Firefighters Defend Homes From “Wall of Flame” in Riverside County

Firefighters had an aggressive wildfire in Riverside County 20 percent contained Tuesday night, but noted that the blaze still has "extreme" potential to grow.

The blaze charred rugged terrain near Lake Elsinore, spreading along heavy chaparral and coming dangerously close to homes. The blaze was estimated to be 1,400 to 1,500 acres and some 1,000 firefighters were working to contain it, according to the U.S. Forest Service.

The Falls Fire in Southern California's Cleveland National Forest, about 70 miles southeast of Los Angeles, was reported about 10 a.m. Monday near Ortega Highway (SR-74) at Decker Canyon, according to the Riverside County Fire Department. 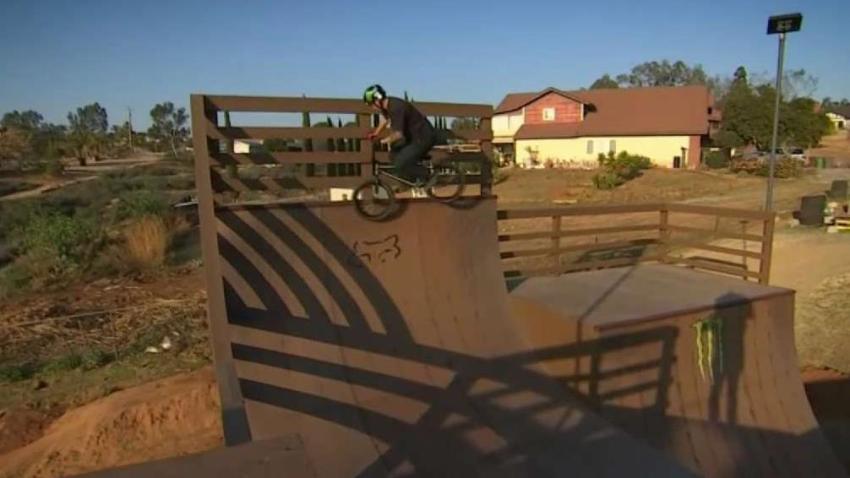 BMX Bikers Live the Dream in Riverside Back Yard

A smoke advisory was issued Tuesday for the surrounding area by air quality officials, who warned that portions of the Perris Valley, Lake Elsinore and the Temecula Valley may have unhealthy air.

The fire came close to homes Monday evening, frightening some residents who decided to stay in the evacuated areas.

"There was about a 50-foot wall of flame coming right towards us," said homeowner Edgar De La Cruz. "And next thing you know, the wind died down and it gave the helicopters a chance to do what they do."

No homes have burned, but fire officials said there were reports of damage to other structures.

Evacuation orders for residents in Lakeland Village were lifted at 9:30 p.m., according to the Riverside County Fire Department. Residents of Decker Canyon remained under mandatory evacuation orders early Tuesday.

An evacuation center was established at Lakeside High School in Lake Elsinore.

Highway 74, which winds through the forest, was closed between Grand Avenue and Antonio Parkway.

Humidity levels reached 95 percent early Tuesday and winds were calm. Conditions are expected to change Tuesday afternoon when temperatures climb into the low-90s.

Temperatures in the area reached 93 degrees Monday evening with wind gusts of 9 mph, according to the National Weather Service. Humidity in the area hovered around 29 percent.

More than 360 firefighters and aerial units, including air tankers, were assigned to the wildfire. Containment estimates were not available Tuesday morning and a cause has not been determined.

Fire officials said the area probably has not burned for 20 to 30 years.

A modified DC-10 aircraft soared over the fire Monday afternoon, dropping a line of fire retardant on the hillside above the homes.