Two of the Marines were only 21 years of age, the youngest but 18, preparing for an overseas deployment.

As the rescue operation off the coast of San Clemente Island has given way to a recovery effort, more information about the young Marines and Navy sailor now presumed dead at sea is coming to light, including three of them from Southern California.

Returning from a training mission Thursday, they were aboard aboard an amphibious assault vehicle when it began taking on water and sank in 600 feet.

Two of the Marines were only 21 years of age, the youngest but 18, preparing for an overseas deployment.

"A grateful nation and the Department of Defense grieve the tragic loss of the Marines and Sailor lost in the amphibious assault vehicle accident off the coast of San Clemente Island. Our prayers and condolences are with the family and friends of these brave young men," said U.S. Defense Secretary Mark Esper on Monday. 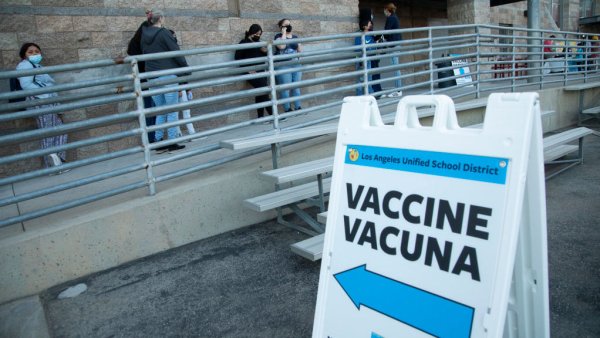 At least until more is known about what went wrong, the Marine Corps has suspended training in water with those amphibious assault vehicles.

Joining the Corps was a dream fulfilled for Lance Cpl Marco Andres Barranco, 21, who went by Andy.

"He was passionate about it," his uncle Jorge said.

Jorge said Andy had called a couple weeks before with the news he was preparing for his first overseas deployment.

He was about to ship out with the 15th Marine Expeditionary Unit, engaged in training for beach landings from an amphibious assault vehicle.

Fifteen AAVs were taking part Thursday in the training, 75 miles off the mainland at San Clemente Island, when upon returning to their mothership, the USS Somerset, one AAV with 16 aboard began taking on water.

Barranco was among the eight that rescuers were unable to find, believed to have been trapped inside when the 26-ton vessel that sank at a location 600 feet deep.

Sunday the search mission acknowledged it had now become a recovery operation.

"He served and he was proud to be Marine, to make his family and his country proud," Jorge said.

He shared a GoFundMe that is raising funds for his family.

Among the eight lost at sea was 21-year-old Marine Cpl Cesar Villanueva of Riverside.

Villanueva was a newlywed who had hopes of starting a family of his own.

His mother, Maria Villanueva, said her son will be remembered for his kind and outgoing personality.

“I am devastated. What occurred is very terrible,” she said.

According to Maria Villanueva, Cesar Villanueva told his two brothers before joining the Marines that if he were to die, they should not be sad and instead remember that he will always love them.

Jodie Villanueva, another relative of the fallen Marine, said the tragedy is a "hard pill to swallow," made even more difficult by the angst brought on by the recovery mission.

"I know he’s going to be truly missed by a bunch of people, his family, his friends, everybody," Jodie Villanueva said.

NBC 7's Bridget Naso spoke with a relative of one of the missing Marines.

PFC Bryan Baltierra of Corona, only 18, enlisted in the Marines July 29, 2019 and died at sea just a year and a day later.

He was born in Federal Way, Washington but eventually moved to Corona where he graduated from Centennial High School last summer, shortly before enlisting.

"He has always dreamed of joining the military since he was a little boy," a statement from his mother Evelyn Baltierra read. "He was only 17 when he entered the Marines. He was able to achieve his dream and become a proud Marine for our country."

Evelyn Baltierra said her son enjoyed the Marine Brotherhood, and said the bonds he formed with his brothers brought him great joy.

A GoFundMe page was created to support PFC Baltierra's parents and three sisters.

"My dear Bryan, my one & only son, was a wonderful man who radiated positivity and expressed his wonderful smile to all he met. He cared very much for his family and friends. Whether it was paint balling, going to concerts, or dining at his favorite restaurants, he enjoyed doing all these activities with loved ones. Bryan truly enjoyed the company of others. There were always lots of smiles and laughs with whomever he was with.

Our family resides in Corona, CA. Bryan was born in Federal Way, Washington on September 18th, 2001. Bryan is half Filipino and half Hispanic.

He just graduated Centennial High School in Corona, CA last year, June 2019. He has always dreamed of joining the military since he was a little boy. He was only 17 when he entered the Marines. He was able to achieve his dream and become a proud Marine for our country.

My family and I last saw him on July 12th, 2020 when we took him back to Camp Pendleton. He was with us for the weekend. He constantly texted us or sent Snapchats in our family group chat when he could.

Bryan enjoyed the Marine Brotherhood. The bond he was able to have among his brothers brought much joy into his life."

The Marine pronounced dead Thursday, and the seven Marines and one Navy sailor presumed dead after the search and rescue mission was called off were identified Monday.