Robert Fuller was found with a rope around his neck about 3:40 a.m. last Wednesday in Poncitlan Square, across from Palmdale City Hall.

Lawyers for the family of a 24-year-old Black man found hanging from a tree in Palmdale said Tuesday that they will seek an independent investigation and autopsy to determine his cause of death.

Robert Fuller was found with a rope around his neck about 3:40 a.m. last Wednesday in Poncitlan Square, across from Palmdale City Hall. Authorities initially said the death appeared to be a suicide, although an official cause of death has not been made.

“The Sheriff's Department immediately declared his death a suicide without completing a full and thorough investigation,” said attorney Jamon R. Hicks with Douglas/Hicks Law. “The lack of investigation and dismissal of this as a potential murder or hate crime has enraged Mr. Fuller's family and the entire Antelope Valley community.

Hicks said the family is asking for the independent autopsy to be paid for by the city of Palmdale.

On Monday, Los Angeles County Sheriff Alex Villanueva vowed to conduct a thorough investigation into the death -- with cooperation from state and federal law enforcement.

During a news conference at the downtown Hall of Justice, Villanueva said he had called state Attorney General Xavier Becerra and reached out to the FBI, whose civil rights division will also monitor the investigation.

“It is in our interest to make sure that we leave no rock unturned,” Villanueva said, promising full access to outside investigators. “This death investigation obviously is of great concern to the community, not only of Palmdale, but throughout the nation. Robert Fuller was a young man in the prime of his life, and his death obviously is painful for many people.”

Hundreds of residents have taken part in vigils and protests in the days since, many condemning what they saw as a rush to judgment to proclaim Fuller's death a suicide without examining the possibility of foul play. Some deemed his death a lynching.

Medical Examiner-Coroner Dr. Jonathan Lucas told reporters Monday an autopsy was conducted Friday, but the cause of death has been deferred pending further investigation and toxicology tests. He said the initial report was that the death was consistent with a suicide and there were no signs of foul play.

“Initially there wasn't any evidence that lead us to believe there was anything other than a suicide,” Lucas said.

However, Lucas felt a deeper look was warranted and promised that no finding as to the cause of death would be made until all of the evidence is in hand.

“It is a tragic, sad death ... we are doing everything we can to find out what happened,” Lucas said.

Capt. Kent Wegener of the sheriff's homicide bureau said forensic analysis would be performed on the rope used in the hanging and any video evidence closely reviewed.

City Hall and the surrounding government buildings have no outdoor security cameras, according to Wegener. However, investigators are hopeful that nearby businesses -- many of which remain closed -- may have surveillance video of Fuller alone or accompanied entering the park, Wegener said during an afternoon town hall with Palmdale and Lancaster residents.

Robert Fuller was found hanging from a tree and his death was deemed a suicide. However, his family doesn’t believe that explanation. Christine Kim reports for Today in LA on Saturday, June 13, 2020.

Fuller's medical history, including during time living in Arizona and Nevada, will also be reviewed, Wegener said. A case manager with the Department of Public Social Services who was assigned to Fuller -- for reasons that have not been revealed, but would typically relate to receiving some kind of county benefits -- will also be interviewed.

Lt. Brandon Dean said investigators had been planning to meet with Fuller's family, but that meeting has been delayed. Wegener later said the family has backed away from conversations with law enforcement after hiring legal representation.

Fuller's sister has rejected the idea that her brother might have taken his own life.

“We want to find out the truth on what really happened,” Diamond Alexander said Saturday, according to the Los Angeles Times. “Everything they told us is not right. We just want the truth. My brother was not suicidal. He was a survivor.”

During the Monday afternoon town hall, multiple residents pushed Villanueva on the issue of why investigators originally assumed Fuller's death was a suicide.

Pressed by a woman who said she visited the tree and didn't see what she would expect at the scene of a suicide, Wegener offered additional details.

“What we noticed from the tree initially is ... it was very easily climbable. We also noticed that the rope was secured in the tree up above, it wasn't secured to a place on the ground … someone had to be up in the tree to secure that rope,” Wegener said.

“All this is part of the investigation ... which is ongoing.”

Another participant in the afternoon town hall who grew up in Palmdale urged Villanueva to have a diverse team of investigators handle the case.

“I would just implore that the team investigating is diverse, I would implore that implicit bias is something that is taken into account … especially knowing Palmdale, being from there myself, going to high school where confederate flags were flown,” she said.

Villanueva responded: “I hear you, and that's actually not a bad idea at all. I know the issue about the Confederate flags flying, they're not as popular today as they were in the recent past and that's a good thing.” 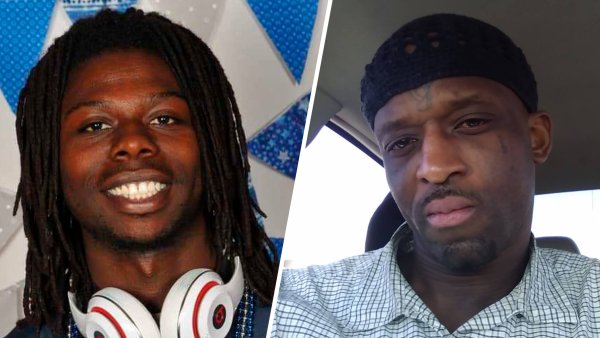 Feds to Review Cases Into Hanging Deaths of 2 Black Men 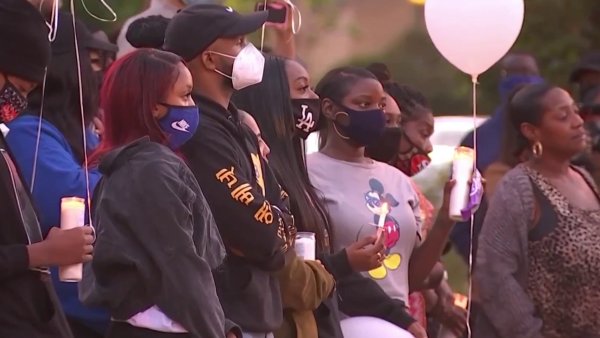 “And hopefully, we won't see them flying ever again. I'm not going to tolerate racism ... much less in the ranks of our homicide investigators ... We're going to get to the bottom of it so that we have full closure for the family.”

Hundreds of people gathered at Palmdale City Hall on Saturday to demand answers about Fuller's death. Various elected officials over the weekend called for Becerra to get involved in the case.

“I asked California State Attorney General Xavier Becerra to conduct an independent investigation into the death of Mr. Robert Fuller, who was discovered hanging from a tree in the city of Palmdale,” county Supervisor Kathryn Barger said.

“The attorney general, as the lead attorney and law enforcement official for the state of California, will lend additional expertise and oversight into this important investigation and provide the community with the answers they deserve.”

Barger added, “It is my hope that our collective efforts will help to support those struggling and grieving surrounding the circumstances of this tragedy.”

State Sen. Scott Wilk and Assemblyman Tom Lackey, both Republicans from the Antelope and Santa Clarita valleys, also called for Becerra to investigate the death.

Hicks encouraged anyone with information about Fuller's death to contact the firm at 323-655-6505.

On May 31 in Victorville, which is about 50 miles east of Palmdale, the body of another black man was found hanging from a tree.

Malcolm Harsch, 38, was found at 7 a.m., hanging from a tree near a homeless encampment.

The San Bernardino County Sheriff's Department has made a preliminary determination that his death was also a suicide and that no foul play was involved, although the case remains under investigation. And, like Fuller's family, Harsch's relatives are doubtful he took his own life. 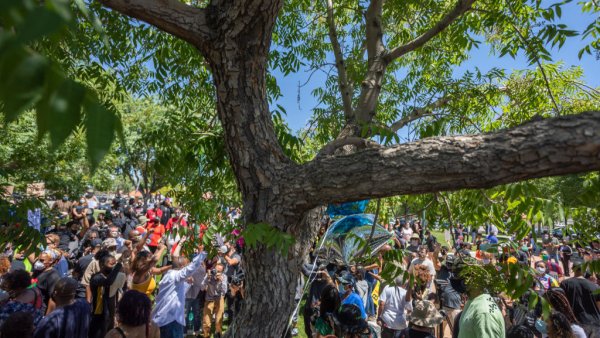 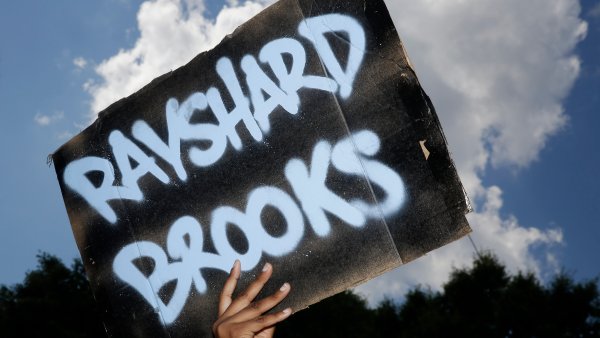 Protesters in US Call Attention to Deaths of More Black Men