‘This Is Horrible': Daybreak Reveals Heartbreaking Scenes in Long Beach

Volunteers began arriving Monday morning to help clean up some of the areas hardest hit by looting and vandalism just hours earlier in Lon Beach.

Looters and vandals who rampaged through Long Beach Sunday left behind a painful sight for community members who arrived in the downtown area at daybreak to see the destruction and clean up.

A property manager at one of the hardest hit locations expressed his sorrow for the business owners, may of whom were already struggling to recover due to the coronavirus pandemic. He said it looked like a bomb went off on the stretch of Fifth Street near Long Beach Boulevard, the result of people who took advantage of what should have been a peaceful protest.

“I saw it all unfold last night, but being here, seeing it in person, this is horrible,” said the property manager, who identified himself as Marc, as he fought back tears. “You have a mom-and-pop shop just struggling to stay afloat. They’ve been closed for two months. Now, all their windows are broke. This is devastating for businesses.

The day began with a peaceful protest over the death of Minneapolis resident George Floyd, a handcuffed black man who pleaded for air as a white police officer pressed his knee against his neck for several minutes. Thousands of people in Long Beach participated in the march, which was marred by widespread looting Sunday in the downtown area and other commercial areas around the city, prompting the mayor to request National Guard troops to help restore peace.

Guard members with trash bags helped business owners with brooms and others pick up debris early Monday. At least one was seen comforting Mark, placing a hand on his shoulder as they talked.

L.P. Simmons was shaking his head in frustration as he looked at what looters did to his community. He called it a disgusting exhibition of human behavior.

"These guys who were out here, they weren't trying to send a message about Mr. Floyd," Simmons said. "It was groups of people, five to 20, in groups of cars. One guy had a pipe wrench.

A Long Beach resident arrived at daybreak to see what looters and vandals had done to his community. Toni Guinyard reports for Today in LA on Monday June 1, 2020.

Before the violence, several thousand people took part in a protest that started at 3 p.m. at Long Beach Police Headquarter. They marched along Ocean Boulevard and back to downtown, according to police and media accounts.

Looters began their assault around 5 p.m., hitting several businesses in The Pike Outlets including T-Mobile and Luxury Perfume. They also stole from the Jean Machine in the City Place Shopping Center, Mark Schneider Fine Jewelry in the Promenade, a Ross store and several businesses along Long Beach Boulevard including El Super and a CVS.

A business that appeared to have been looted earlier in the day was on fire at 10 p.m. Eliana Moreno reports for the NBC4 News on Sunday May 31, 2020.

They could be seen making multiple trips inside stores to carry out armfuls of merchandise which they loaded into awaiting vehicles, taking selfies and smiling for television cameras.

“Heartbreaking,” was the way Long Beach Police Chief Robert Luna described the turn of events. “We planned for a large group of protesters to express their anger in a positive way,” he said. That meant bringing in hundreds of officers -- four to five times the usual Sunday staff -- who were quickly overwhelmed because once officers gained control of an area they could not give it up and looters moved on.

“We knew we were going to get agitators but we didn't expect this number,” Luna said. Mutual aid arrived in the form of officers from departments around the area and sheriff's deputies. As of 9 p.m., the National Guard troops were on the way, officials said.

“We will bring peace back to Long Beach,” Luna said. “I promise you that.” To looters he said: “We're going to come after you and we're going to put you in jail.” 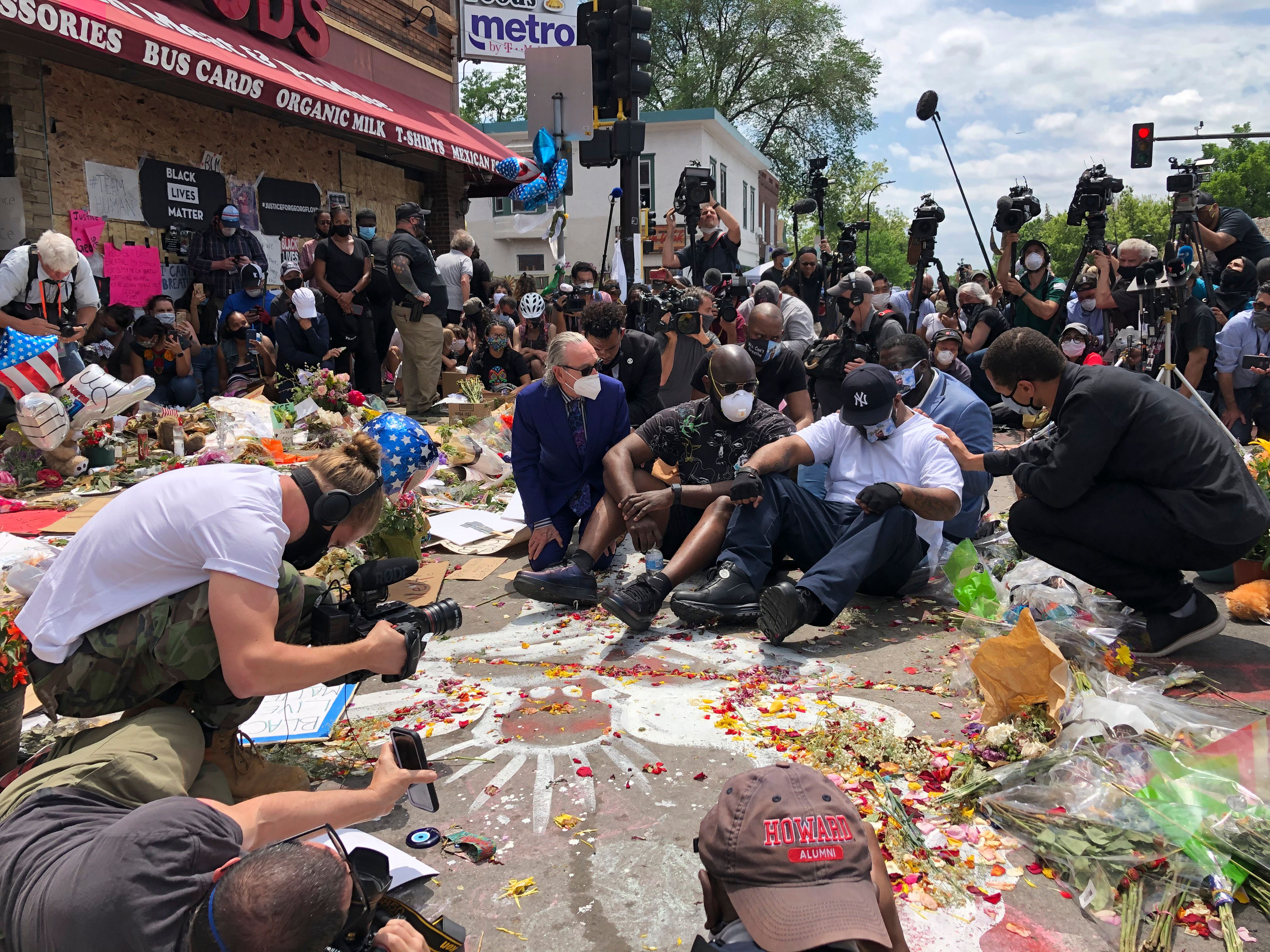 Luna expected the number of arrests to increase as the growing law enforcement presence enforced the countywide curfew.

Many of the looters are believed to have come to Long Beach from other areas.

Looters also attempted to hit stores in nearby Lakewood. An alert sent out by Lakewood city officials said: “Sheriffs made arrests quickly for commercial looting in Lakewood and are handling the issue. Please stay home,” and “Lakewood's Sheriff personnel are fully deployed. Lakewood's primary and reserve Sky Knight helicopters are up and watching the city.”