The fire broke out just after midnight and burned east of the 405 Freeway.

A brush fire that broke out just after midnight burned about 50 acres early Wednesday in the Bel Air area, creating an apocalyptic scene in an area with a history of fast-moving and devastating fires.

Containment was at 15 percent early Wednesday.

The fire was reported around 12:13 a.m. in the 1300 block of North Sepulveda Boulevard, according to the Los Angeles Fire Department. The flames were burning east of the 405 Freeway near Getty Center Drive and burning in an eastward direction, according to LAFD Public Information Officer Erik Scott. 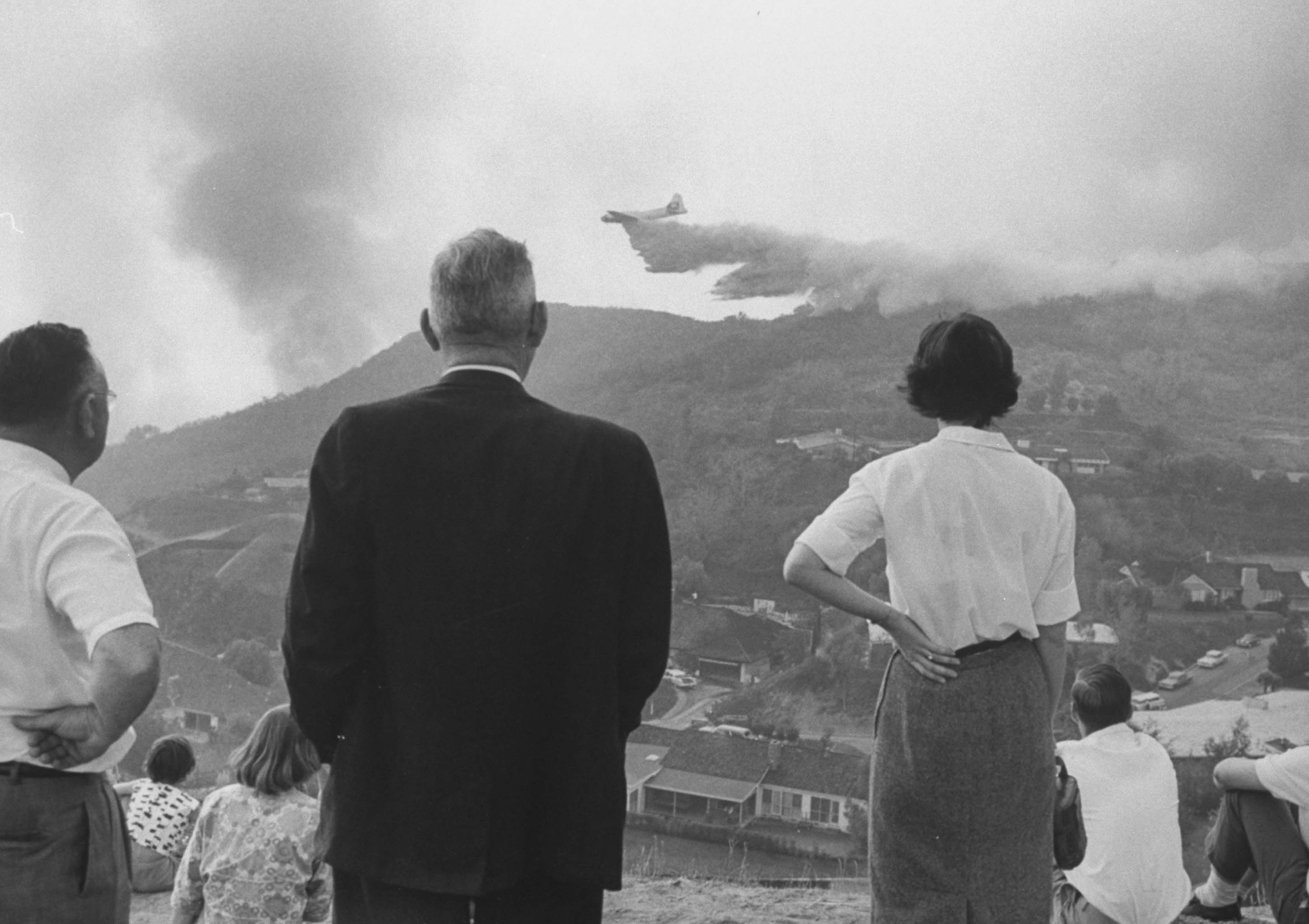 From the Archives: The November 1961 Bel Air Fire Disaster

Diamond in the Rubble: Firefighters Find a Ring With a Storied Past in Getty Fire Aftermath

No evacuations were ordered and no structures were under threat, the LAFD PIO said, but firefighters were setting up a precautionary structure defense. The department was using all of its water dropping helicopters to fight the fire, according to Scott.

"We've had multiple fire in this area," Nazanin said. "Thankfully, we didn't have major winds tonight. Seeing as the smoke was shifting south, that's where we live, that was a concern for us."

A woman who lives near a wildfire in the Sepulveda Pass captured flames on camera. Michelle Valles reports for Today in LA on Wednesday June 10, 2020.

Last fall, the Getty Fire burned more than 700 acres in the Brentwood area. It's believed a tree branch fell and caused arcing and sparking of power lines, setting off the fire.

In December 2017, a the Skirball Fire burned about 400 acres in the Bel-Air area and destroyed six buildings.

The area's most destructive fire was in November 1961, when nearly 500 homes were destroyed in a fire that roared over a mountain ridge and swept through canyons in the Bel Air community.

Scott highlighted the conditions as being hot and dry with little wind. The lack of strong winds is especially helpful in stopping the spread of fires.

Video provided to NBCLA showed glowing hills off the 405 Freeway near the Getty Center Drive exit in the Sepulveda Pass.

The LA County Fire Department and the the Mountains Recreation and Conservation Authority were both assisting the firefight, according to the LAFD.

The California Highway Patrol said that the off-ramp to Getty Center Drive had been shut down due to the fire.