The three-story building is about 100 years old with weaker walls and an unreinforced structure, and there's a real concern of a collapse, according to the Los Angeles Fire Department.

The fire broke out at a three-story masonry building near the intersection of S. Los Angeles Street and 3rd Street shortly before 2 a.m.

Los Angeles Fire Department says it declared the blaze a "major emergency" fire, and at the height of the incident, 150 firefighters took part of an "active firefight." Approximately 78 firefighters remained on scene as of 7:45 a.m.

Small popping sounds could be heard in video from the scene, and flames were seen on both sides of the street. A homeless encampment across the street caught on fire, LAFD said.

The Red Cross is assisting those that were displaced by the fire, LAFD Public Information Officer Erik Scott said.

"Neither the structure nor tenants of a modern 6-story retirement apartment community separated by an alley to the east, sustained any injury or direct impact from the fire, and were allowed to remain in their homes," LAFD said in a statement.

Crews also prevented the flames from reaching an adjacent, unoccupied five-story center-hallway apartment building to the north that was undergoing renovation.

At least four businesses were impacted by the fire, including two smoke shops, said LAFD.

Scott added that a significant explosion occurred and rolling steel doors were blown out onto the street.

The three-story building impacted by the fire is about 100 years old with weaker walls and an unreinforced structure, according to Ortiz who added that an Urban Search and Rescue team is at the scene monitoring any shifts in the building due to concerns of a significant collapse.

A portion of the rooftop did eventually collapse.

The immediate area is shut down and will remain so for several hours, LAFD said. Bus service and commuter traffic will be impacted in the area. Residents are being asked to stay away. 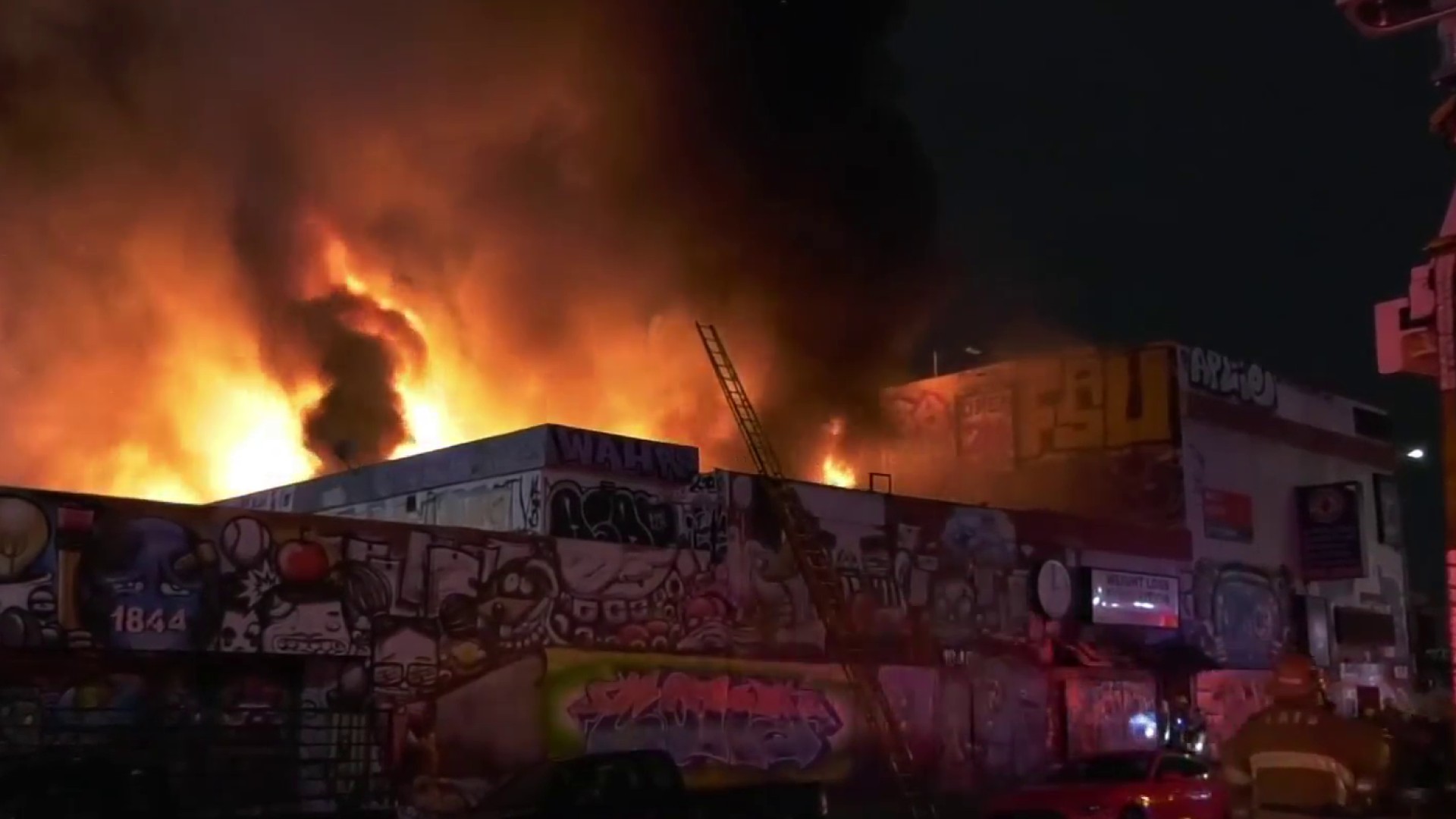