A sheriff's detective who won praise for boldly shepherding frightened people out of the San Bernardino building where a couple opened fire last week said he did nothing that anyone in his position wouldn't have done.

Detective Jorge Lozano said he knew the frightened people, including a terrified child, were relying on him for comfort and calm, so he provided it. The video of him assuring the group that, "I'll take a bullet before you do, that's for damn sure" quickly caught national attention, one of the few bright spots in a horrific moment of terror.

But Lozano didn't step forward to take credit for it until a news conference Tuesday night, where he explained what happened.

"There was a female there with a small child, maybe an 8-year-old little boy, that was just terrified, just shivering, almost to the point of shaking like a leaf and I said what I said," Lozano said. "I meant what I said. I said it for them just to kinda calm down, relax."

Lozano was among the first 24 law enforcement officers to arrive at the Inland Regional Center where a married couple went on a shooting rampage, killing 14 and, as the FBI said Thursday, injuring 22 in a case President Barack Obama has called a terrorist attack.

Lozano said his words to the scared survivors weren't anything special despite the attention they've gotten: "I don't feel like a hero whatsoever."

Other first responders, from several responding agencies, gave their stories on Tuesday. 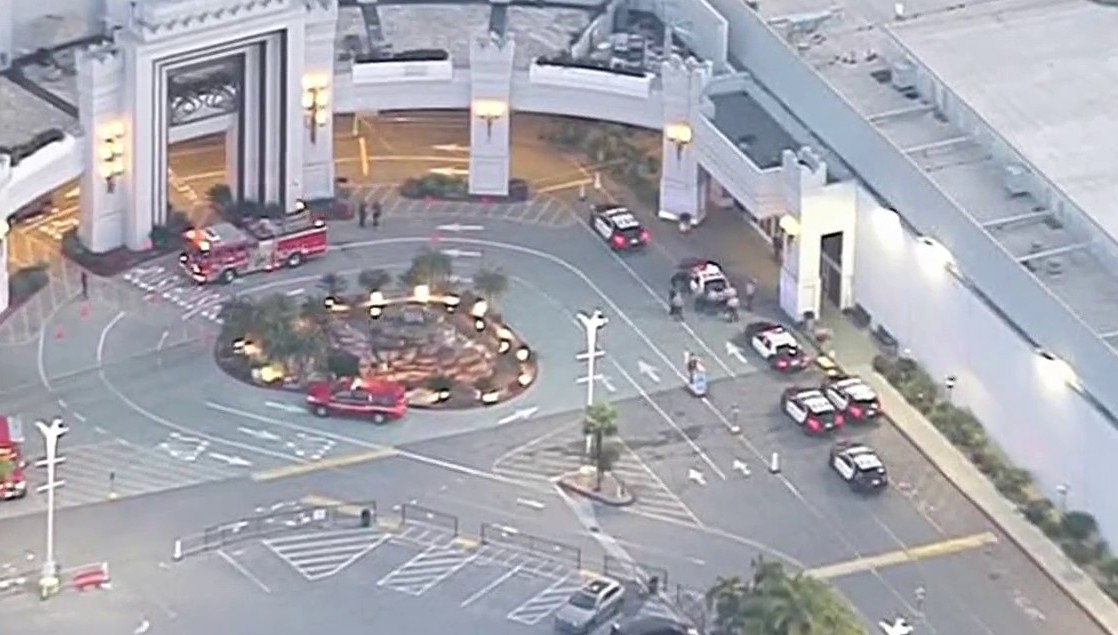 Deputies Search Commerce Casino After Report of Man With Knife

With the alarms going off, the sprinklers on and their vision dimmed by smoke from gunpowder, the first groups of officers encountered chaos at the scene of Wednesday's attack.

"We didn't have any cover. We didn't know where in the building the gunmen were," said Detective Brian Lewis, of the San Bernardino Police Department. "We didn't know exactly how many people were down, but we knew that we needed to get in there and save them."

Added colleague Lt. Mike Madden, the first officer on scene: "I think we fully expected to take gunfire, which we did not."

Dispatchers helped guide the group of four officers into the Inland Regional Center, unable to help the injured as they searched to clear the area of any possible shooters, who could yet hurt many more.

He said that he and his partner heard people screaming for help.

They were hiding between cars in the parking lot. Some had been shot and needed help. Scarano and his partner started loading people into the bed of their trucks and driving them away from the scene, then returning for more. Between 15 and 17 at first.

Officer Brian Alvarez, of the California Highway Patrol, said that one of the reasons they all came running is because "this is what we train for. We sign up for this."

"They didn't sign up for this," he said of the victims. "They were having a holiday party. They were going to work. This is not what they were expecting to encounter that day."