The pursuit began when Los Angeles Police Department officers ran the plates of a white Mercedes and the results indicated that the car had been stolen.

At least five people were injured after a two-minute police chase early Monday morning ended in a crash between the suspect's car and two other vehicles, including a LADWP work truck.

A portion of Western Avenue and Franklin Street remained blocked off Monday around 6 a.m., as authorities investigated.

The chase began at Franklin and Highland Avenue, continuing for just over a mile and a half.

The pursuit began when Los Angeles Police Department officers ran the plates of a white Mercedes and the results indicated the plates were actually from another vehicle, leading police to believe the car was stolen.

The crash occurred at 1:16 a.m., when the Mercedes blew through a red light and hit two vehicles in the intersection, including a Los Angeles Department of Water and Power work truck.

The man driving that work truck appeared to be conscious and alert, despite the deployment of an airbag in the vehicle.

The LADWP has not yet responded to requests for comment on the condition of that employee.

After the impact, one man was seen running away from the totaled Mercedes-Benz SUV, with police following on foot.

Officers caught up with the man and brought him into custody, where he faces possible charges of felony evasion of the police, possession of a firearm, and possibly driving a stolen vehicle.

A handgun was also recovered from the Mercedes after the crash. 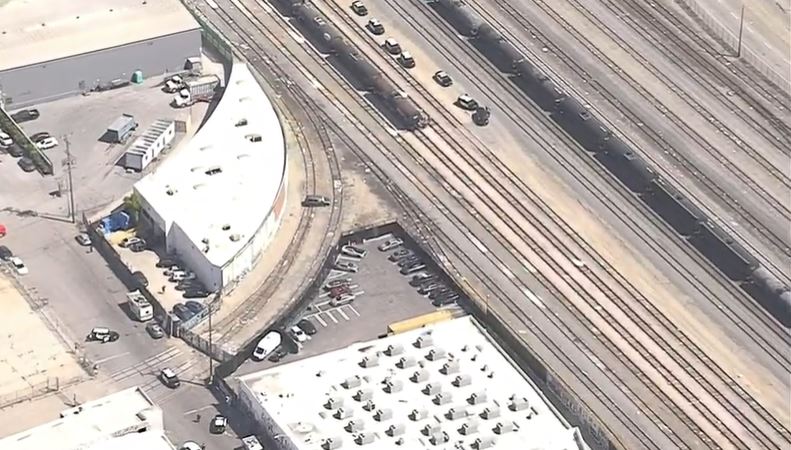 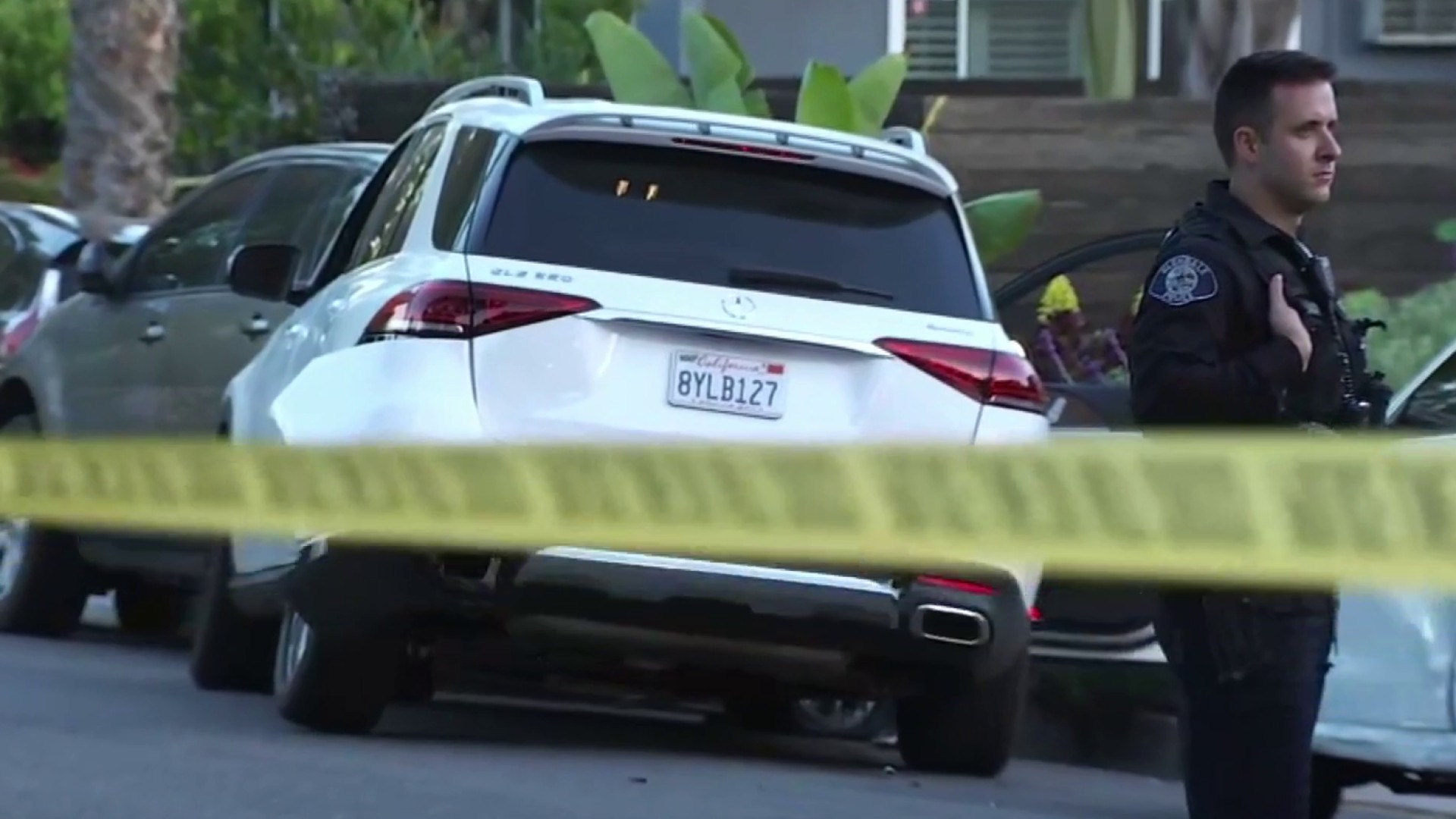 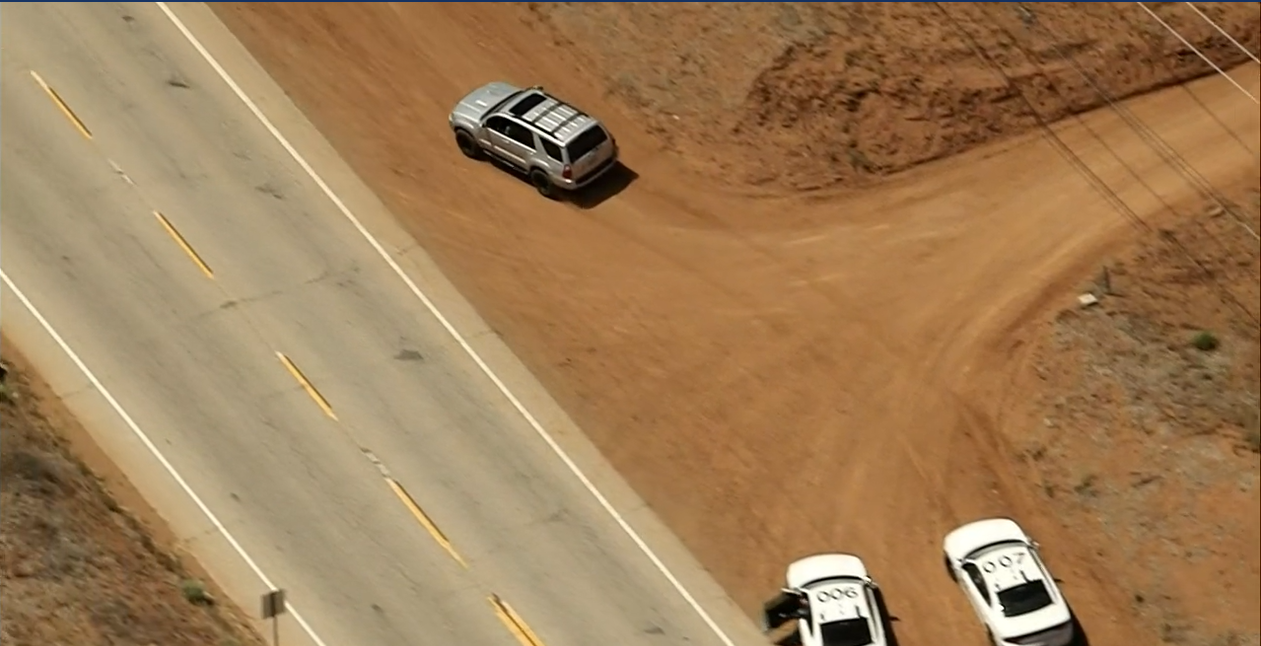 The LAPD confirmed there was one passenger in the SUV, who was critically injured. Earlier reports from the LAPD said there were two passengers.

All passengers in the car were taken to the hospital.

According to the Los Angeles Fire Department, as many as five people were hurt during the crash.

The incident is under investigation.