"I was born and raised here," Villaraigosa said on NBC4. "I have never seen this town so dirty, I've never seen crime go up so quickly."

In what appeared to be a stinging critique of his successor, former Los Angeles Mayor Antonio Villaraigosa called the city he once lead "rudderless" and "adrift."

"I was born and raised here," Villaraigosa said Sunday on NBC4's NewsConference. "I have lived here my entire life. I have never seen this town so dirty, I’ve never seen crime go up so quickly… the spread of homelessness… I think there is a lack of clear leadership in this town."

When pressed, the 41st Mayor of Los Angeles said his criticism wasn’t entirely about Mayor Eric Garcetti, nor did he blame the current mayor for leaving office early to take a job in the Biden administration. Nevertheless, he argued that there was a "lack of leadership" coming from city hall which he hears "all over this town."

"I think, to many, Rome is burning" Villaraigosa said. "I shined shoes on 7th and Broadway and sometimes on 5th and Broadway… I know Broadway and downtown. I remember when we left in 2013 it was booming… and we are going to have to do something. Humane yes, but something, to address the level of homelessness."

Villaraigosa this week endorsed Rep. Karen Bass in next year's race for Mayor. The two have known each other for almost 50 years, back when they were both community activists. Both served in the state Assembly and both served as Assembly Speakers.

"We need somebody like her to bring us together," he said. "To take on these challenges. To treat the issues facing this city with a sense of urgency." 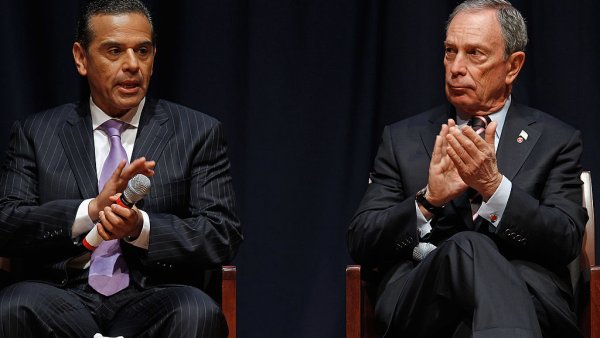 "I’ve known him as well for 40 years and I have a lot of respect for him and his family… but there is no question all of this has taken together is really undermining a sense of trust in our city government," Villaraigosa said.