The four suspects, all between 19 and 22 years old, are just a few of the individuals sought by the Los Angeles County Sheriff's Department in relation to Friday night's flash mob burglary at a Home Depot.

The Los Angeles County Sheriff's Department on Sunday confirmed that the four individuals arrested in Beverly Hills on Saturday, after driving in a car with no license plates, are in fact four suspects in a Lakewood flash mob burglary.

Those suspects were identified by the Sheriff's Department as:

The Lakewood theft, which took place at a Home Depot around 7:45 p.m. Friday night, occurred when several men entered the store at 7:46 p.m. Friday, walked directly to the tool aisle and stole various sledgehammers, crowbars and hammers valued at approximately $400.

"One customer actually stood up to them, and then they threatened him, and then he went back," said one store employee, Luis Romo, said of the incident. "That's why in the video you could see him, like, panicked. And then they just ran out the front to their cars, and they left in a red Mercedes, I saw."

The four young men in the vehicle were all dressed in dark clothing, and new tools, suspected to be from Home Depot, were in the car with them, the Sheriff's Department statement read.

"All of the occupants were further detained pending the arrival of LASD personnel, as was the red vehicle believed to have been used in the commission of the earlier crime." 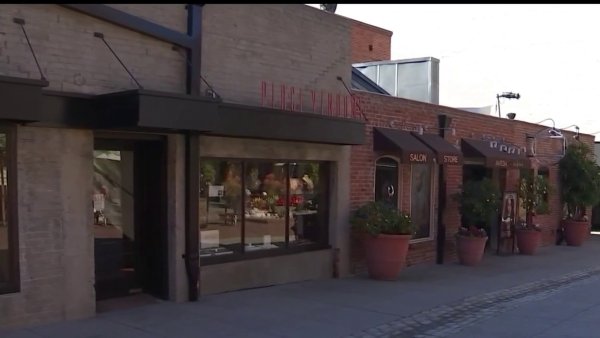 Detectives Search for Suspects After String of Robberies in LA Area

The three suspects who have been booked were booked at Lakewood Station for conspiracy to commit burglary; the fourth will be booked after receiving medical treatment. The reason for the medical treatment is not yet known.

"There are still several more suspects, and suspect vehicles, being sought in this flash mob burglary and many more like it," the Sheriff's Department said. "Anyone with information about this incident is encouraged to contact the Los Angeles County Sheriff's Department's Lakewood Station at (562) 623-3500."