From His Blue House to His ‘LA' Wedding Ring, This Dodgers Fan Bleeds Blue

The Salvadorian from the city of Sonsonate says he has invested thousands of dollars in Dodgers merchandise and game tickets.

Emerson Díaz says his love for the blue and white team goes back well over 20 years. Before the coronavirus pandemic, he says he was going to at least 30 games per season.

"I've been to every game in the playoffs to a few games, both games in the World Series," the 47-year-old said.

The Diaz family recently bought a house in Panorama City, and he says the first thing he told his wife was that he was going to paint the house blue.

Díaz's wife wasn't convinced of her husband's color choice, but when she saw some blue houses on Pinterest "she liked how it looked," and gave him the green light.

“The minute she said ok, I called the painter and showed him the paint, and asked him go and buy it, right now," Díaz recalled.

Moments later, he said that his wife was doubting the color, but I told her “it's too late, the paint has been bought,” Diaz said with a smile.

The blue house is just an example of the love that the Salvadorian from a city called Sonsonate has for the Los Angeles team, as he claims to have invested thousands of dollars in Dodgers merchandise and games.

"I have bought signs, tablecloths, rugs, armchairs, wines, exclusive tequilas, a bar, exclusive dolls, shoes, belts, among other things, even the wedding ring," he said.

He even made an altar for the players with candles and religious statues in hopes that they would win the National League Championship in game 7 against the Atlanta Braves.

“In my mind, I feel like they won because I was asking God to let them win. As children, we are raised to pray and having faith, and that's what I did," said Díaz.

Diaz said he married in 2008, and that over the years he has purchased several rings with the Dodgers logo. "I'm practically married to the Dodgers," he said with a grin.

Díaz recalled a wedding he went to in Atlanta in 2017 with his family.

"I find out the Dodgers were going to play in Chicago at Wrigley Stadium, I told my wife and with her permission, I  bought my ticket from Atlanta to Chicago, rented a hotel room, car and bought my ticket for Sunday’s game at Wrigley’s Stadium. After the game I flew back to Atlanta to pick up my family, and we all came back to LA," he said.

“My wife supports my love for the Dodgers. When we met, she knew I was a Dodger fan, but so was she, so we clicked,” Diaz added.

The Tampa Bay Rays and Los Angeles Dodgers will battle for the 2020 World Series title after a pandemic-shortened 60 game season and expanded playoffs.

And despite the fact that almost all the rooms in the new house are decorated with something from the boys in blue, he did emphasize that the only room that he doesn't have the freedom to decorate is the bedroom. Diaz said he looks forward to having a Dodger comforter for that room.

Diaz, who is leader of the Teamster Local 952, said his coworkers know of his loyalty to the Dodgers, but what makes him most proud is that his two daughters are also huge fans. 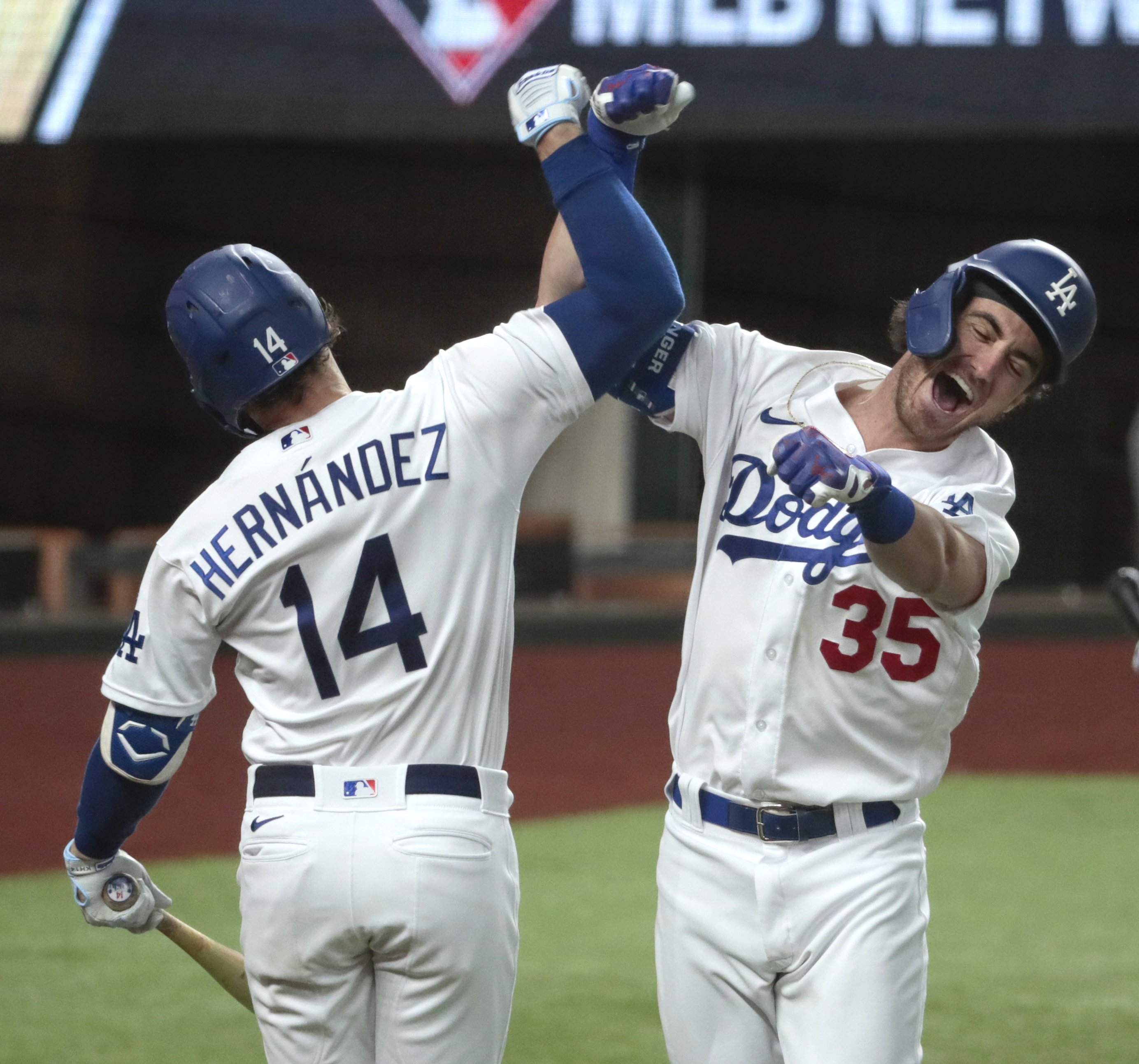 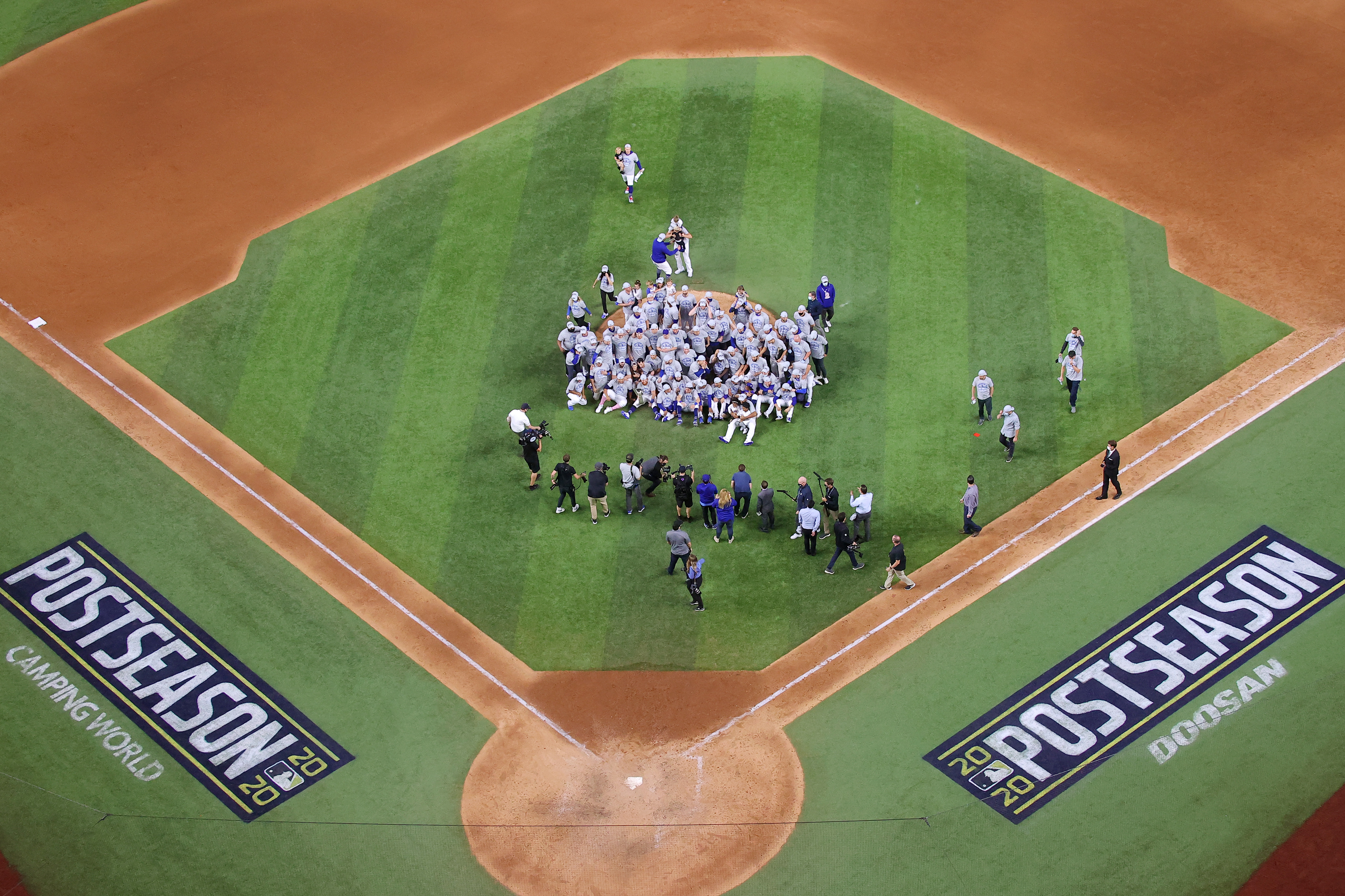 "When they go to games with me, they are happy," he said.

Now Diaz is preparing to celebrate the teams win against the Tampa Bay Rays with his family because he says the Dodgers will definitely win the World Series this weekend.

"I already have my flight, car, and hotel set aside to go to Texas and witness my team become the champions."