Garcetti said during his COVID-19 update there could be as many as 11,000 total deaths in Los Angeles County by the end of the year, according to county public health officials' data.

A Regional Stay at Home Order will go into effect Sunday in Southern California only if the available ICU bed capacity remains under 15% by Saturday.

The region's ICU capacity was 13.1% because of the growing number of coronavirus cases, the California Department of Public Health announced Friday night.

The order issued Thursday by Gov. Gavin Newsom goes into effect at 12:59 p.m. the following day after the ICU capacity drops below 15%. It will remain in effect for three weeks.

With new COVID-19 cases in Los Angeles County reaching record levels, Mayor Eric Garcetti said Friday if that trend continues, one in 20 residents could be infected with the virus by the end of the year.

Garcetti said during his COVID-19 update there could be as many as 11,000 total deaths in Los Angeles County by the end of the year, according to county public health officials' data.

“That means 3,000 additional deaths in a single month,” Garcetti said, adding that number is close to as many homicides Los Angeles experienced in the last 10 years.

“It is more deaths than we ever could expect in an excess of normal causes of death before this pandemic. This is the greatest threat to life in Los Angeles that we have ever faced.” 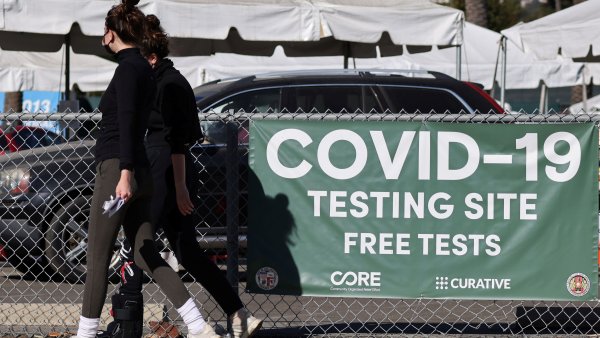 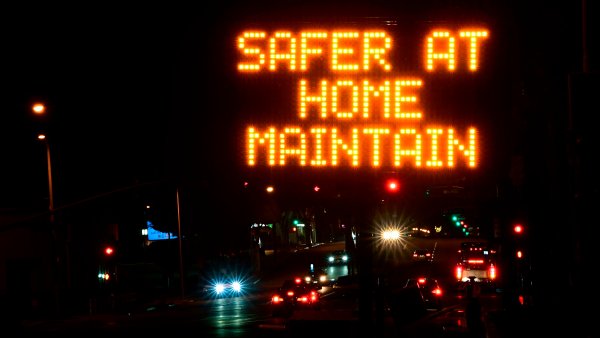 A rapid COVID-19 testing program in Los Angeles has entered its second phase, Garcetti said Friday, which will focus mainly on people ages 5-18 who are not showing symptoms of the virus.

“We hope this program will inform our schools, inform our educators and inform our young people to see how these tests can help us in the future,” Garcetti said.

“It'll open the door to a range of possibilities, helping us stop transmissions earlier, making life safer for everyone from students to first responders.”

The program's second phase began last week at the large testing site in the San Fernando Valley, and in the first phase, firefighters and first responders participated.

“The simple truth is that we know the COVID-19 rapidly spreads and rapidly spreads as a result of our own behavior, but we also know that we can slow that spread by wearing a mask, by washing our hands,” Garcetti said.

Garcetti said the city is expanding its testing at its sites, where he said reservations for a test fill up daily. Garcetti said Los Angeles can now test 40,000 people a day with the recent additions of the San Fernando Valley super testing site and a site at Los Angeles International Airport.

Kaiser-Permanent, for its 15 So Cal hospitals, is pausing elective procedures for at least the next two weeks as cases continue to surge, and they worry about hospital intensive care capacity. Patrick Healy reports for NBC4 News at 5 p.m. on Dec. 4, 2020.

Garcetti said testing site wait times are down despite an increased number of tests conducted.

Although Garcetti acknowledged there was some confusion following his COVID-19 update on Wednesday, he said Los Angeles has not enacted the strictest Safer at Home orders.

However, Los Angeles is in the region that could see those orders enacted by Gov. Gavin Newsom's direction within “the weekend” due to the number of intensive care unit beds the region has available, Garcetti said.