The latest news on the 2020 presidential election
Trump administration

Garcetti: Trump May Need to Be Removed Early After Inciting Surge on Capitol

LA Mayor Eric Garcetti was joined by Councilman Curren D. Price, who pointed out the disparity between police's response to the pro-Trump insurrectionists and Black Lives Matter protesters.

Mayor Eric Garcetti said Thursday if President Donald Trump cannot keep peace in the United States it may be necessary for him to leave office early, joining several Los Angeles leaders accusing Trump of inciting his supporters to storm the U.S. Capitol.

"What we saw yesterday were thugs, thugs who brought an abomination to our nation's capital and who attacked our Capitol. … It was a group of people who were inspired by -- who were incited by the president of the United States of America, a sentence I never thought I would say in my lifetime," Garcetti said in a vaccine-related news conference with several council members in South Los Angeles.

The attack on the U.S. Capitol occurred as Congress was meeting to certify the results of the Nov. 3, election, in which Democrat Joe Biden defeated the Republican Trump, despite the incumbent's repeated unsubstantiated claims of widespread voter fraud that led to his defeat in key swing states and cost him the election. 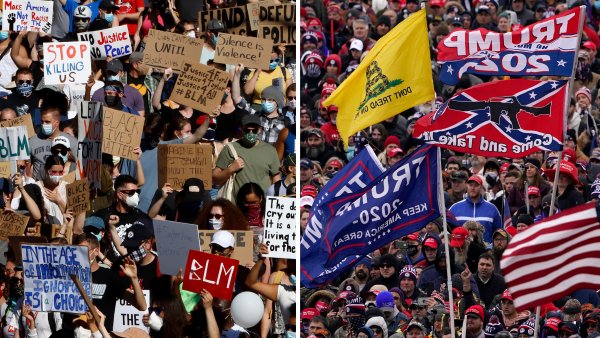 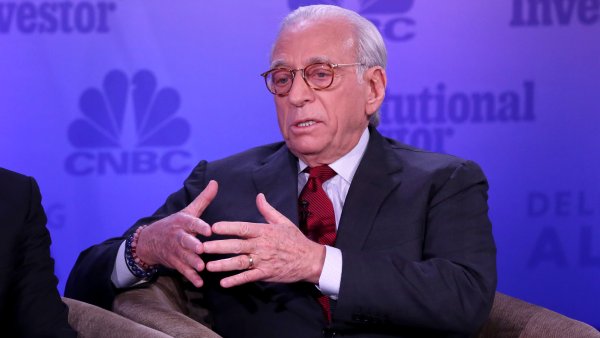 Nelson Peltz Says He Is Sorry He Voted for Trump, Calls Capitol Riot ‘a Disgrace' 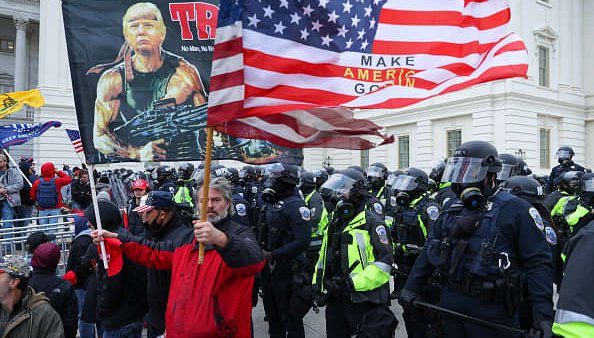 China ‘Is Laughing at Us' After Pro-Trump Capitol Riot, Says Former U.S. Ambassador

At Trump's urging, thousands of his supporters descended on Washington, D.C., Wednesday for a morning rally. The president addressed the massive crowd, repeating his claims of the election being stolen through fraud.

Trump urged the crowd to march to the Capitol.

"It is time to quote you, Mr. President, not to stand by but to stand down," Garcetti said, referencing Trump's calls to the far right Proud Boys group to "stand back and stand by" in September.

"And if necessary, to leave this office early if you cannot keep the peace of this country," Garcetti added. "If you cannot keep the oath which you are sworn to uphold, we raise our hands as elected officials to protect our country against enemies foreign and domestic, we saw domestic enemies yesterday, and it is your duty to defend this country."

Garcetti was joined by Councilman Curren D. Price, who pointed out the disparity between police's response to the pro-Trump insurrectionists and Black Lives Matter protesters.

"Had that been a Black and brown crowd, as it was earlier in the summer, you know the troops would be out in coordination from a variety of jurisdictions," Price said, compared to "very little to stop the surging throng of hoodlums."