"America is the best country on earth, and this is my American dream," Steel tweeted Sunday. "I am excited and humbled to represent my community in Congress. Let's get to work."

Kim and Steel both ousted Democrats who were in their first terms. They are the only Republicans in the seven-member Orange County congressional delegation, which consists of three members whose districts are entirely in the county and four partially in the county. Republicans lost four seats in the 2018 election in their former stronghold. 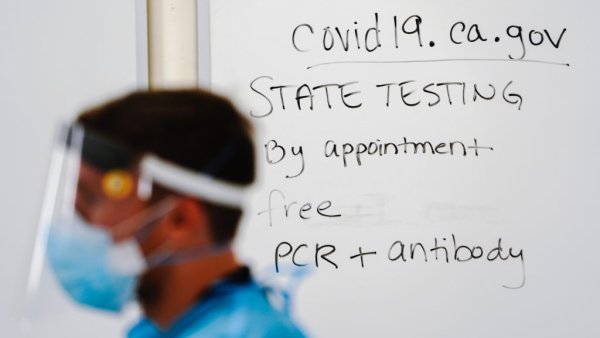 LA Mayor Says Virus Spreading Within Households as More Than 20,000 Hospitalized in California 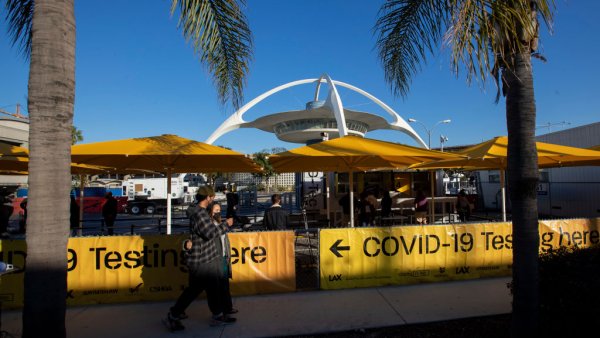 Kim defeated Rep. Gil Cisneros, D-Yorba Linda, 50.6%-49.4%, in the 39th District, which runs from Walnut in the north to Chino Hills in the east, Hacienda Heights in the west and Fullerton in the south.

Steel was a 51.1%-48.9% winner over Rep. Harley Rouda, D-Newport Beach, in the coastal 48th District, which stretches from Seal Beach to Laguna Niguel and also includes portions of Garden Grove and Santa Ana.

Kim, R-La Habra, has promised to work to ensure Americans have access to quality and affordable health care that can help them through the coronavirus pandemic, work with federal officials to minimize the damage of the pandemic and put in place guardrails to prevent a resurgence or future pandemic.

Kim has said she will work with her colleagues to study the early missteps in responding to the pandemic and invest in emergency preparedness. Kim said she will work on bipartisan legislation that invests in the economy, gives small businesses the resources they need to recover and brings jobs back quickly.

The mutant more transmissible strain of the virus that causes COVID-19 was found in San Bernardino County and health experts say we will likely see more of this contagious strain now that we are testing for it. Darsha Philips reports for NBC4 News at 11 p.m. on Jan. 2, 2021.

Kim has also pledged to "find bipartisan solutions to fix our broken health care system," "ensure our economy has the support it needs to bounce back stronger than ever," "stand up against Sacramento-style policies that raise taxes, hurt small businesses and kill jobs'' and "ensure we lessen the burden of taxes on struggling families and business to make life more affordable and allow our communities to thrive.''

During her campaign, Steel pledged to "work to lead America through this global pandemic and reemerge on the other side with a plan to reinvigorate our economy and get Americans back to work.''

Steel also vowed to "fight for lower taxes, help our small business and their workers and defeat the coronavirus.'"

"I support a market-based system that gives Americans options to affordable, quality health care plans that cover pre-existing conditions and give them access to more affordable prescription drugs,'' Steel said.

Kim's victory avenged her loss to Cisneros in 2018 when she was leading in the vote count and traveled to Washington, D.C., for orientation for newly elected House members, only to be overtaken by Cisneros in late-arriving ballots.

Kim was born in Incheon, South Korea on Oct. 18, 1962, and spent her childhood in Seoul. She and her family left South Korea in 1975, living first in Guam, where she finished junior high school, and then Hawaii, where she attended high school.

Kim has a bachelor's degree in business administration from USC. She was a member of Royce's staff for 21 years, both when he was a state senator and a Congressman, as his community liaison and director of Asian affairs.

Manhattan Beach says the new COVID-19 strain is behind their decision to remove outdoor seating outside of restaurants. The city found that loophole to avoid dining restrictions. Michelle Valles reports on Sunday, Jan. 3, 2021.

"As an immigrant to America, I know that the promise of America is alive," Kim said. "America is a country where an immigrant girl from South Korea can rise to be a representative in the United States Congress.

"I will work to continue to keep that promise alive."

Steel was born in Seoul, South Korea on June 21, 1955 and came to the United States with her mother and two younger sisters as a young adult.

"After watching my single working mother struggle to fight an unwarranted tax bill from the California State Board of Equalization, I realized that however well-intended, government was failing the people that needed it most," Steel said. "I knew I needed to serve my community, so I decided to run for public office."

Steel was elected to the Orange County Board of Supervisors in 2014 and re-elected in 2018. As board chair in 2020, she was a frequent critic of Gov. Gavin Newsom's coronavirus-related restrictions, including closing beaches in the spring and the "regional stay-at-home order'' issued in December.