Hanukkah, Judaism's eight-day commemoration of the temple re-dedication that followed the Maccabees' victory over a larger Syrian army, begins Saturday at sundown including a celebration at CityWalk billed by organizers as the largest on the West Coast.

The 18th annual Chanukah@CityWalk will run from 6-9 p.m. and include a performance by Jerusalem-born Orthodox Jewish recording artist Yaakov Shwekey.

The inaugural Grand Menorah Lighting on the Hollywood Walk of Fame will run from 6-7:30 p.m. in front of the Hollywood & Highland complex. It will include latkes, doughnuts, dreidels and music. Organizers plan to make it an annual event.

A "Grand Donut Menorah" will be lit at 5:30 p.m. at Chatsworth Street and Zelzah Avenue. Chanukah in Granada Hills will also include latkes, sufganiyot (round jelly doughnuts), face painting, arts and crafts organized by the Granada Hills chapter of Chabad, a Hasidic movement known for its outreach efforts.

Once the Jews defeated the Hellenist Syrian forces of Antiochus IV in 165 B.C. at the end of a three-year rebellion, the temple in Jerusalem, which the occupiers had dedicated to the worship of Zeus, was rededicated by Judah Maccabee, who led the insurgency begun by his father, the high priest Mattathias.

According to the story of Hanukkah, Maccabee and his soldiers wanted to light the temple's ceremonial lamp with ritually pure olive oil as part of their rededication but found only enough oil to burn for one day. The oil, however, burned for eight days in what was held to be a miracle.

Hanukkah -- which means "dedication" in Hebrew -- is observed around the world by lighting candles in a special menorah called a Hanukkiah each day at sundown for eight days, with an additional candle added each day.

The reason for the lights is so passersby should see them and be reminded of the holiday's miracle.

Other Hanukkah traditions include spinning a dreidel, a four-sided top, which partially commemorates a game that Jews under Greek domination are believed to have played to camouflage their Torah study, and eating foods fried in oil, such as latkes, pancakes of grated raw potatoes and jelly doughnuts. 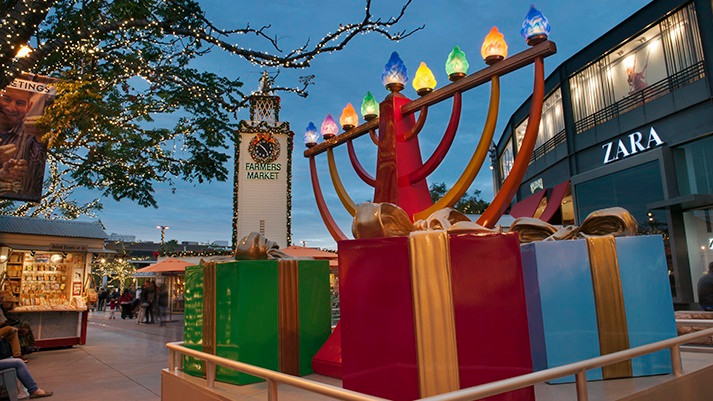 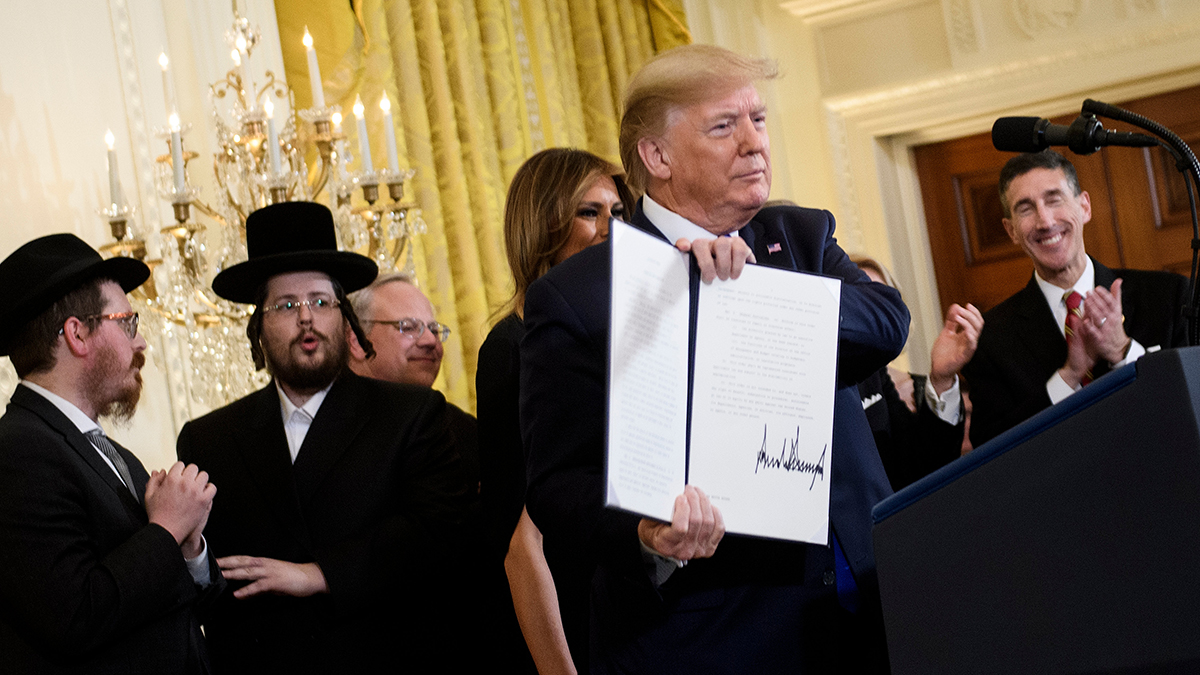 Children receive Hanukkah "gelt" (the Yiddish word for money) from parents and grandparents. The tradition originated with 17th-century Polish Jews giving money to their children to give their teachers during Hanukkah, which led to parents also giving children money.

In the United States, the practice has evolved into giving holiday gifts to children and others.

Unlike on the High Holy Days of Rosh Hashana, the Jewish new year, or Yom Kippur, the Day of Atonement, observant Jews are permitted to work and attend school during Hanukkah, the only Jewish holiday that commemorates a military victory.

"Across the centuries, the Jewish people have endured violence and
oppression beyond measure," President Donald Trump said at a White House Hanukkah reception Dec. 11. "But no cruelty can overcome the might of your spirit and no destruction can crush the eternal strength of your resolve."