"The way that he died, in front of his son, it was a really traumatic experience for my nephew," one cousin of the 41-year-old victim said.

Alejandro Garcia, the 41-year-old Taco Bell employee fatally shot on Saturday night at a South LA drive-thru, died in front of his 19-year-old son, who was working that evening with his dad.

That's what Garcia's cousin Nancy Del Sol said, fighting back tears as she talked to reporters on Sunday.

"The way that he died, in front of his son, it was a really traumatic experience for my nephew," Del Sol said.

Authorities and family members say the shooting occurred after Garcia refused to serve a customer who tried to pay for his meal at the restaurant on Century and Avalon with a counterfeit $20 bill.

Authorities believe the employee was killed over a counterfeit bill. They're now searching for the killer. Lauren Coronado reports for Today in LA on Sunday, Jan. 9, 2022.

"My nephew was close by so he closed the window, but the shots, they went in," Del Sol said. "And he got shot in the heart and that’s what killed him.”

South LA residents, and family members, are shocked and heartbroken after the incident.

"He has three kids," said cousin Karina Garcia De Meza. "The youngest one is five years old. And this morning, she walks around with a picture of him because he never came home."

Alejandro Garcia only worked the night shift at the Taco Bell one night a week, his family said.

"He wasn’t doing bad things out there," Del Sol said. "He was a hard-working man, a family man and for him just to die, just horrible."

Another employee at the Taco Bell, who didn't want to be identified, said when she came into work Sunday morning, she couldn't believe one of her coworkers had been killed.

"It’s very sad," the employee said. "It hurts not to see him no more. To see his son come to work."

Taco Bell released a statement in the wake of the tragic shooting.

"We are shocked and saddened to hear that this happened," the company said. "Our deepest condolences go out to the family and friends of the team member in this difficult time. We understand the owner and operator of this location is working with the local authorities in their investigation and has reached out directly to the affected family to offer support.”

The South LA location has a number of visible security cameras, and investigators combed through the inside of the store overnight, gathering evidence that loved ones hope will lead to the arrest of the person who took Alejandro Garcia from them. 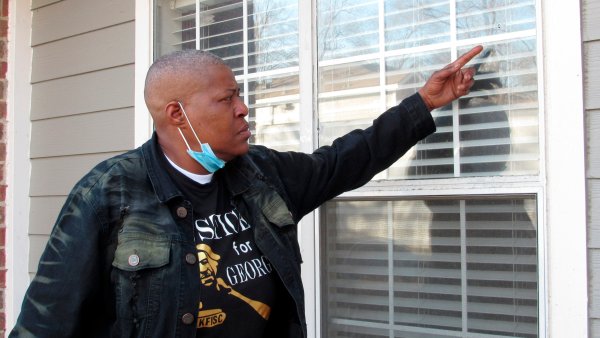 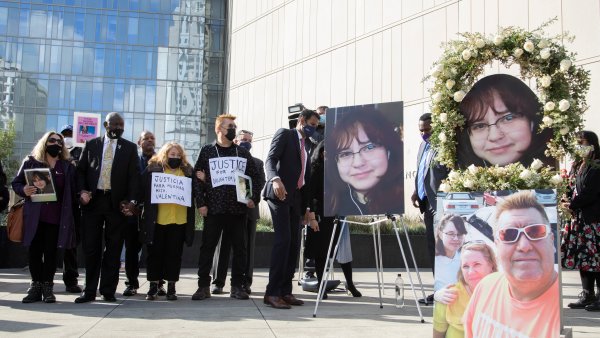 One Dead in Pico Rivera Shooting

Police ask that anyone with information about the shooting call them right away.

"We can not become desensitized to this violence," Los Angeles Police Chief Michel Moore tweeted Sunday, calling the killing senseless. "There are those who know who did this. Humanity demands that you step forward."