Dozens of protesters held signs that said "remove guns from hospitals," "policy change now" and "done with guns" outside the hospital. They marched in the area and chanted "no guns at Harbor."

Health care providers demonstrated Tuesday evening outside the Harbor-UCLA Medical Center near Torrance, where a deputy shot and critically injured a patient earlier this month.

The employees, some holding signs, said they were there to protest gun violence and police brutality against unarmed victims, "most especially within the walls of ours hospitals."

Dozens of protesters held signs that said "remove guns from hospitals," "policy change now" and "done with guns" outside the hospital. They marched in the area and chanted "no guns at Harbor."

An organization called DOCS 4 POC, which describes itself as "physicians against injustice" wrote on Instagram, "Our community gathered at Harbor-UCLA this evening to protest gun violence and police brutality against unarmed victims, most especially within the walls of our hospitals. As medical professionals of Los Angeles County, we are outraged by the recent shooting of a patient by the Los Angeles County Sheriff's Department (LASD) at Harbor on October 6th, 2020."

The sheriff's department reported that deputies from the South Los Angeles Station were working a security detail at the hospital in the unincorporated West Carson area when they were alerted that a patient was breaking equipment and tried to smash a window with a metal medical device. 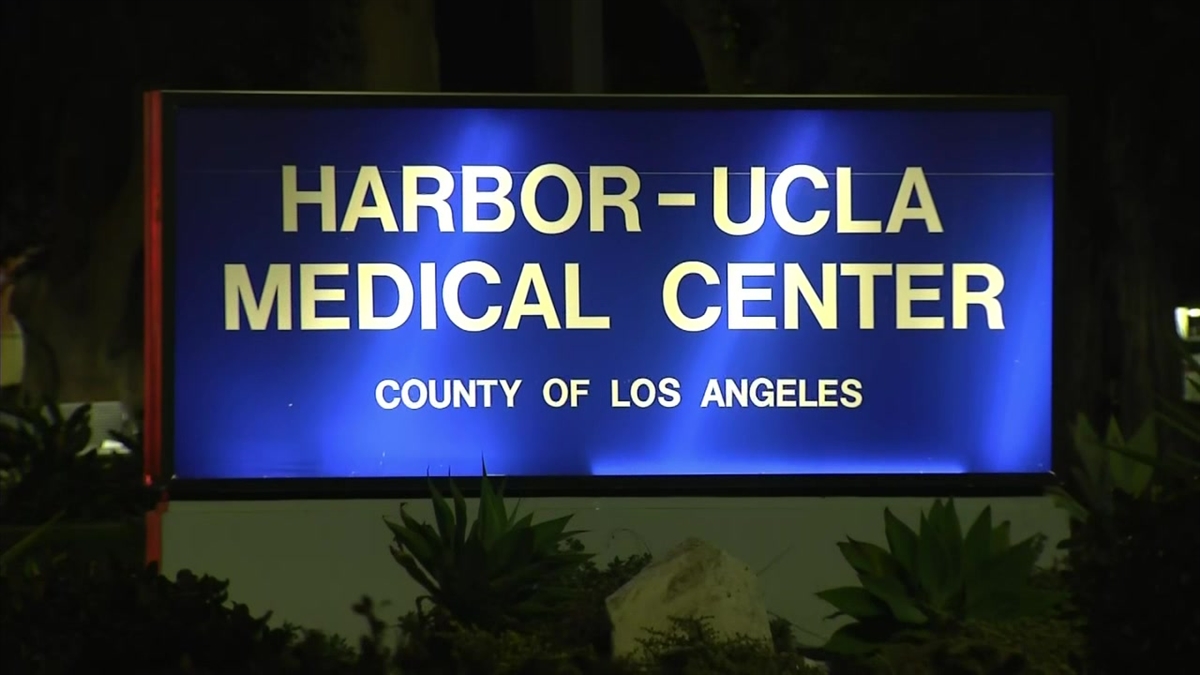 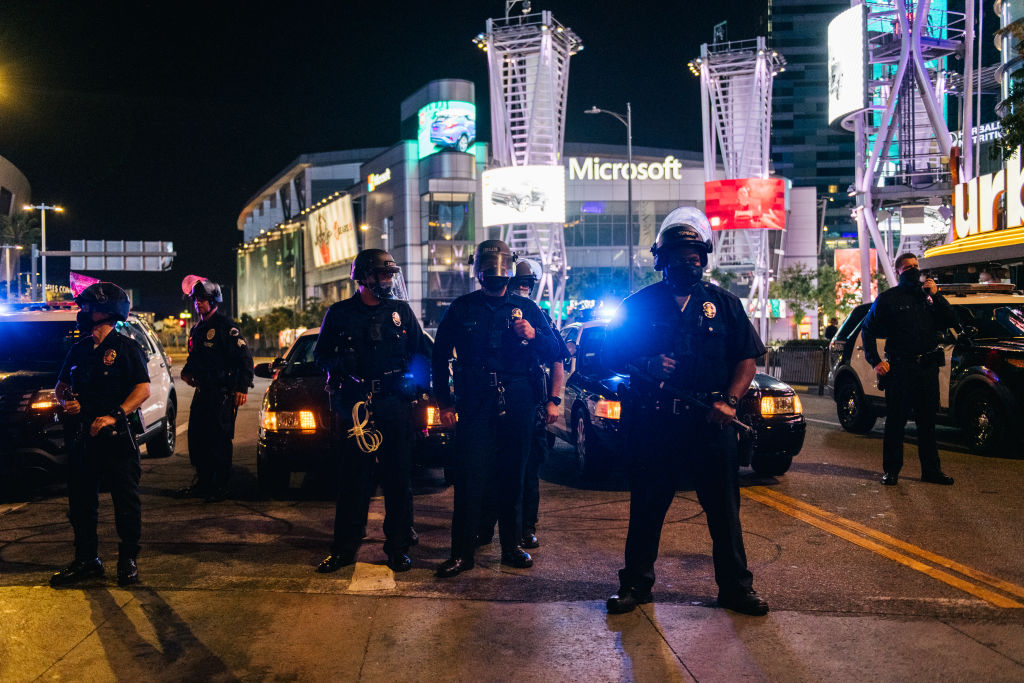 When the patient entered a private room where another patient was being guarded by a deputy and allegedly tried to attack that patient, he was shot, according to a statement issued by the hospital.

The hospital clarified Tuesday that the deputy who fired his weapon was not a member of the hospital-based sheriff's unit, but providing security for the private room patient. However, it was not immediately clear from the latest statement whether he was on duty at the time.

"Last week, a tragic event occurred at Harbor-UCLA Medical Center when a patient experiencing a psychiatric crisis was shot and critically injured by a Los Angeles County Sheriff's Department deputy from the South Los Angeles Station. The deputy is not a member of the Harbor-UCLA-based sheriff's unit and was on-site to provide security services for another hospitalized patient who was in an adjacent room,'' said the center's acting CEO and CMO Dr. Anish Mahajan.

"Multiple investigations are underway within and outside the hospital about how and why this incident occurred."

Los Angeles County Supervisor Mark Ridley-Thomas previewed a motion calling on the Office of Inspector General to investigate, while the hospital is looking at how to best manage security services.

"Our patients deserve to know that when they enter the doors of our hospital, their care and safety is our highest and only priority," Mahajan said.

Ridley-Thomas' motion will be considered at the board's next meeting.