The LA County Department of Public Health gave the "Eat at Joe's" owner three days to stop offering outdoor dining or risk being fined and having his license revoked.

The Los Angeles County Department of Public Health has ordered a Redondo Beach restaurant owner to stop offering outdoor dining or risk being fined and having his license revoked.

LA County shut down outdoor dining on Nov. 25 for three weeks in response to a rise in coronavirus cases, but "Eat at Joe's" owner Alex Jordan is defying the county's orders as he continues to offer patio dining to patrons.

The patios at the "South Bay landmark" that's been open since 1969 were full Monday afternoon with customers supporting the move. 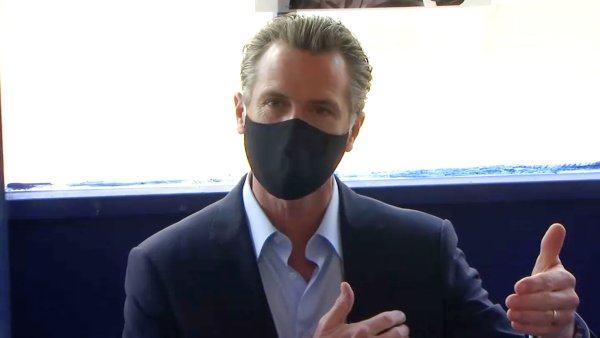 A banner hanging outside the long-running diner reads "The French Laundry Patio Dining" -- an obvious dig at California Gov. Gavin Newsom's recent dinner outing amid the coronavirus pandemic. After photos of Newsom attending the pricey party without a mask were released, he issued an apology, calling it a "bad mistake."

Jordan says Newsom's fine dining outing was "totally hypocritical." He said the move "set him on edge," prompting him to hang "The French Laundry" banner outside Joe's.

And, the move to keep his restaurant open is about "keeping my employees employed during this tough time of the year," he added.

NBC4’s Conan Nolan talks with LA’s restaurateur Caroline Styne with the Independent Restaurant Coalition about how the latest outdoor dining ban is severely impacting the restaurant business, even if it’s for only for three weeks. Many restaurants are barely making it and many will not come back, says Styne. Are they being unfairly targeted?

He said that he feels it's "somewhat unfair," stating that his business and employees have followed the rules and regulations when it comes to temperature checks, social distancing and masks, but "they [LA County] keep moving the goal line further and further back."

County health officials said during last week's Board of Supervisors meeting that it agrees with targeted enforcement of restaurants, but there are 31,000 eateries in the county, and only enough inspectors available to visit about 1% of them a week.

And on Tuesday, Eat at Joe's was included in that 1%.

An inspector with the LA County Health Department stopped by the diner, notifying Jordan that the restaurant had to close immediately or risk being fined and having their license revoked.

The department is planning on sending an inspector on or after Dec. 4 to follow up. 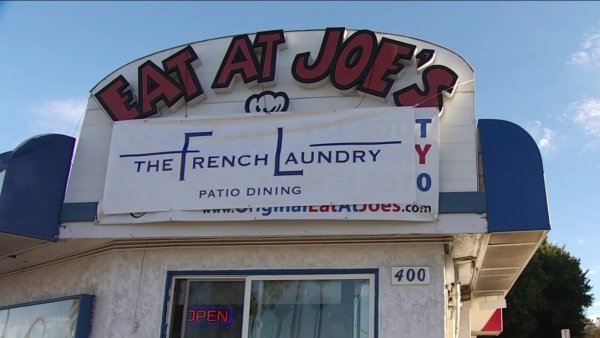 While business has been "busy," Jordan says his employees are anxious to see what happens. He said before the pandemic, he employed roughly two dozen workers. He's now down to eleven.

"I don't want to give up because I think it's wrong … but in the long-term you don't want to lose your license, so we'll wait and see," Jordan told NBCLA on Wednesday.

At this point, Eat at Joe's has no plans to offer only takeout because it's not financially feasible, Jordan added.

"Given the recent 225% increase in the number of cases reported and 94% increase in hospitalizations due to COVID-19, Public Health is hopeful that the owner will decide to cooperate with the Health Officer Order and serve food via takeout and delivery services only," the health department said in a statement. "Restaurants impacted by the restriction on outdoor dining are encouraged to apply for a grant from the Los Angeles County Department of Consumer Affairs to help offset the associated costs. More information can be found at keeplacountydining.lacda.org."

A total of 2,316 people were reported to be hospitalized due to the virus, topping the previous peak level of 2,232 set in July.