Officials Crack Down on Heroin Addiction Among Young Users

A heroin addict for years, Taylor Beatty is 22 years old, has been sober for a month, and says she faces a daily struggle against the drug that is addicting an increasing number of young people.

"I started using at 12 and this has been the biggest struggle I’ve had to go through in my life," she said.

Taylor has been homeless for several years trying to regain her family’s trust. She recently overdoses and said she didn’t think she was going to make it. Luckily, she did. 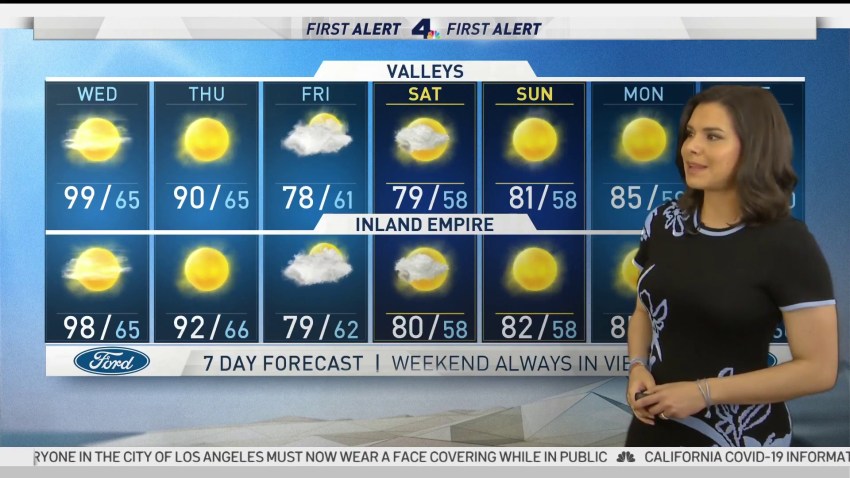 First Alert Forecast: Near Triple-Digits in Some Areas

"Heroin use has become a particular concern for the DEA because we’re seeing people using heroin at such a young age," said Agent Sarah Pullen.

According to a report put out by the Substance Abuse and Mental Health Services Administration in 2012, initiations to heroin have increased by 80 percent among minors aged 12 to 17. By 2010, the number of fatal death overdoses in youths between the ages of 15 and 24 was 510, compared to 198 in 1999.

Users are moving from prescription drug abuse to heroin abuse for a reason.

"It’s cheaper and easier to get," said Dr. Michael Lewis, with the Facey Medical Group. "Unfortunately, the risk is higher because of Hepatitis, HIV and sharing needles."

And an attorney was sentenced on Friday to a year in jail for trying to smuggle heroin to his client in the Downtown LA Criminal Justice Center.