Thousands Turn out to Commemorate 50th Anniversary of the Chicano Moratorium

At least three parades -- involving marchers, demonstrators in vehicles and participants in hundreds of classic cars -- are expected to descend on Whittier Boulevard.

Thousands of people turned out Saturday to hold processions through East Los Angeles to mark the 50th anniversary of the Chicano Moratorium March, a protest against the disproportionate impact of the Vietnam War on the Mexican-American community.

At least three parades -- involving marchers, demonstrators in vehicles and participants in hundreds of classic cars -- descended on Whittier Boulevard and made their way to Ruben Salazar Park, for a mass rally.

One parade of people on foot began at Atlantic Park at 10 a.m., headed south and then east on Whittier to Salazar Park. A separate car caravan began in Pico Rivera, also moved east to the park. Another procession began in the heart of East Los Angeles, at the location of the Silver Dollar Cafe, where journalist Ruben Salazar was killed while covering the Chicano Moratorium on Aug. 29, 1970.

Among those who took part in the car caravan from Pico Rivera were Los Angeles City Councilman Gil Cedillo, who walked in the 1970 march as a teenager. 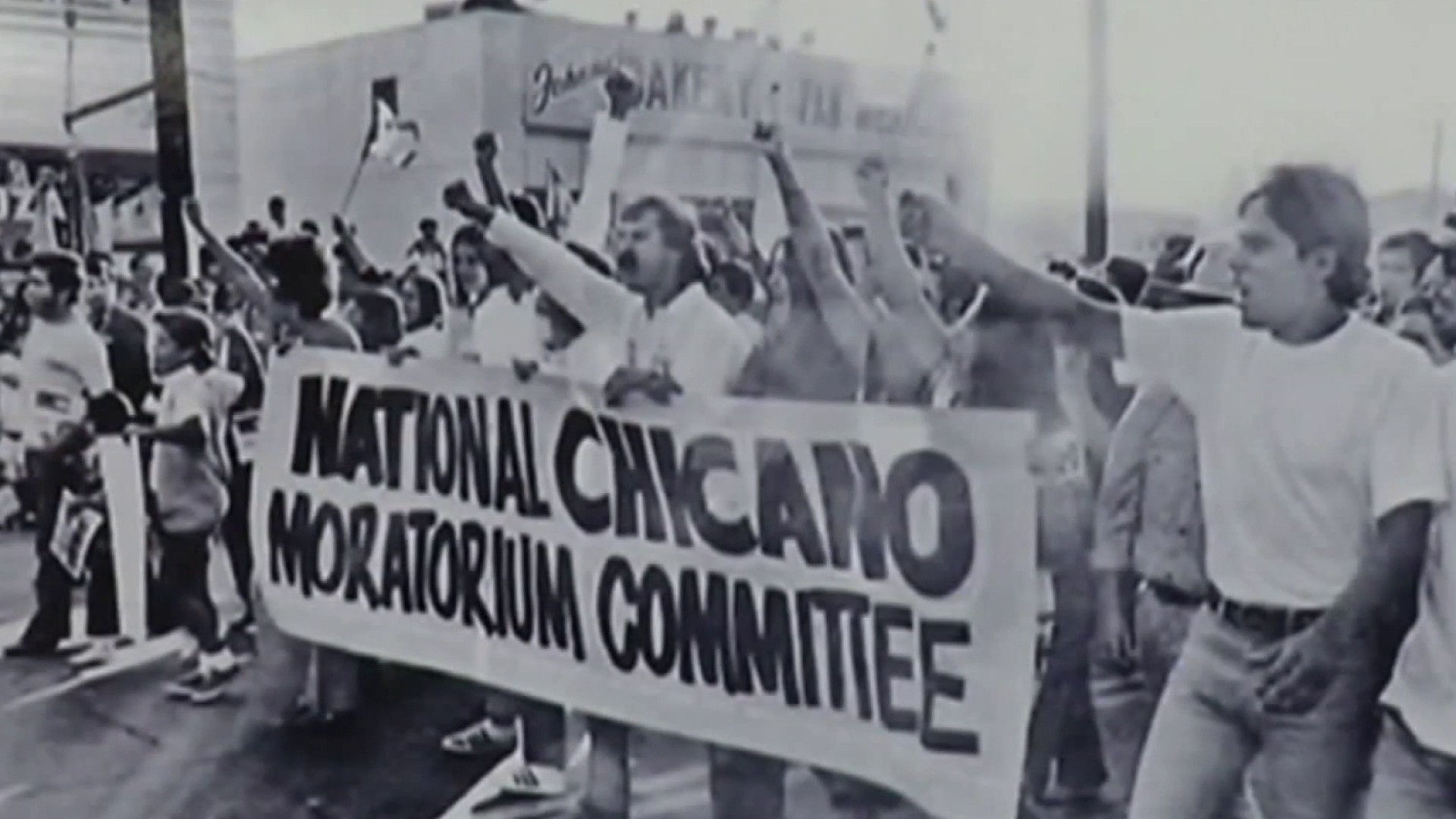 "The sharp and vivid memories of that day have inspired me every day for 50 years," Cedillo said. "I can see the progress Latinos have made in every walk of life, but I also see inequality by so many yardsticks. Our communities suffer from the highest COVID infection rate and the highest incarceration rate. And 7,000 immigrant children who were torn from their parents' arms are still in detention.''

The original march was in protest of the Vietnam War and the large percentage of Mexican-American casualties that came with it. As many as 30,000 people gathered for the march and demonstration along Whittier Boulevard.

Law enforcement ultimately moved in, and chaos ensued as buildings were set on fire, dozens of vehicles were damaged or destroyed and hundreds of people were arrested.

Most somberly, three people died, including Salazar, who had made a name for himself as the nation's first prominent Latino journalist working for a major news organization, the Los Angeles Times. He was also news director of KMEX-TV Channel 34.

Salazar was drinking a beer in the Silver Dollar Cafe on Whittier Boulevard when he was struck by a tear gas canister fired by a Los Angeles County Sheriff's deputy. He died at the scene at age 42.