Hundreds Rally in MacArthur Park in Support of DACA

Hundreds of people rallied Sunday in MacArthur Park in support of the Deferred Action for Childhood Arrivals program, better known as DACA, and to protest the efforts by the Trump administration to deport some 800,000 immigrants who were brought into the country illegally by their parents.

The loud but peaceful demonstrators came to the park in the Westlake area about 3 p.m. chanting, "No Trump, No KKK, No Racist USA, No hate, No Fear and Immigrants Are Welcomed Here," the Los Angeles Times reported.

Meanwhile, a dozen pro-Trump protesters gathered near the at Alvarado and 6th streets, defiantly yelling slogans in favor of Donald Trump and his action to end DACA. One man with a bullhorn exhorted DACA demonstrators to turn themselves in to authorities for deportation, the paper reported.

Others carried signs that read: "We support President Donald Trump or No, no, no, no More DACA. 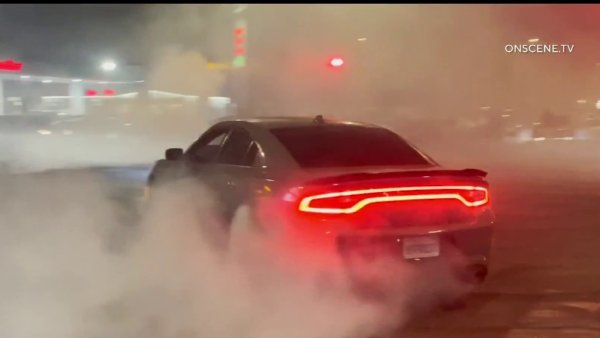 No Injuries, No Arrests at Florence Street Takeover

Police officers patrolled the area on foot and kept the two sides apart.

One pro-DACA supporter, Esau Andrade, 22, told the newspaper he had benefited from President Obama's program. Known as "Dreamers" young people like him who were brought here as children by their parents were given a reprieve from deportation, and access to work permits if they got to the U.S. before age 16, stayed in school and out of trouble.

Andrade told the Times he received his DACA status about a year after graduating from high school in 2013. He said his personal information would not be used against him, but now he was worried.

"You put all of your might in a country that you feel at home in and truly have respect for and from one day to another be thrown out and be told you're not worth it,'' he said.

Andrade said his family brought him to America when he was 3-years-old with a temporary visa that he overstayed. The Rancho Cucamonga resident said he works as a receptionist at a hair salon which he could not do without DACA.