Jacqueline Avant, who served as president of the Neighbors of Watts and participated in other community efforts, was shot and killed during a Dec. 1 burglary at her Beverly Hills home.

A 30-year-old man who pleaded guilty in the murder of Los Angeles philanthropist Jacqueline Avant in the Beverly Hills home she shared with her husband, celebrated music executive Clarence Avant, was sentenced Tuesday to three life prison terms.

Avant, 81, was shot and killed in the early morning hours of Dec. 1 during a burglary at her Trousdale Estates home in Beverly Hills. 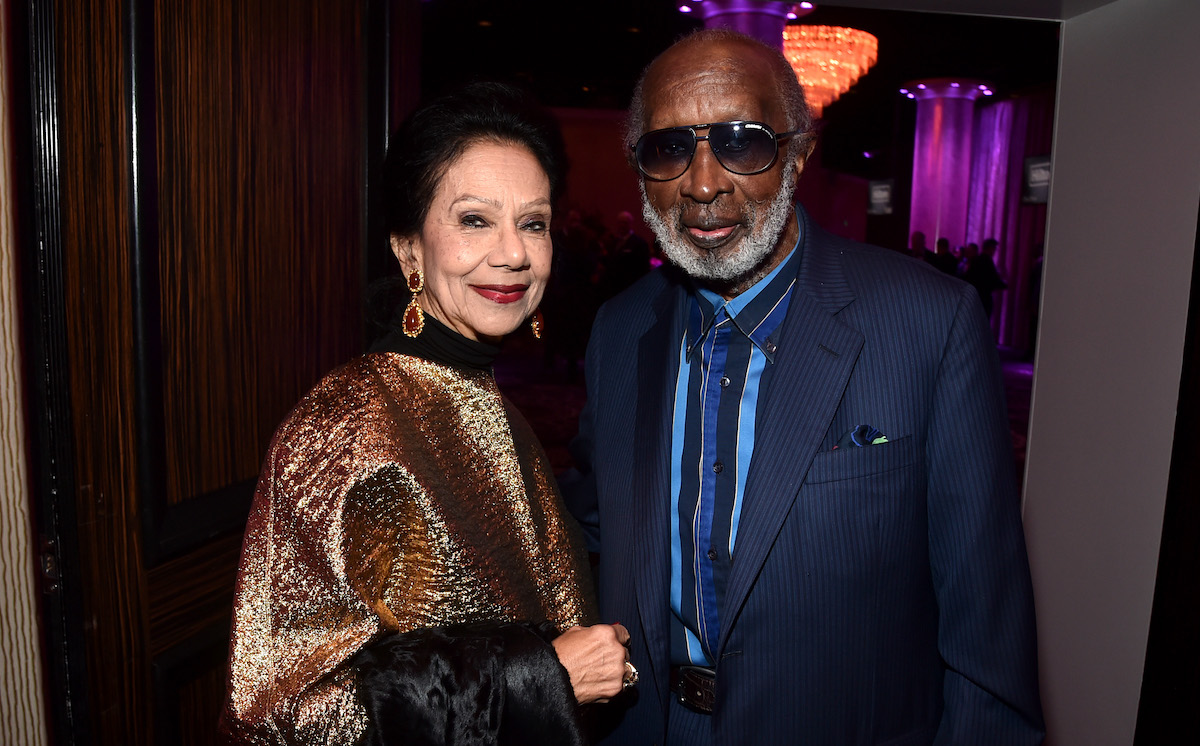 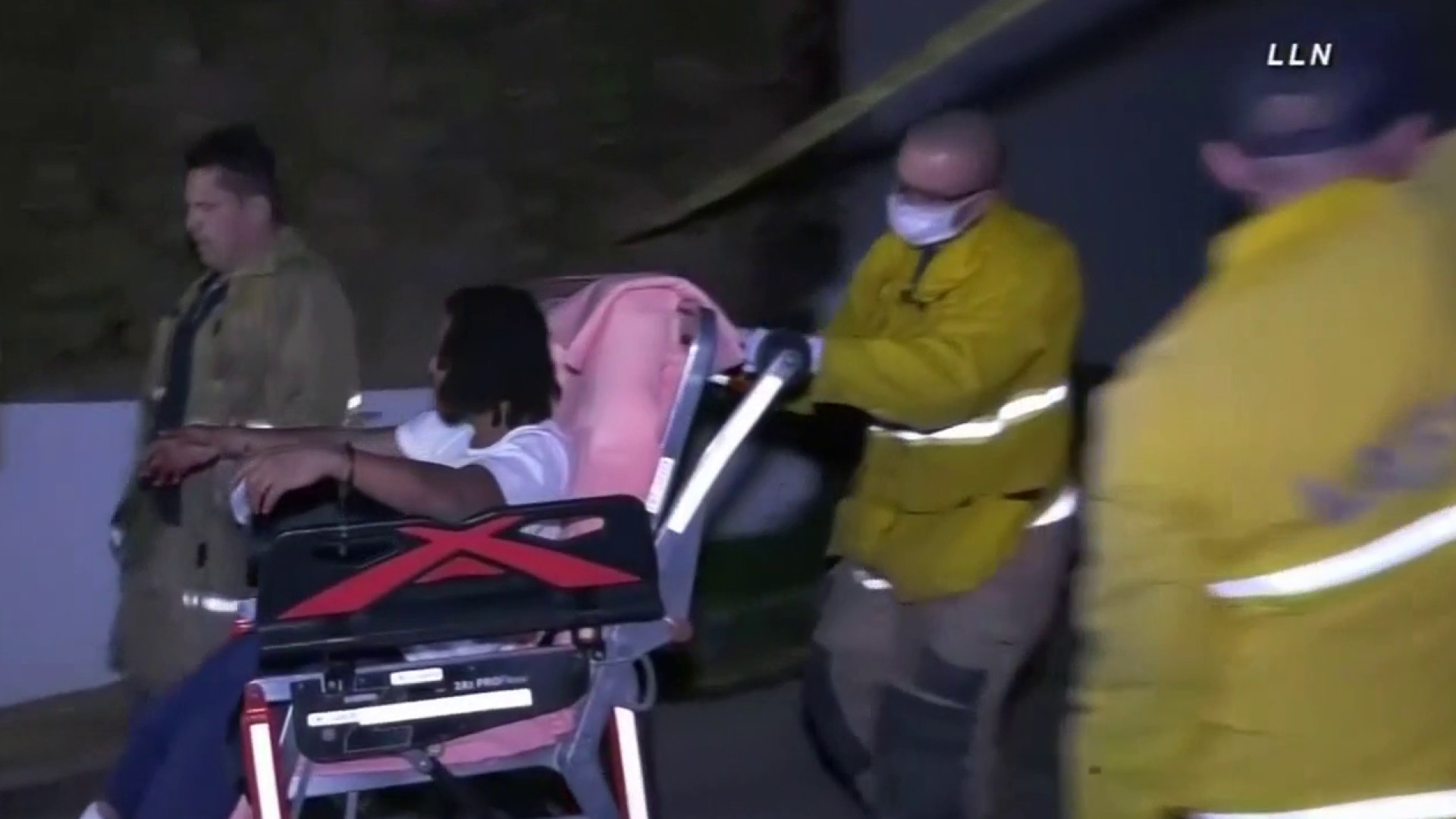 During a March 3 hearing, Aariel Maynor pleaded guilty to killing Avant and shooting at a security guard, who was not wounded, during the burglary.  In court Tuesday, Los Angeles Superior Court Judge Kathryn Solorzano sentenced Maynor to three life prison terms, saying he will have to serve a minimum of 150 years behind bars.

"She was caught by surprise in her own home early in the morning,'' the judge said.

Maynor, who sat in a wheelchair in court, showed no reaction when the sentence was handed down.

He pleaded guilty in March to one count each of murder, attempted murder and being a felon in possession of a firearm, and two counts of residential burglary with a person present.

He also admitted allegations of using an assault long barrel pistol during the crimes, along with admitting prior robbery convictions from 2013 and 2018.

The LA Times, citing court records, reported that Mayor shot Avant in the back and later laughed and bragged about the slaying. Maynor allegedly told to a friend in a phone call from jail that he would serve only 20 to 25 years because Los Angeles County prosecutors did not file special circumstances murder that could have meant life without parole or the death penalty, a sentencing document filed by prosecutors shows and reported in the Times.

Maynor reportedly called a female friend from a Los Angeles County jail in December and ``laughed'' about the killing and the publicity surrounding it, the sentencing document said.

Judge Solorzano noted that a report indicated the 2013 robbery involved a woman who was kicked in the face and knocked unconscious, and that Maynor had been released on parole for the 2018 robbery in September 2021, just a few months before Avant's killing.

Deputy District Attorney Victor Avila told the judge Avant was shot after confronting Maynor, who also fired multiple shots at the couple's security guard, striking a vehicle. He subsequently broke into a home in the Hollywood Hills area and accidentally shot himself in a foot, the prosecutor said.

Los Angeles police responding to that burglary call found Maynor at the scene suffering from a gunshot wound to a foot.

The LAPD said a rifle was collected from the scene of the Beverly Hills home where she was killed. Now the community is remembering the good she did, and saying it makes the slaying so much worse. Kim Baldonado reports Dec. 2, 2021.

Beverly Hills Police Department Chief Mark Stainbrook said Los Angeles police contacted Beverly Hills police, and
detectives collected evidence connecting Maynor to the Avant shooting. That evidence included a weapon from the
crime, described by police as an AR-15 rifle. Stainbrook said Maynor was on parole and has a criminal record, which bars him from possessing a weapon.

Video from the Avant home showed a shattered sliding-glass door, indicative of a break-in. Avant died at a hospital following the shooting. Clarence Avant, 90, was not injured.

Under questioning by the judge before his guilty plea was taken, the defendant agreed that he was entering his plea freely and voluntarily and concurred when asked if he was thinking in a "linear way." Maynor also acknowledged that he was giving up his right to a hearing to determine whether there was sufficient evidence to allow the case against him to proceed to trial, along with his right to a jury trial.

"Guilty," he said when asked about his plea to each of the five counts.

The judge also cited a report indicating that Maynor may suffer from a bipolar mental condition and asked if that was correct, with the defendant responding, "Yes."

He was inducted into the Rock and Roll Hall of Fame in October.

Jacqueline and Clarence Avant have two grown children -- Nicole and Alexander. Nicole Avant, a film producer who served as U.S. ambassador to the Bahamas during President Barack Obama's administration, is the wife of Netflix co-CEO Ted Sarandos. She also served as a co-producer on the Netflix film ``The Black Godfather,'' a documentary about her father's life and career.

The Avant family issued a statement after the shooting saying, ``The entire Avant and Sarandos families wish to thank everyone for their outpouring of love, support and heartfelt condolences for Jacqueline Avant. Jacqueline was an amazing woman, wife, mother and philanthropist and a 55-year resident of Beverly Hills who has made an immeasurable positive impact on the arts community. She will be missed by her family, friends and all of the people she has helped throughout her amazing life."

Former President Bill Clinton issued a statement calling Avant ``a wonderful woman, a great partner to Clarence and mother to Alex and Nicole, an active citizen & a dear friend to Hillary and me for 30 years. She inspired admiration, respect & affection in everyone who knew her. We are heartbroken. She will be deeply missed."

"I know we use this term a lot, but she was truly an angel in this City of Angels,'' he said. ``She and Clarence, Nicole, their daughter, I've known for many years and I've seen and witnessed the way their generosity touched the lives and transformed the lives and even saved the lives of so many people in this city and in this country.''