Grassmier will be under surveillance 24 hours a day and will be required to wear a GPS ankle monitor.

Despite the pleas of thousands of residents, a judge has ruled that a convicted sex offender can be released into the Antelope Valley community of Littlerock.

Superior Court Judge James Bianco on Wednesday ordered 66-year-old Calvin Lynn Grassmier to be placed at a four-bedroom home at the 10000 block of East Ave. on or before Oct. 1.

Grassmier will be under surveillance 24 hours a day and will be required to wear a GPS ankle monitor. The surveillance may be reduced eventually for good behavior, according to the California Department of State Hospitals.

Grassmier was convicted of sexual assaults in the 1970s and 1980s, but officials noted that his last crime occurred in 1988, and none of the offenses involved minors.

Trails Where California Family Mysteriously Died Closed to the Public 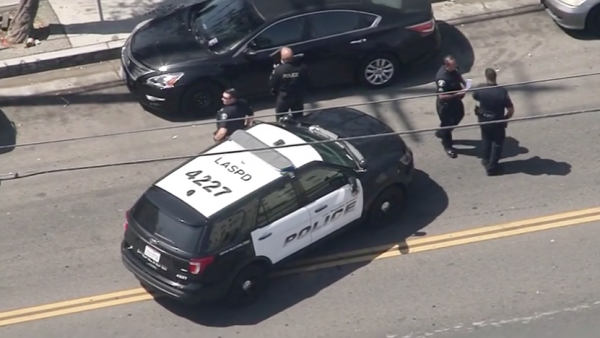 Student Shoots Other Student In On-Campus Fight, Remains At Large

Grassmier was sentenced in 1989 to a 15-year state prison term. He was subsequently committed to the department of State Hospitals as a "sexually violent predator" in 1999 and held in a secure hospital for treatment, according to the Los Angeles County District Attorney's Office.

Grassmier was ordered last November to be released on the condition that he receives community treatment, according to his attorney Tony Corti.

"Mr. Grassmier is not the same person that he was in 1988... He's a changed man," the defense attorney told the judge.

Corti said his client was "ready to begin his new life" and "intends on complying with everything," noting that he will be under "constant supervision."

When news of Grassmier's potential placement in the Antelope Valley first surfaced in July, it drew immediate resistance in the community. Several thousand people signed petitions in opposition, and more than 1,200 people sent emails to the District Attorney's Office, the Antelope Valley Press reported.

Fifteen people from the area traveled to the Hollywood Courthouse on Wednesday to make their feelings known to the judge, including a rape survivor whose letter was read aloud, the newspaper reported.

Last month, citizens of La Crescenta successfully rallied to keep convicted sex offender Calvin Grassmier out of their community. The state now plans to move him to the Antelope Valley. Beverly White reports for the NBC4 News on Tuesday, July 20, 2021.

"Full on tears down my face because I'm a mom of four teenage daughters," the woman said after the ruling. "They've seen what I've been through. They've seen how my whole life was flipped upside down because of it."

"I am deeply disappointed by today's court decision," Barger said in a statement. "Placing Mr. Grassmier in Littlerock further traumatizes this already marginalized community. The residents have been historically disenfranchised and Mr. Grassmier's placement reinforces the belief that residents' voices and safety are not taken into consideration. This placement, which is located within two miles of four schools, will make families feel unsafe and unsettled in their own homes and neighborhoods."

Grassmier's release is being supervised by Liberty Healthcare Group, a private firm the state pays to place and supervise people who are designated "sexually violent predators."

In June of this year, Los Angeles County Sheriff Alex Villanueva was among those who joined La Crescenta residents in objecting to Grassmier's possible release in that community.

"Releasing violent sexual predators, such as Calvin Grassmier, into our communities makes us all less safe, as well as places an unnecessary burden on public safety resources," Villanueva said in a statement urging Bianco to reject the plan, which he did.

At that time, Bianco cited five factors in rejecting the bid to allow Grassmier to be released in La Crescenta, including a significant number of people living in close proximity to the proposed location and inconsistent cell phone reception that he said is critical to GPS monitoring.