SACRAMENTO, Calif. -- A Sacramento County Superior Court judge on Thursday gave Gov. Arnold Schwarzenegger a victory in his attempt to deal with California's budget deficit, ruling that he has authority to furlough tens of thousands of state workers.

The order forcing government employees to take off two days a month without pay is scheduled to start Feb. 6. It would apply to 238,000 workers, although some of those would be exempt.

Two employee unions had challenged Schwarzenegger's executive order, saying he did not have authority to impose furloughs on his own.

Judge Patrick Marlette disagreed. In his final ruling, he said the governor "has authority to reduce the work hours of the state employees" under the current fiscal emergency.

Schwarzenegger has declared a fiscal emergency as California faces a $42 billion budget deficit through June 2010.

He has said the reduced-work plan will save California about $1.4 billion through June 2010.

The governor and lawmakers are debating billions of dollars in spending cuts, tax increases and borrowing to close the shortfall. 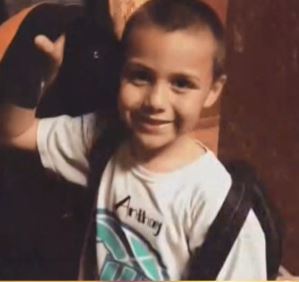 "The state is in a huge mess," Marlette told the court.

He acknowledged the furloughs might be painful for state workers, but also suggested the governor's order was a sign of the times.

"Wherever you look, stores are closing, businesses are laying off, investments are crashing," the judge said.

Workers will be furloughed two Fridays a month starting next week.

California is one of several states seeking concessions from employee unions as it tries to balance its budget amid swiftly declining tax revenue. Governors have asked or ordered workers to accept furloughs, pay cuts, reduced benefits and shorter work weeks in Ohio, Maryland, Hawaii and elsewhere.

The California unions that challenged Schwarzenegger are likely to appeal Thursday's decision and seek an injunction to prevent the furloughs from taking effect while that appeal is being heard, said Bruce Blanning, executive director of Professional Engineers in California Government, one of the two unions that sued.

The unions had argued that the governor could not adjust salaries without their consent or unless the Legislature agreed.

After the court ruling, the administration issued a statement saying the furloughs will avoid a tougher decision to impose layoffs on state workers.

"State employees throughout California are hardworking public servants who play a vital role in providing government services to Californians, but as businesses and families across the state are cutting back to make ends meet, so must government," Matt David, the governor's communications director, said in the statement.

The governor's decision has angered many state employees, leading to union protests outside Schwarzenegger's public appearances.

David Miller, 49, a scientist with the state Department of Toxic Substances Control, said state scientists make between $3,200 and $7,000 a month but are paid on average 25 percent less than private-sector scientists.

"My wife is in college, and for us the impact will be (that) it's going to force us to have to reduce our expenditures, tighten our belts. She may have to reduce her schedule in college. It's hard to absorb," he said.

On Monday, California was forced to begin borrowing from the federal government to keep its unemployment insurance fund solvent. It will need an additional $2.4 billion through the end of this year, as unemployment is expected to keep rising.

State finance officials have warned that California will run out of cash this month unless Schwarzenegger and lawmakers strike a midyear budget deal to close the growing deficit. The state controller already has delayed payments to taxpayers who are due refunds and already filed their tax returns.

In addition to the furloughs, Schwarzenegger has ordered state agencies to cut their payrolls by 10 percent, which could lead to layoffs.

The engineers union has suggested the governor save money by reducing its outsourcing. Outsourcing engineering jobs to private companies costs the state twice as much as hiring its own engineers, he said.

The furloughs come as the Schwarzenegger administration and the state's largest employee union, Service Employees International Union, Local 1000, are negotiating a new contract for 90,000 workers.

SEIU has filed two unfair labor practice charges with the state Public Employment Relations Board and filed a second lawsuit Tuesday challenging the furloughs. It claims the state did not follow established legal practice when Schwarzenegger imposed the order at the end of December.

The state has not yet responded and that case was not part of Thursday's hearing.

State constitutional officers, such as the elected state treasurer and attorney general, have said they do not have to comply with the governor's furlough plan. In all, 13,800 of the 238,000 state workers will not be subject to Schwarzenegger's order, including many California Highway Patrol officers.

The furlough also will not apply to those who fall outside the governor's direct authority, such as employees of the Legislature, University of California, California State University, community colleges and state Public Utilities Commission.

In an earlier filing with the court, state Controller John Chiang had said he would be unwilling to adjust employees' paychecks to accommodate the furloughs unless ordered by a court to do so.

"Today the court has directed me to implement the governor's order affecting state employee pay, and I will immediately move to do so," he said in a statement after Thursday's ruling.

Chiang said the furloughs would not save enough money to avoid his delaying more than $3 billion in tax refunds, college assistance and payments for essential programs.