An adult suspect, identified as Robert Hovhannisyan, and a juvenile suspect whose name was not released, allegedly fled to Armenia after the attack.

A juvenile suspected of severely injuring a man in a road rage attack in Van Nuys has been arrested after a multi-agency effort returned him from Armenia, police announced Thursday.

Both drivers pulled to the curb and the occupants exited their vehicles. Surveillance video shows three people exiting the Jeep.

The driver of the Jeep punched the victim in the face while wearing brass knuckles, knocking him unconscious, police said.

Warning: The video below contains violent content that some may find disturbing.

The suspects jumped back in the Jeep, which was last seen heading south on Woodman from Victory, police said.

An adult suspect, identified as Robert Hovhannisyan, and a juvenile suspect whose name was not released, allegedly fled to Armenia after the attack, according to the LAPD.

Information about the whereabouts of the other suspects was not released. 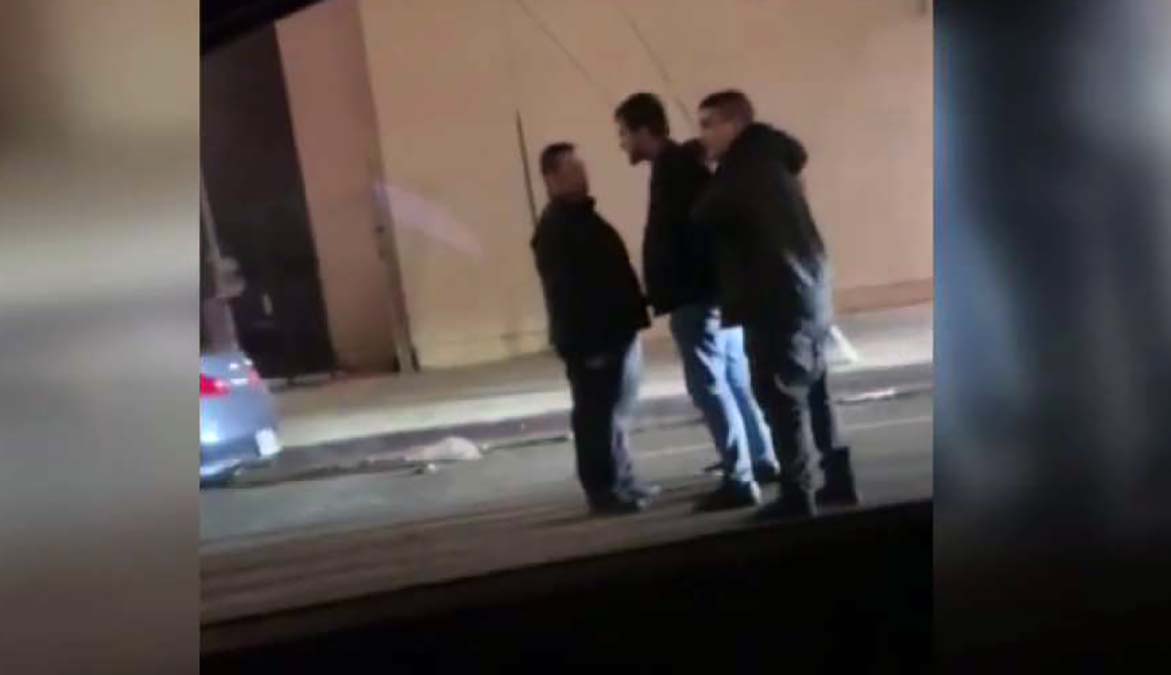 The victim, who had been in a coma, remains hospitalized with "major injuries," according to the LAPD. It was unclear if he was still in a coma.

A $15,000 reward for information leading to the perpetrators had been offered by Nissan/Infiniti of Van Nuys, where the victim worked for 15 years.

Authorities circulated a video of the attack and continue to encourage anyone with information about the case to contact Van Nuys Area Detective R. Secor at 818-374-0062. Those wishing to report anonymously can call 800-222- TIPS.