Saturday with the motorcade beginning at 11 a.m. from the intersection of Adams and Crenshaw boulevards.

The seven-day African American festival of Kwanzaa begins Saturday with many celebrations in Los Angeles County canceled, altered or moved online because of restrictions related to the coronavirus pandemic.

The event known for the past 43 years as the KwanZaa Gwaride Parade in South Los Angeles is billed as a motorcade, with participants asked to wear a mask and social distance. Sign-in and formation will be held from 8-10:45 a.m.

Saturday with the motorcade beginning at 11 a.m. from the intersection of Adams and Crenshaw boulevards.

The Aquarium of the Pacific will stream a free virtual Kwanzaa event Saturday featuring Baba the Storyteller, one of the few recognized U.S.-born practitioners of the ancient West African storytelling craft known as Jaliyaa, presenting the principles and practices of Kwanzaa.

An Aquarium Pacific Pals puppet will be the master of ceremonies.

The family event will be streamed from 10-10:20 a.m. and viewable on demand immediately afterward at www.aquariumofpacific.org/events/info/virtual_kwanzaa_event/.

An online Kwanzaa Kuumba Makers Festival organized by the California African American Museum will be streamed from 2-3:15 p.m. Saturday. The recorded family workshop celebrating Kwanzaa's Sixth Principle, Kuumba (Creativity), consists of instruction from artists in making a memory book and a decoupage workshop. Required reservations can be made at caamuseum.org/programs/kids-teens- and-families/kwanzaa-kuumba-makers-festival.

The Robey Theatre Company's virtual Kwanzaa celebration featuring musical and comedy performances can be seen on its YouTube page, www.youtube.com/watch?v=5Ah_J1uteZ0.

As Christmas 2020 winds down we find people taking stock of the many changes tied to the coronavirus, thoughtful about the past and optimistic for the future. Beverly White reports for NBC4 News at 11 p.m. on Dec. 25, 2020.

The Robey Theatre Company is an award-winning, African American theatre arts organization based at the Los Angeles Theatre Center in downtown Los Angeles. It was founded in 1994 by actors Danny Glover and Ben Guillory and named after renowned singer, actor and activist Paul "Robey" Robeson.

A virtual celebration including music and stories will be streamed from 11 a.m.-noon Wednesday on the Facebook page of the Pasadena Public Library's La Pintoresca Branch, www.facebook.com/pasadenalapintoresca.

A child's craft will be available for curbside pickup beginning Monday at the library at 1355 N. Raymond Ave.

This year's Kwanzaa theme “Kwanzaa and the Well-Being of the World: Living and Uplifting the Seven Principles...seeks to call rightful attentiveness to the immediate and urgent need to be actively concerned and caring about the well-being of the world,” Kwanzaa creator Maulana Karenga wrote in his annual founder's message. Kwanzaa was created in 1966 by Karenga, now chair of Africana Studies at Cal State Long Beach, in what he called "an audacious act of self- determination.”

Despite it being a rough year and record shattering levels of homelessness, they did their best to have a normal Christmas at Union Rescue Mission. Ted Chen reports for NBC4 News at 5 p.m. on Dec. 25, 2020.

Karenga described Kwanzaa in the 2020 founder's message as “a special season and celebration of our sacred and expansive selves as African people'” and “a unique pan-African time of remembrance, reflection, reaffirmation, and recommitment.”

“It is a special and unique time to remember and honor our ancestors; to reflect on what it means to be African and human in the most expansive and meaningful sense; and to reaffirm the sacred beauty and goodness of ourselves and the rightfulness of our relentless struggle to be ourselves and free ourselves and contribute to an ever-expanding realm of freedom, justice and caring in the world,” Karenga wrote.

During the week, a candelabrum called a Kinara is lit, and ears of corn representing each child in the family are placed on a traditional straw mat. 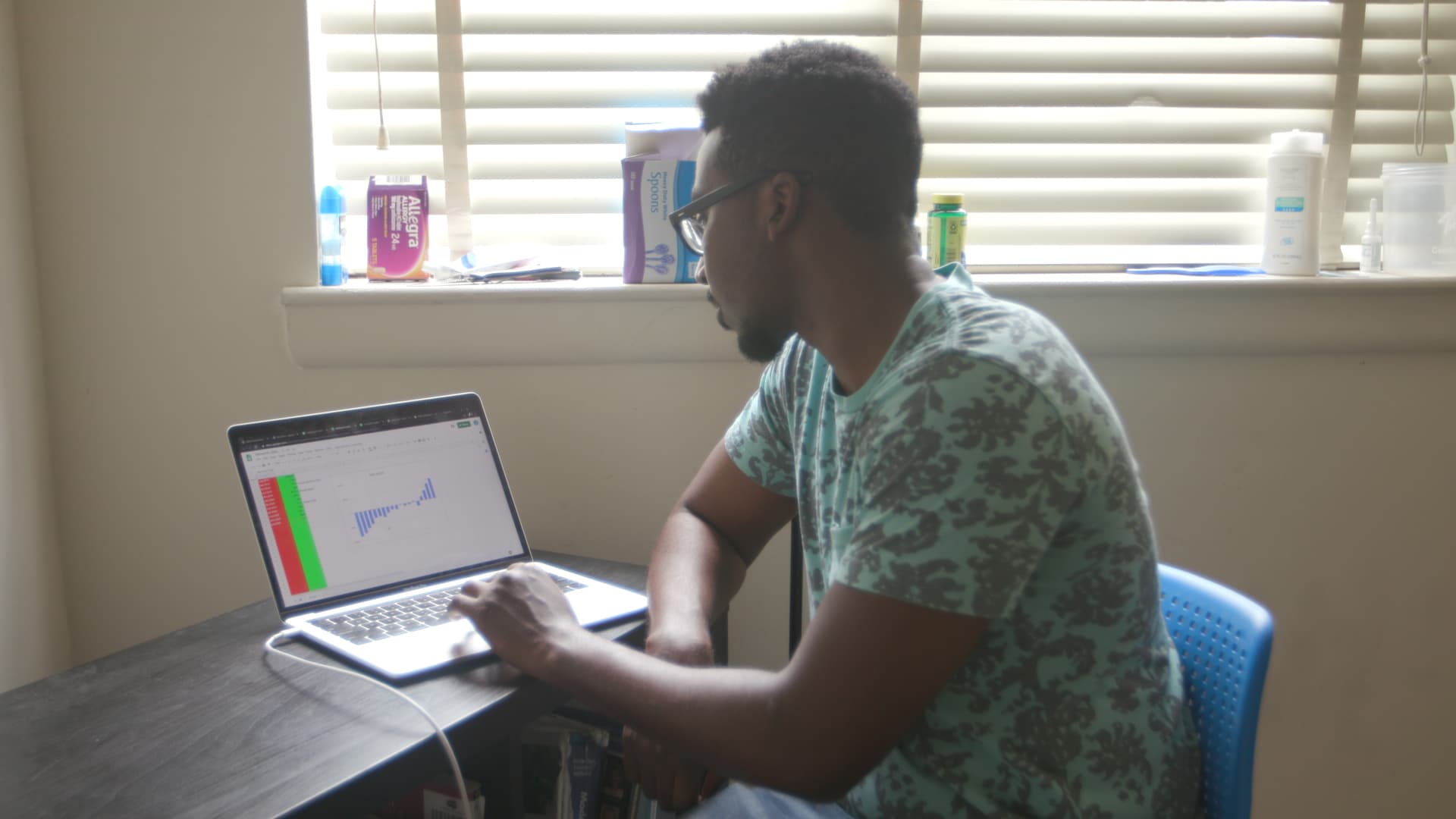 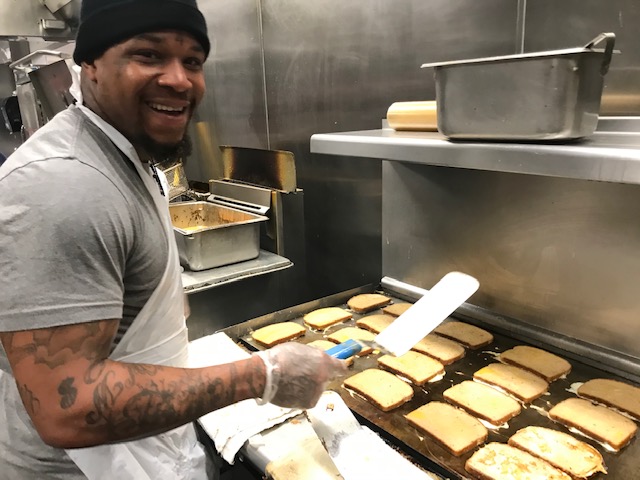 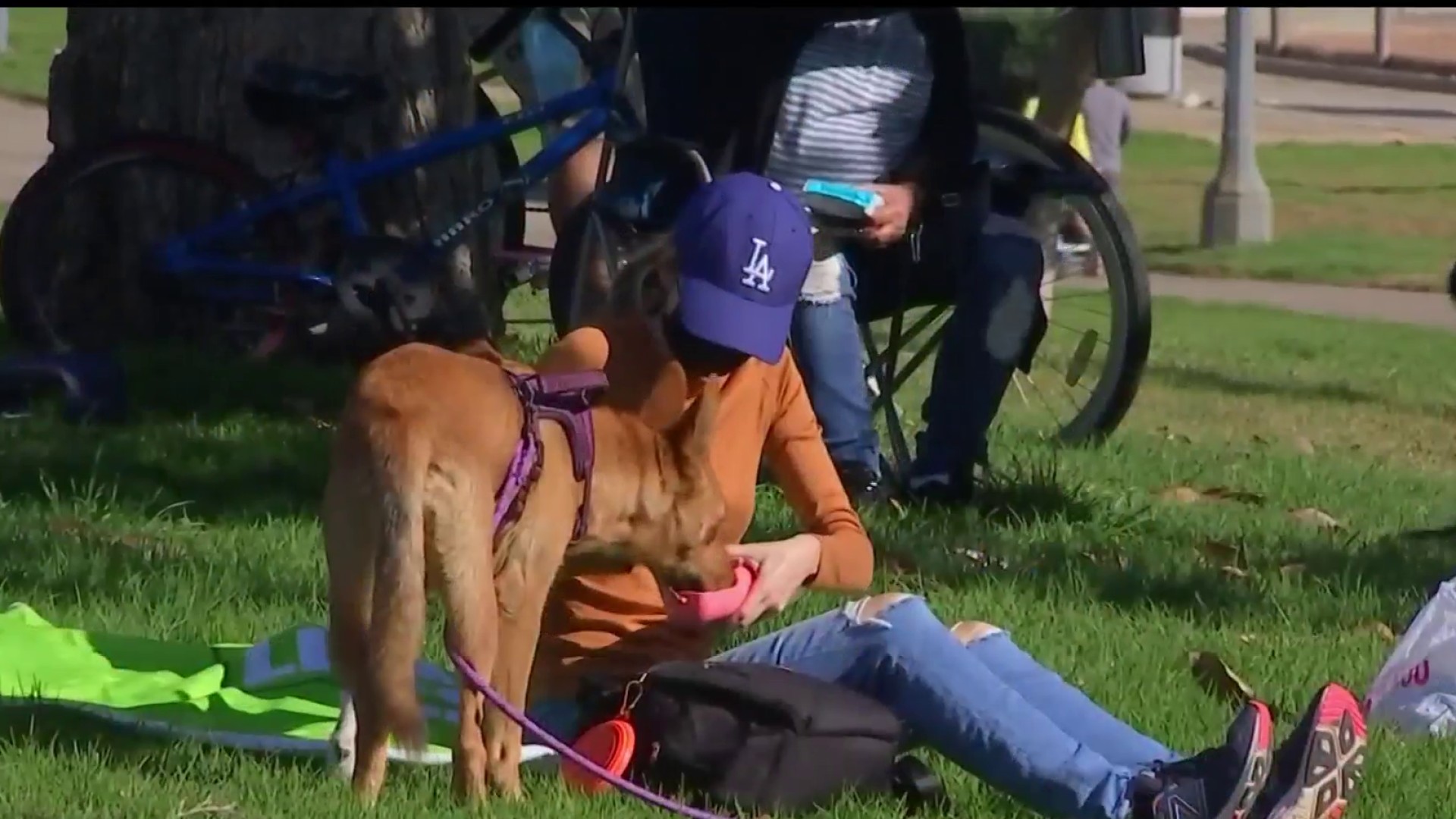 African foods such as millet, spiced pepper balls and rice are often served. Some people fast during the holiday, and a feast is often held on its final night.

A flag with three bars -- red for the struggle for freedom, black for unity and green for the future -- is sometimes displayed during the holiday.

Kwanzaa is based on the theory of Kawaida, which espouses that social revolutionary change for Black America can be achieved by exposing Blacks to their cultural heritage.

“As families, friends, and communities light the Kinara over the next seven days, our nation honors the indelible contributions of African Americans to the strength and vitality of the United States,” President Donald Trump said in his Kwanzaa message.