14% of the affordable housing units permitted in the last decade were located within high-resource neighborhoods, while 86% were in neighborhoods deemed low-resource and high-poverty.

The Los Angeles Department of City Planning and Housing Department recently reported to the council that 14% of the affordable housing units permitted in the last decade were located within high-resource neighborhoods, while 86% were in neighborhoods deemed low-resource and high-poverty.

"This disparity has further entrenched patterns of segregation and effectively excluded low-income households from the neighborhoods with the greatest access to public parks, transit, schools, grocery stores and health facilities," stated the motion, introduced by Councilwoman Nithya Raman and Councilman Marqueece Harris-Dawson.

The motion also cited a UC Berkeley report that found Los Angeles to be the sixth-most segregated metro area of the 221 studied.

"Redressing residential segregation and redistributing future affordable housing development will require myriad decisive actions from the city, but one immediate action the city can take is to prioritize affordable housing projects in high-opportunity areas," the motion stated.

As a step toward addressing the disparity, the motion directed the Department of City Planning and the Housing Department to report back within 30 days on options for an Affordable Housing Overlay Zone with a "bundle of development incentives to increase the supply of affordable housing" or an update to the city's development incentive programs to prioritize 100% affordable housing projects in high-opportunity areas. Buying a Home Is a Goal for Many Americans. How This Bank Is Helping Members of Low- and Moderate-Income Communities Achieve That 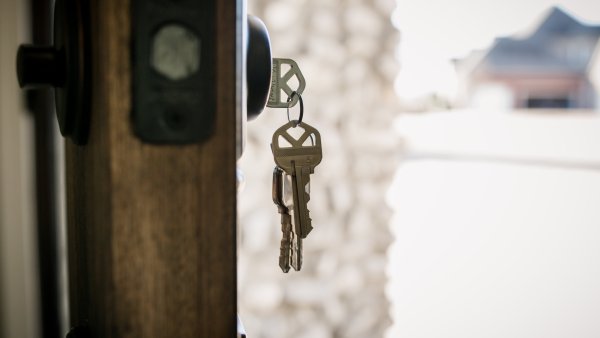 Even With Low Interest Rates, Mortgage Payments Are Increasingly Unaffordable

"Affordable housing is a pressing concern, and it is essential that we have all options on the table to ensure it is available and equitably distributed across the city of Los Angeles," Harris-Dawson said on Aug. 31.

"When we prioritize affordable housing and seek remedies through creative measures, we demonstrate a commitment to diversity, equity and economic justice."

The Department of City Planning and Housing Department adopted recommendations for the Housing Element Update, which, once approved by the City Council, will serve as a guide for LA's housing policy for the next decade. The plan includes a rezoning program that would increase density in resource-rich neighborhoods that have been limited to single-family-only uses to create the capacity for 255,415 new housing units within three years.