A memorial outside Fire Station 88 honors the efforts of California's Ground Zero responders and the victims of the Sept. 11, 2001, attacks

On the night of Sept. 11, 2001, a search-and-rescue team based at Fire Station 88 in Sherman Oaks was already on a flight to New York City to begin operations at the World Trade Center site.

Hissong watched the news of bin Laden's death Sunday night with his wife.

Hissong and his 70-member team arrived the day after the attacks.

"When we arrived, we arrived late in the evening," Hissong said. "It was a pretty amazing site to see the thousands and thousands of people lined up, just waving their flags and cheering that people were here to help."

Battalion Chief Robert Willcox is another USAR veteran who served as a safety officer among the 77 who deployed to Ground Zero a decade ago.  Willcox recalls how little he knew about bin Laden in the early hours when a military C-130 carried the team to New York.  But he and the team soon had to deal firsthand with the horror of which bin Laden had shown himself capable.

"It was clear how much one man and his thoughts could change the world." Willcox remembers thinking.

The team spent 10 unrelenting days before it became apparent there were no more survivors, and the mission reluctantly changed from search and rescue to recovery.

In the past decade, as a Battalion Chief, Willcox has responded to countrless emergencies
in the city of Los Angeles, and in his spare moments, continued to wonder if bin Laden ever would be tracked down. 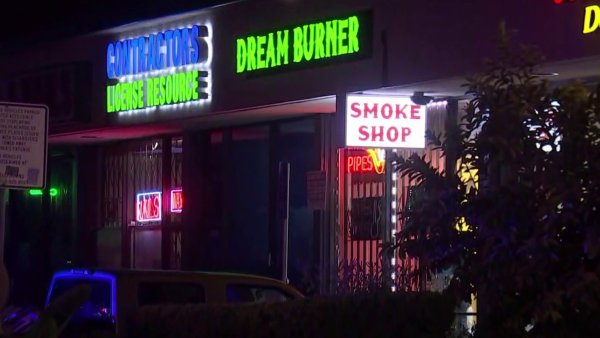 "I really did think that they would never catch him," Willcox recalled before additing:  "It's a tribute to our military."

The 9-11 Memorial Fountain outside Fire Station 88 stands as testament to their efforts and a memorial to the lives lost on that day.

The fountain includes a steel girder from the World Trade Center and a block of limestone from the Pentagon. The girder weighs about 750 pounds. It arrived at the fire station in December 2002.

During the day, passers-by brought flags and flowers, candles and balloons to express their relief and pride that a 10 year hunt had finally ended--bin Laden had finally been taken down.