Ryan Twyman, 24, in a car when he was shot and killed in June 2019 in a shooting caught on camera at a Willowbrook apartment parking lot.

A former Los Angeles County Sheriff's deputy pleaded not guilty Monday to charges in the fatal shooting of an unarmed man in a car outside a Willowbrook apartment.

Andrew Lyons, 37, is charged with one felony count of voluntary manslaughter and two felony counts of assault with a semiautomatic firearm in the June 16, 2019 shooting death of 24-year-old Ryan Twyman.

Lyons' attorney entered the plea during a brief court hearing that included the denial of a defesnse motion seeking to dismiss an assault charge. Lyons' next court apperance is scheduled for June 7 when a date will be set for a pre-trial hearing. 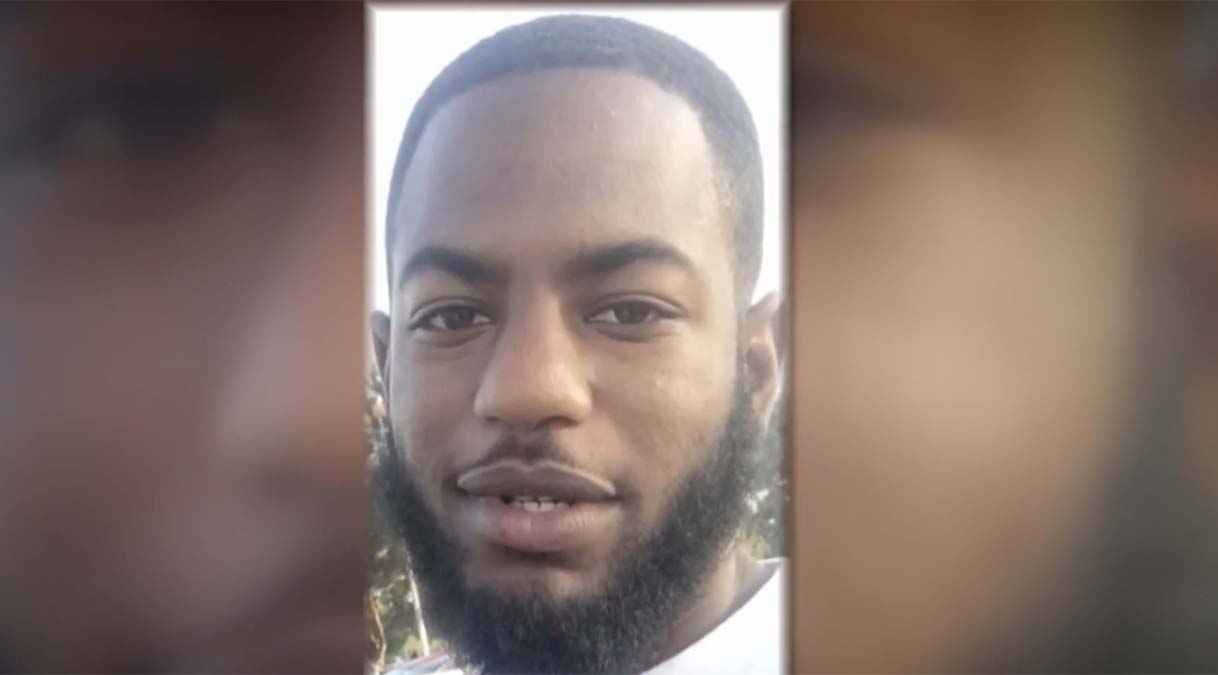 Lyons was with another deputy when they approached a car in a parking lot outside the apartment in Willowbrook, about 10 miles south of downtown Los Angeles. At the time, Tyman had been named in an arrest warrant.

Security camera video shows the car backing up after the other deputy opened a rear passenger door. Both deputies opened fire after Twyman put the car in reverse, according to the District Attorney's Office.

The car came to a stop nearby, and Lyons retrieved his semiautomatic assault rifle and shot into the vehicle after it stopped moving, according to the District Attorney's Office.

Twyman was struck by bullets in the neck and upper body. He died dead at the scene.

Prosecutors have charged a former LA county sheriff's deputy with manslaughter for a deadly on-duty shooting in Willowbrook three years ago. Eric Leonard reports for the NBC4 News at 11 p.m. on March 3, 2022.

A passenger was not struck by gunfire, but had fragments of glass in his hair and was taken to Harbor-UCLA Medical Center for evaluation.

Sheriff Alex Villanueva said in a statement on Facebook that the case was investigated by the department, which discharged Lyons on Nov. 8.

"Sheriff Villanueva remains committed to transparently holding our personnel accountable while providing for the safety and security of the communities we serve. Our condolences to Mr. Twyman's family for their loss," the department's Facebook post continued.

The other deputy was suspended for 30 days, the sheriff said in January.

In 2020, the county paid Twyman's family $3.9 million to resolve a federal lawsuit stemming from the shooting.

After the hearing Monday, Lyons' attorney called the prosecution a political move by Los Angeles County District Attorney George Gascón in an effort to make him appear tough on alleged offenses by law enforcement officers.

"I think that this is a case that is based in politics and not fact," attorney Nicole R. Castronovo told City News Service.

Lyons was charged in March. At the time, Gascón said in a statement that "policing is a difficult and trying job, but it does not excuse anyone from accountability under the law -- especially when a human life is lost."

Family members said they were relieved when charges were filed.

“The family had pretty much given up on the justice system,” said attorney Brian Dunn. “When you look at the way the shooting happened, it was such a callous use of force.”