The Los Angeles County sheriff on Tuesday disputed allegations he orchestrated a cover-up of an incident where a deputy knelt on a handcuffed inmate’s head and said a Los Angeles Times reporter who used leaked documents and video to first report on the case is part of his criminal investigation.

“Sheriff Alex Villanueva’s attack on Alene Tchekmedyian’s First Amendment rights for doing newsworthy reporting on a video that showed a deputy kneeling on a handcuffed inmate’s head is outrageous,” Executive Editor Kevin Merida said in a statement. “We will vigorously defend Tchekmedyian’s and the Los Angeles Times’ rights in any proceeding or investigation brought by authorities.”

The incident with the inmate occurred in a county courthouse on March 10, 2021 — two days after jury selection began for the trial of Derek Chauvin, the former Minneapolis police officer who was convicted of murder for pressing his knee against George Floyd’s neck for up to 9 1/2 minutes.

At issue is the case of an LA County Sheriff's deputy seen in video kneeling on an inmate's head for three minutes at the San Fernando Courthouse. Robert Kovacik reports for the NBC4 News on Tuesday, March 29, 2022.

The video shows Deputy Douglas Johnson directing inmate Enzo Escalante to move up against a wall in the courthouse. Escalante swings at Johnson and punches him repeatedly in the face. Three other deputies help Johnson wrestle Escalante to the ground and handcuff him.

The LA Times reported that Johnson had his knee on Escalante's head for more than three minutes, even after the inmate had been handcuffed, placed face-down and did not appear to be resisting. Escalante — who was awaiting trial on murder and other charges — was taken to the hospital for treatment of minor injuries. 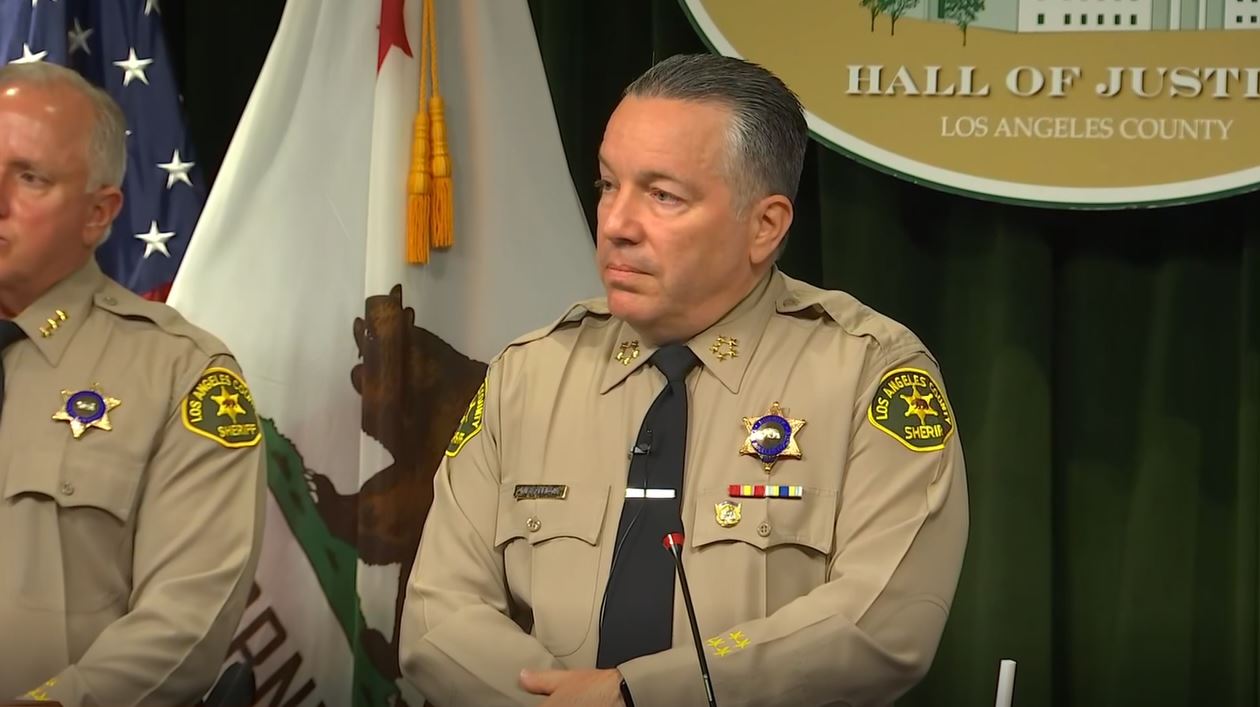 Villanueva: Mistakes Made in Handling of Probe of Deputy-Inmate Altercation 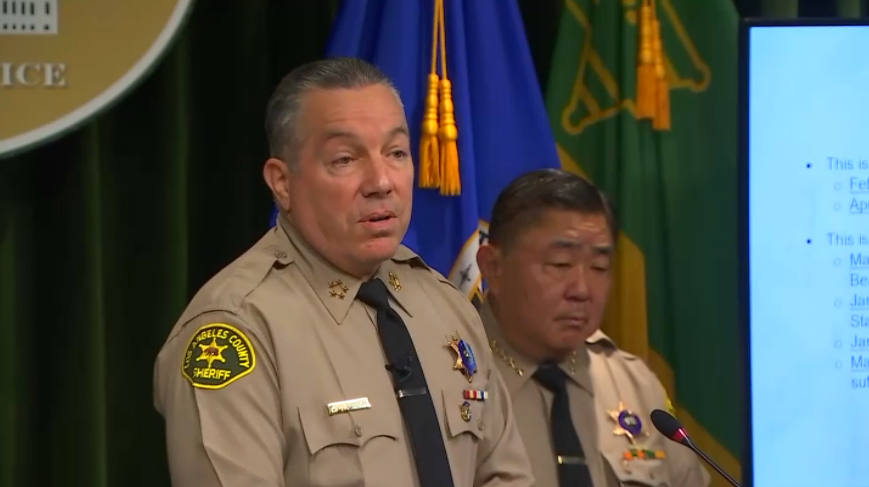 Johnson was removed from duty months later and is under criminal investigation, Villanueva said during Tuesday's news conference. No charges have been filed against the deputy.

Escalante has pleaded not guilty to two counts of resisting an officer. He is being represented by the public defender’s office, which did not immediately respond to a request for comment. Escalante has filed a federal lawsuit against members of the sheriff’s department, including Villanueva, that alleges his civil rights were violated.

On Monday, Commander Allen Castellano filed a legal claim, a precursor to a lawsuit, that accused Villanueva of first blocking and stalling the investigation into Johnson's use of force, and then working to cover up the incident and retaliating against whistleblowers.

Villanueva, who oversees the nation’s largest sheriff’s department, is up for reelection and Castellano's claim states the sheriff was seeking to avoid bad publicity during his campaign.

The sheriff on Tuesday said he did not see the video until eight months after the incident, but Castellano wrote in his claim that Villanueva had viewed it within days.

For the first time, L.A. County's Sheriff has been forced to answer questions, under oath, about deputy cliques or gangs inside the Sheriff's Department. Eric Leonard reports for the NBC 4 News at 5.

Villanueva called Castellano a “disgruntled employee” who made “false claims.” The sheriff also said the video obtained by the Times was “stolen property that was removed illegally” and “all parties" to the act are subject to his investigation of the leak.

“She received the information and then she put it to her own use," he said, referring to Tchekmedyian. "What she receives legally and puts to her own use and what she receives illegally and the LA Times uses it, I’m pretty sure that’s a huge complex area of law and freedom of the press and all that. However, when it’s stolen material, at some point you have to become part of the story.”

During his news conference Villanueva displayed photos of Tchekmedyian, LA County Inspector General Max Huntsman and former sheriff's Commander Eli Vera under the heading: WHAT DID THEY KNOW AND WHEN DID THEY KNOW IT?

In Tchekmedyian's original story, Vera said Villanueva viewed the video at an aide’s desk within days of the incident. Vera is running against Villanueva and also was commander overseeing court services where the incident occurred. Huntsman is investigating the allegations Villanueva lied about the incident and issued a subpoena ordering Villanueva to either testify or turn over records.

Tchekmedyian, who regularly covers the sheriff's department, attended the news conference and Villanueva ignored her questions.

The sheriff has previously targeted other reporters for their work, including when his deputies arrested a KPCC public radio reporter in 2020 while she was filming an arrest during a protest.

“The press has an absolute right to report on and publish information of public concern, even if that tape is otherwise confidential and leaked to them," Loy said. "This is bedrock First Amendment law.”

Later Tuesday, Villanueva declared, "We have no interest in pursuing, nor are we pursuing, criminal charges against any reporters."

In a series of tweets made at 6:46 p.m., Villanueva tweeted, "Resulting from the incredible frenzy of misinformation being circulated, I must clarify at no time today did I state an LA Times reporter was a suspect in a criminal investigation. We have no interest in pursuing, nor are we pursuing, criminal charges against any reporters.

"We will conduct a thorough investigation regarding the unlawful disclosure of evidence and documentation in an active criminal case. The multiple active investigations stemming from this incident will be shared and monitored by an outside law enforcement entity.

"What should be of interest is the fact the LA Times refuses to acknowledge their reporting, and the account of a disgruntled employee, were thoroughly debunked during today's press conference."