The couple says the paramedics declared the baby healthy after being born at home but rushed everyone to LA County USC Medical Center where the couple declined to let doctors draw the baby's blood.

A Los Angeles couple wanted a private birth at their home but they say things took a hostile turn when they had to go to the hospital and police later showed up with guns at their door.

Kayla Love and Khari Jones are thrilled about their daughter Fari Love Jones, born at home on June 27.

"I started feeling pain at 9 o’clock. She was here at 9:15. There was no time for a doula, midwife or anybody to get there," said Kayla.

"We had an emergency birth. We wanted a home birth, still trying to figure out what we really wanted to do," said Khari.

Since Kayla had complications, paramedics were called. The couple says the paramedics declared the baby healthy but rushed everyone to LA County USC Medical Center where the couple declined to let doctors draw the baby's blood.

"We said no. We prefer our child to be seen by a private physician. Don’t want your services. Reserve the right to deny," Kayla said.

The couple says that's when things took a hostile turn and doctors asked if Kayla had Hepatitis. They also say a social worker and LAPD asked about domestic abuse in the home.

"The officer was, as a mother, she was like, don’t you care about your daughter? Don’t you want to answer these questions and get this over with?" said Kayla. 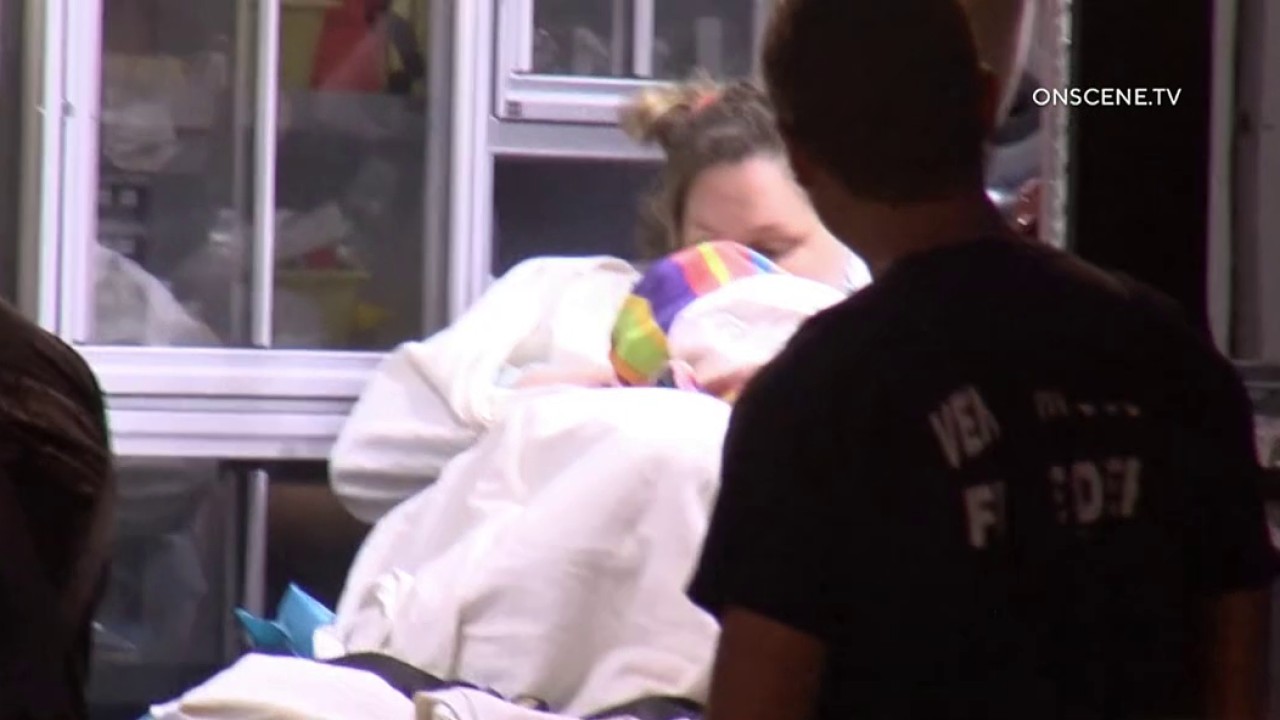 Baby on the Go! Woman Gives Birth on Side of Road in Simi Valley Kayla opted to discharge early and go home with her family but the couple says that night, the social worker walked in with the police.

"Between 10-15 officers came up in our home, pointing guns at me while I’m holding the baby! Over a Health and Wellness check, what they claim to be," said Khari.

"When there are concerns about the health and welfare of a minor, our medical staff have obligations to report such matters to appropriate social welfare authorities so they can investigate the safety of the home environment."

The couple and their California state senator dispute such concerns.

"This is predatory. They are just going for people they feel can be a victim. They didn’t know who they were dealing with. We are not letting this slide," said Kayla.

The couple believes someone provided police with keys to enter their apartment. They've got questions and plan legal action.

“On July 12, 2021, the Los Angeles Police Department (LAPD) became aware of a social media post by California State Senator Sydney Kamlager alleging that LAPD Officers drew their guns on a father and his new baby.  The LAPD immediately reviewed the facts and circumstances of this incident, which also included the review of the Officers’ Body Worn videos.

It was revealed that on June 27, 2021 LAPD officers responded to the 800 Block of West Adams Blvd, Regal Trojan Student Housing, at the University of Southern California after a radio call was created to meet with a social worker from the Los Angeles County Department of Children and Family Services (DCFS).

The officers were asked by DCFS to respond to conduct a welfare check on a baby after the mother recently gave birth and left the hospital with the child against medical advice.  After the officers met with the social worker at the location, they escorted the social worker to an apartment.  A male adult inside the home refused to open the door and let them check on the welfare of the baby after being repeatedly asked to do so by the social worker, officers, and an LAPD supervisor at the scene.

As the officers entered the apartment, they were concerned for their safety as they cleared the apartment for any threats and made sure the male inside was not armed.  The male adult was briefly detained but none of the occupants were arrested.  The baby and mother were not in the same room as the male adult and no weapons were ever pointed at the mother and child.

No crime report has been completed for this incident.  The LAPD has initiated a personnel complaint to address the allegations raised by the social media post.  An LAPD Staff level command officer has reached out to Senator Kamlager to provide details of this incident.  The LAPD strives to treat all persons with dignity and respect and we will continue our commitment to transparency while ensuring the safety of our officers in turbulent and dangerous situations.”