An LAPD officer accused Rick Jacobs, a mayoral deputy, of harassment in a civil lawsuit.

The officer says in some cases, the harassment was happening right under the mayor's nose.

According to a complaint, the officer was assigned to the mayor's LAPD security detail in 2013, when Garcetti first took office.

He says almost immediately - he became the target of unwanted advances - by one of the mayor's closest advisors.

The advisor is identified in the lawsuit as Rick Jacobs.

Jacobs was an advisor to mayor garcetti's campaign for office, and also served for a time as deputy mayor.

In the complaint, filed Monday in superior court, LAPD Officer Matthew Garza claims his job "required him to interact with Jacobs frequently." 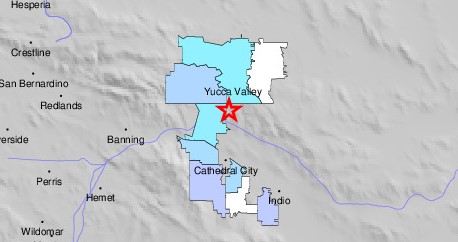 Jacobs would "use a handshake to pull him toward him and give him a long tight hug, while saying words to the effect of quote "you're so strong and handsome," "your muscles are so tight," and "I love me my strong LAPD officers."

Garza says these and other alleged "inappropriate comments made him extremely uncomfortable."

He also claims "Mayor Garcetti was present on approximately half of the occasions when Jacobs behaved in this way, and witnessed Jacobs' conduct, but he took no action to correct Jacobs' obviously harassing behavior."

The lawsuit claims the officer, who is still active duty, has suffered physical, mental and emotional injuries.

The suit also alleges that because he asked for a different assignment.

The officer lost his rank and some of his salary.