A directive from new district attorney George Gascon puts a halt to LA County prosecutors opposing parole for inmates sentenced to life who have already served their mandatory minimum period of incarceration.

Sheriff Alex Villanueva questioned In a letter Wednesday to Los Angeles County's top prosecutor why deputy district attorneys have been barred from attending parole hearings and vowed that representatives from his department would appear on behalf of victims' families to give them "a voice."

Villanueva wrote in the letter to District Attorney George Gascon, who took office Dec. 7, that the sheriff's department has traditionally written letters expressing public safety concerns when a prisoner is scheduled for a parole hearing, and that he "cannot understand why your office is barring prosecutors from attending parole hearings."

"The purpose of this correspondence is to notify you, if prosecutors will no longer be allowed to attend parole hearings, the LASD will attend parole hearings in the absence of your prosecutors," the sheriff wrote. "At the request of family members, the LASD will do everything possible to give victims a voice at the table to address their concerns."

Whenever the notorious killer Charles Manson or one of his convicted followers would come up for parole over the last 40 years, a county prosecutor joined victims’ family members at a state prison to argue against the release. When Kay Martley joined a California Board of Parole Hearings video conference to consider parole for convicted Manson "family" killer Bruce Davis earlier this month, she was stunned to learn she would be making the case on behalf of her murdered relative alone, NBC News reported.

Villanueva noted that the sheriff's department will continue to "write letters in opposition" and attend parole hearings virtually or have investigators travel to in-person parole hearings when appropriate.

NBC4’s Conan Nolan talks with Michele Hanisee, the President of the Association of LA County Deputy District Attorneys on why they are suing their boss-- George Gascon. The association represents some 800 District attorneys in the county of Los Angeles. The hearing is set for February 2.

In a statement in response to the letter, Alex Bastian, special adviser to Gascon, said, "When heart-wrenching crimes occur, victims and their families are changed forever. That is why District Attorney Gascon has directed our office's victim advocates, who are trained to provide trauma-informed care, to support victims during parole hearings.

"They are available to attend any hearing where victims want them present," he said. "Sheriff's deputies, like prosecutors, do not have all the pertinent facts and evaluations at their disposal. The parole board does -- and its sole purpose is to objectively determine whether someone is suitable for release." 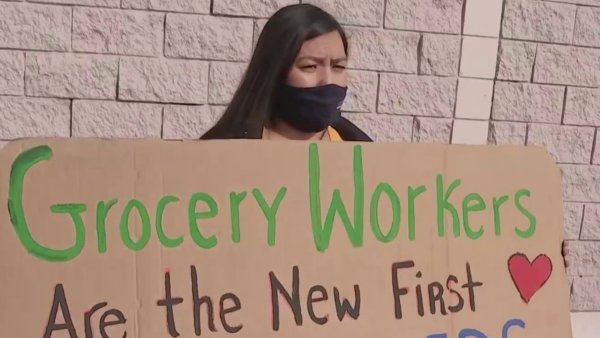 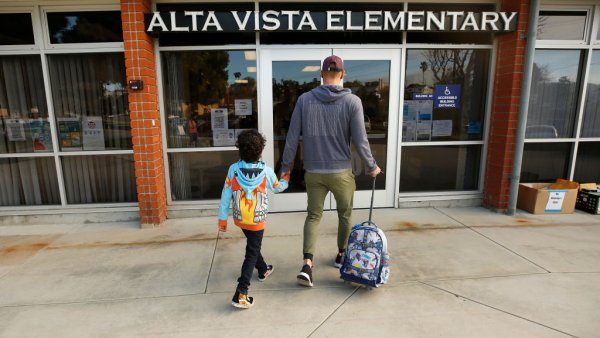 The same day he was sworn into office, Gascon issued a directive on so-called "lifer parole hearings" that indicated that the office's "default policy is that we will not attend parole hearings and will support in writing the grant of parole for a person who has already served their mandatory minimum period of incarceration, defined as their MEPD (Minimum Eligible Parole Date), YEPD (Youth Parole Eligible Date) or EPD (Elderly Parole Date)."

The directive noted that "if the CDCR (California Department of Corrections and Rehabilitation) has determined in their Comprehensive Risk Assessment that a person represents a `high' risk for recidivism, the DDA (deputy district attorney) may, in their letter, take a neutral position on the grant of parole."

The directive also stated that the crime for which someone is convicted is "of limited value in considering parole suitability years or decades later,'' that the value of a prosecutor's input in parole hearings is "also limited" and that "currently, sentences are being served that are much longer than the already lengthy mandatory minimum sentences imposed."

The office will continue to "meet its obligation to notify and advise victims under California law, and is committed to a process of healing and restorative justice for all victims," according to the directive.

Santa Rosa artist John Deckert has been braving the front lines to capture the subjects for his portraits. Throughout history, portraits have typically been reserved for people of power or the wealthy. But for John, it’s everyday workers who keep their community going—like firefighters, doctors, nurses, and mailmen—that inspire his artwork. The best part is seeing their touching reactions to their very own custom portrait, and he just so happens to have a special surprise for Ross! Tune in to find out what it is.

The sheriff's letter to Gascon comes less than two weeks after a state parole board panel recommended the release of Bruce Davis, a one-time Manson Family follower who was convicted of two killings in 1969. The District Attorney's Office did not disclose whether it supported or opposed Davis' parole bid or had an attorney present at the parole suitability hearing, but one of the victim's cousins subsequently told NBC that she had no one to speak for her.

Davis was convicted in 1972 of first-degree murder and conspiracy for the July 25, 1969, stabbing death of musician Gary Hinman in his Topanga Canyon home and the killing of Donald ``Shorty'' Shea, who was last seen alive on Aug. 27, 1969.

Former Los Angeles County District Attorney Steve Cooley -- who held the office from 2000 to 2012 -- told City News Service last month that a group of attorneys is being organized to make appearances at parole hearings on behalf of victims and their families, whom he said would otherwise have "no advocate" at the hearings if deputy district attorneys do not travel to the hearings.

Cooley has also teamed up with a group of former prosecutors to provide pro bono representation in court to victims and their families who are being affected by the series of directives imposed by Gascon -- one of which requires prosecutors to seek the dismissal of special circumstance allegations that could result in life prison sentences without the possibility of parole. Some judges have refused to dismiss bids by the District Attorney's Office to dismiss those allegations.