Lakers get a day off after the incredible high of Monday and the crushing down of Tuesday.

The Lakers had their first night off in this young 2013-14 NBA season Halloween night.

After the jubilant rise and the crushing defeat of this week's back-to-back, the Lakers took Thursday off.

Fans, please take Thursday off, too.

Forget the Golden State Warriors. Forget the LA Clippers. Those were both opening nights, but the story is far from written on these Lakers.

In Wednesday night’s loss, Pau Gasol did not start particularly well. He was not the worst Laker on the night, but this team is too thin for Gasol playing at a level that does not exceed expectations. That is the unfortunate reality until Kobe Bryant returns.

After the loss, the Spaniard sounded off a warning about the Lakers’ lack of energy. Worse, Mark Medina of the Daily News hinted that Gasol sounded a bit under the weather.

The Lakers simply cannot afford anything less than a healthy Gasol playing at 100 percent.

“We can’t try to do it on our own,” Gasol told Medina after the game. “If we’re going to be small, we have to be active and get hands on balls and scramble as much as possible and hustle. That wasn’t the case. There were too many open shots for guys who are shooters.”

The Lakers on Tuesday never found a rhythm and missed easy shots. Their defense missed the flight from LA altogether. 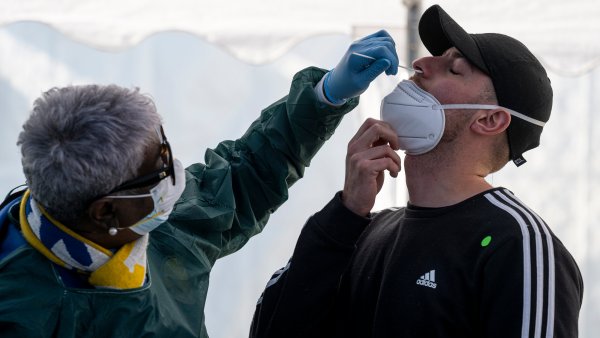 Here's What to Know if You Were Exposed to COVID-19

By Thursday morning, LA’s purple and gold had guaranteed 2013-14 would not be a winless season or an undefeated season.

Now, they have 80 more games to play.