If convicted as charged, Wade could face a potential 25-year-to-life state prison sentence, while White faces up to six years in state prison, according to prosecutors.

An ex-con was charged Wednesday with attempted murder and other counts for allegedly beating and robbing an 80-year-old man in a Lancaster grocery store restroom.

Damaris Wade -- also known as "Papa Cill'' -- is facing one felony count each of attempted murder, elder abuse with infliction of injury and second-degree robbery, according to the Los Angeles County District Attorney's Office.

The charges include allegations that the 22-year-old Lancaster resident inflicted great bodily injury on a victim 70 or older and that he has a prior conviction for robbery in 2016.

Wade's girlfriend, Tamika White, 33, is charged with one felony count of being an accessory after the crime, along with an allegation that she was convicted in 2014 of assault with a deadly weapon.

Wade allegedly attacked Roberto Flores-Lopez on July 8 inside the restroom of Superior Grocers in the 1000 block of East Avenue J, near 10th Street, and stole the victim's wallet, according to Deputy District Attorney Yujin Yi.

The victim's injuries included a broken jaw and nose.

His assailant was wearing a black mask with a design of white fangs, and the sheriff's department posted a wanted poster with photos of the suspects two days later. Wade and White surrendered the following day at the Lancaster sheriff's station, authorities said.

Ali Villalobos with the Lancaster sheriff's station noted that family members of Wade had met with the Flores-Lopez family and that "both families call for unity within our community.''

If convicted as charged, Wade could face a potential 25-year-to-life state prison sentence, while White faces up to six years in state prison, according to prosecutors.

Roberto Flores-Lopez was in the bathroom of a Lancaster grocery store in the 1000 block of East Avenue J, near 10th Street, at 8:30 a.m. Thursday when he was attacked by a man with a black mask with a design of white fangs, authorities said. 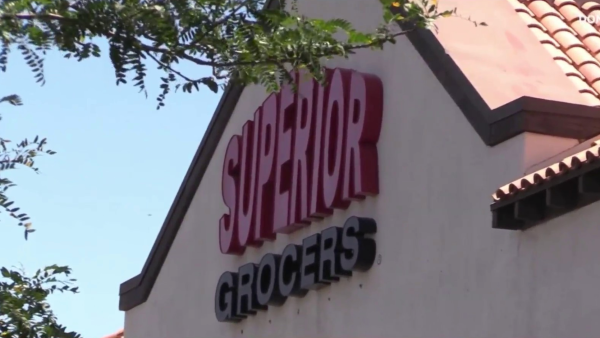 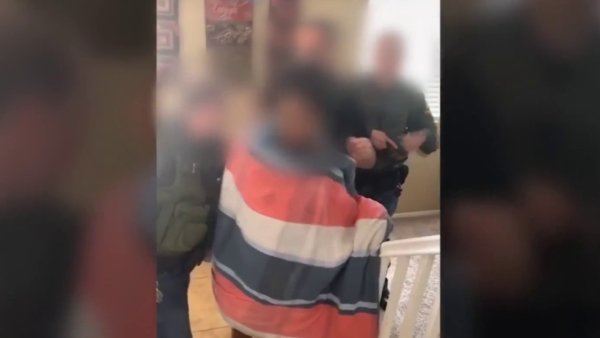