Maurice Jewel Taylor Sr. faces a potential state prison sentence of 57 years and four months to life if convicted as charged, according to the Los Angeles County District Attorney's Office.

Ten months after the Lancaster father of two slain children was taken into custody, accused of decapitating them, the children's mother was arrested at her home in Arizona on murder charges.

The Los Angeles County Sheriff’s Department said 44-year-old Natalie Brothwell was arrested at her home in Tucson and held at the Pima County Jail awaiting extradition back to California. 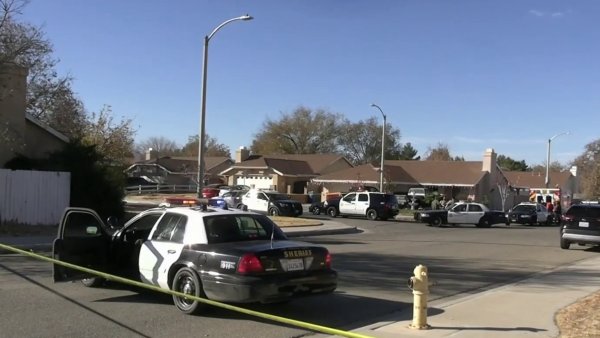 Maurice Jewel Taylor Sr., the 12 and 13-year-olds' father, was accused of decapitating the children and forcing his two other children to look at their slain siblings' bodies.

It wasn't immediately clear what Brothwell's alleged role was in the slayings.

In December 2020, criminal proceedings were suspended for Taylor after the court declared a doubt as to his mental competency.

The former personal trainer who had worked in Santa Monica was being held in lieu of $4.2 million bail in the deaths of his 12-year-old son, Maurice Jr., and 13-year-old daughter, Malaka.

The District Attorney's Office said two other children, younger boys, were forced to look at their siblings' bodies and kept in their rooms for days without food.

On Nov. 29. the bodies of the children was discovered in the home in the 45000 block of Century Circle five days after the children were killed.

Brothwell was questioned the evening of Dec. 4, but it isn't clear why she wasn't also taken into custody.

The investigation got underway when Taylor's clients couldn't get ahold of him for sessions. He faces 57 years and four months to life if convicted as charged, according to the Los Angeles County District Attorney's Office.

Sheriff's detectives were investigating after a 911 call of a gas leak. Kim Baldonado reports for the NBC4 News on Friday, Dec. 4, 2020.