Police said they are hoping to view surveillance video to find out who was inside, adding that they believe four or five people may have gone into the home.

The woman was asleep inside Brown's Tarzana mansion about 2 a.m. when she heard noises in the house and saw a man come into her room, Los Angeles Police Detective Meghan Aguilar said. Brown was not home at the time.

The woman told police the man was armed with a handgun, and that the man asked if there was any money or a safe in the house, Aguilar said. 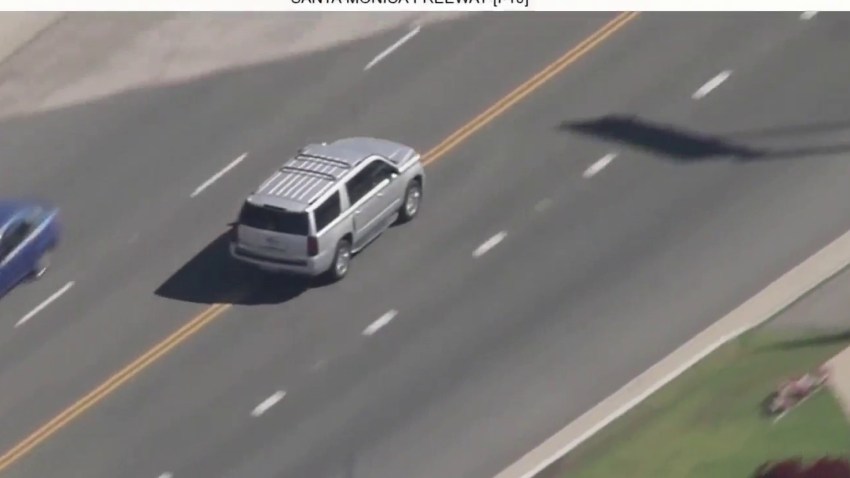 Police said when the woman couldn't answer the man's questions, he forced her into a closet and told her to wait there.

"As with any victim of a robbery, she's shaken up," LAPD Lt. Kirk Kelley said.

The woman was not hurt but told police she was terrified and called 911 once the house was quiet again.

"We have nothing that indicates the people that broke into this home of Chris Brown knew Chris Brown or even knew this was his residence," Aguilar said.

Police said they are hoping to view surveillance video to find out who was inside, adding that they believe four or five people may have gone into the home.

"It's a large residence and it's going to take some time to figure out exactly what was taken," Aguilar said.

Brown spoke with investigators at the scene but did not speak to media. NBC4's calls to Brown's publicist and attorney were not immediately returned.

Wednesday's home invasion comes after the singer's Agoura Hills home was broken into in May. The intruder in the May incident allegedly took doors off hinges and vandalized the home's interior walls and Brown's cars.

Corey Arvin and Christina Cocca contributed to this report.