Chief Michel Moore said the department had identified 133 likely instances of such crimes. The heists involve robbers who follow people wearing high-end jewelry or have expensive vehicles or other belongings.

Three men face murder and robbery charges and a fourth faces a robbery charge in connection with a spate of follow-home robberies that have plagued the city in recent weeks, police said Friday.

A Los Angeles Police Department task force on follow-home robberies, with assistance from an LAPD SWAT unit and Beverly Hills, Glendale and Fontana police, made the arrests on Dec. 21 in various locations in Los Angeles and Fontana.

Sanders, Castilllo and Singleton have all been charged with murder, robbery and attempted robbery. Saulsberry is charged with robbery. 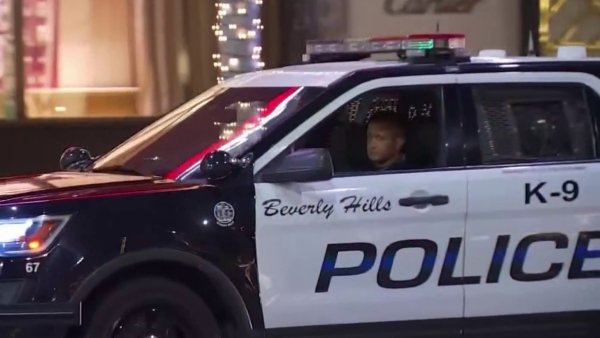 Beverly Hills to Increase Security Measures Amid Rise in Crime

The murder involved a man who was shot at restaurant in the 7100 block of Sunset Boulevard on Nov. 23, LAPD Officer Norma Eisenman said.

The victim was Jose Ruiz Gutierrez, 23. He was waiting in a car outside Bossa Nova restaurant in the 7100 block Sunset Boulevard at around 2 a.m. that day when a woman he was with stepped out and was accosted by a group of men who tried to rob her, police told the Los Angeles Times.

Gutierrez, who was carrying a gun, got out of the car to intervene and the suspects allegedly shot him to death and fled, according to the report.

A special task force has been assigned to track down those responsible. Eric Leonard reports for the NBC4 News on Wednesday, Dec. 15, 2021.

Hours after the crime, LAPD Chief Michel Moore announced that the agency would create a task force to investigate "follow-home robberies," which have increased in frequency in recent weeks.

Moore said the department had identified 133 likely instances of such crimes. The heists involve robbers who follow people wearing high-end jewelry or have expensive vehicles or other belongings.

Moore said Gutierrez was "coming to the aid of a female who was being attacked" when he was killed.

"They'll work moving forward on identifying these individuals responsible and pursuing and bringing them before the criminal justice system," Moore said.

"The impact this is having on the sense of community, of safety, is profound," he added.

Moore added that people should not try to protect their property when confronted with robbers.

"There's no item of jewelry or piece of property that they have that is worth their life, and so if they find themselves in such a perilous situation, to cooperate, be a good witness. … Do not chase people, do not try to pursue people and do not try to take actions yourself other than to minimize the chance that you become a victim of the type of violence we saw this morning," he said.

He added that if someone notices they're being followed, they should not drive home and instead go to a police station and call 911.