New policies and training intended to reduce use of deadly force by police will be considered Tuesday by the Los Angeles Police Commission.

The key emphasis is on attempting to "de-escalate" crisis situations to keep them from degenerating to the point of life or death, said Commission President Matt Johnson.

"The requirement that de-escalation tactics be used where appropriate and where reasonably available — that's not something that's built into our policies now," Johnson said.
A dozen recommendations by Johnson and fellow Commissioner Robert Saltzman come with a 22-page report examining use of force policy, training and investigations over the past decade.
Johnson has made reducing deadly force incidents a priority since Mayor Eric Garcetti appointed him to the commission last September. 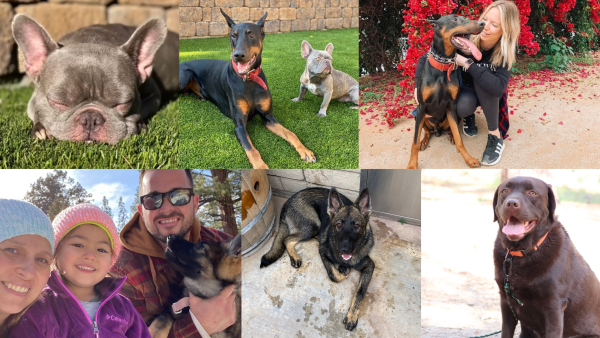 Like other law enforcement agencies, the LAPD has been the target of protest and second-guessing after controversial use of force incidents, several of which took the lives of people who were unarmed, but combative.
Last year, 38 persons were struck by LAPD gunfire — the highest total in five years, according to a report the department released last week.
Fourteen were mentally ill. In some cases, it was concluded the individual was suicidal and intent on provoking police fire.
In recent years, the LAPD has made a series of revisions to training, adding emphasis on protocols for dealing with those with mental illness.
Last fall, at the direction of Chief Charlie Beck, the department created a course on "reverence for life" that all officers were required to attend. Johnson called that a "first step."
The specific training regiment for de-escalation has yet to be worked out. The recommendations would also change the standards for reviewing whether a police shooting was within policy, and require that investigators look at what measures were taken to try to de-escalate the situation.
Police shootings are rarely found to be out of policy. The standard is whether the officer had reason to fear imminent threat to him or herself, or another. Johnson believes with de-escalation techniques, some situations can be prevented from degenerating to the point where an officer perceives an imminent threat.
Johnson declined to give examples, but the department has faced significant criticism over the 2015 officer involved shooting that took the life of Charly "Africa" Keunang, a homeless man with mental illness.
Officers responded after Keunang struck another homeless man in a neighboring tent. Keunang refused to come out of his tent, and when officers went in after him, he became combative, and officers swarmed him. Shots were fired after one officer yelled that Keunang was trying to get the officer's gun from his holster.
"There's a phrase that you hear often in adjudicating these cases — it's called lawful but awful," said Johnson. "It was legally justified, it's in policy. But it's just awful, and you know that things should and could have gone differently."
The report, prepared by Inspector General Alexander Bustamante, was posted Friday morning.
The organization which represents officers, the Los Angeles Police Protective League, has yet to review it and take a formal position, but president Craig Lally said he has concerns about placing additional duties on officers at the moment of potentially life or death decisions.
"Most of these situations are split second," said Lally.
Lally also questioned whether there is need to formally require de-escalation.
"We always try to de-escalate," Lally said. "The last thing on Earth an officer wants to do is get involved in use of force, especially in these times when you're scrutinized to death."
Johnson acknowledged that in many crises, de-escalation is not feasible.
"Use of force should be a last resort, though. If there is an opportunity to de-escalate a situation or use less than lethal means, officers should utilize that," Lally said.
Use of force policy last underwent a significant revision in 2009 when "objectively reasonable" was adopted as the legal standard for when police deadly force is justified.
Other changes "implicitly broadened authority for the use of deadly force to situations where alternative courses of action may be available to the officer," the report states in a conclusion
section.
"The 2009 policy does not include language to indicate that deadly force should be used only when necessary, or as a last resort, or that alternative options must be exhausted or appear impracticable.
The elimination of such language has the effect of making the current policy more permissive, removing the mandate that officers use available alternate means of resolving a potentially deadly
encounter, such as by moving to a safer position when confronted by a person armed with a knife, or by using a less-lethal weapon in place of a firearm."
There will be opportunity for public comment at Tuesday's meeting in LAPD headquarters when the commission considers adopting the recommendations.