School officials are considering how to ease students into increased expectations

Out of concern that the already high dropout rate will spike when planned college-prep requirements are instituted next year, Los Angeles school officials are considering action to ease students into the new academic expectations.

Under a proposal introduced Tuesday, the Los Angeles Unified School District would reduce the number of courses needed for graduation while also requiring students -- beginning with the class of 2017 -- to pass with a "C" grade instead of "D" grade, as currently allowed.

The proposed changes come as district is in the process of implementing a requirement that all freshmen next year comply with a college-prep course sequence that was first created in 2005. Students will next year have to take a third year of math and two years of foreign language -- courses that are required for admission to California public universities. 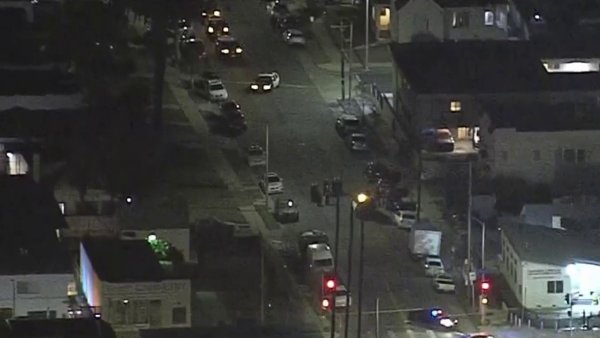 Last year, only about 15 percent percent of graduating seniors passed those courses, known as A-F requirements, with a "C" grade, according to a memo to the school board (PDF) from Superintendent John Deasy.

The proposal also includes reducing the number of required credits from 230 to 170, which district officials said would give students more time to make up missing credits or receive tutoring. Requirements for health, applied technology and some electives -- required by the district but not California's university systems -- would be eliminated.

Gerardo Loera, the school district’s executive director of instruction, said that without the change to the number of requirements, the district’s already high number of dropouts might spike as students struggle to comply with higher expectations.

“The number of credits is not what makes a student competitive for admission into university. It’s the type of course, how the students do in those courses, and how they do beyond the school day,” Loera said. “If the board does not accept this recommendation, I can see our dropout rate increasing.”

A plan presented to a Board of Education committee suggested a “communication campaign” to ensure that students know that even though they can graduate with “D” grades in the coming year, those marks won’t make them eligible to get into Cal State and University of California campuses.

The incoming freshman class in fall 2013 would be expected to earn a “C” on all required courses, under the proposal.

The full board is expected to vote on the plan next month.