A new year brings new laws in California. Here's what you need to know.

Hundreds of new laws are going into effect in 2022, from requiring ethnic studies to graduate, to cracking down on illegal street racing, and allowing restaurants to continue selling to-go cocktails -- to name a few.

If you're just curious about traffic laws, you can find a separate list here.

Here are some of the new laws going into effect in 2022 that residents should know about. 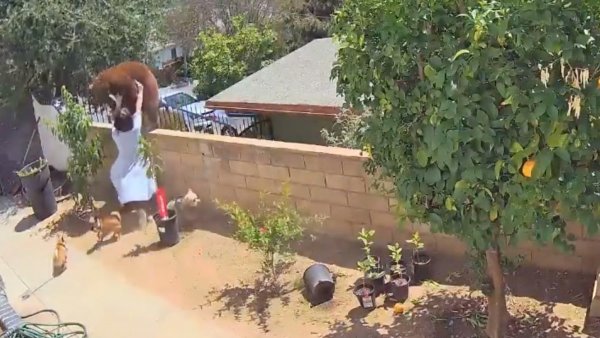 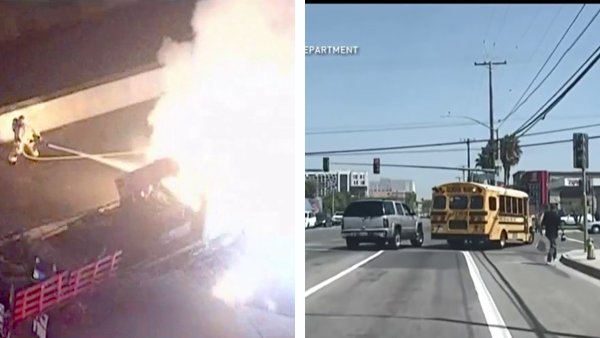 The second part of the law is what goes into effect in January 2022. Egg-laying hens must be cage-free, and breeding pigs must be allotted 24 square feet per pig.

Meat industry critics say it's going to drive the price of meat way up, and cause a meat shortage.

The popular notion of buying alcoholic drinks to go from restaurants will be continued in 2022 after the positive effect on businesses.

There are many rules for how the alcohol is packaged and sold, which can be found here.

California public schools, including colleges, must provide free menstrual products to students. The signing of the bill followed a nationwide push for affordable access to pads, tampons and other items.

The Menstrual Equity for All Act of 2021 requires public schools to stock restrooms from grades 6-12 with an adequate supply of free products in all women’s restrooms and all-gender restrooms, and in at least one men’s restroom, before the start of the 2022–23 school year. It also requires California State University schools and each community college district to stock free menstrual products, and make them easy to get to.

While some say it's long overdue that students were required to learn about the diverse history of California and Black, Latino, Asian, and Native American studies, others were not on board with the embattled bill. In a first iteration, the bill was criticized for being too politically correct.

Large department stores will have to provide a gender-neutral toy aisle in 2022. Some critics say the government should not dictate how stores lay out their sections, while others say it's combatting how some products marketed toward girls are priced higher.

Advocates say it will encourage kids to freely express themselves, and with toys separated by gender, it makes it more difficult for consumers to compare products.

The fines for stores that do not comply start at $250, and go up to $500 for each following offense.

It applies to stores with 500 or more employees.

The bill calls for businesses to help reduce what's called short-lived climate pollutants. The aim of the bill is to reduce the amount of organic trash that goes to landfills, which makes up a third of what goes to the landfill, CalRecycle said. Ultimately, the aim is also to reduce the greenhouse gases generated from organic materials decomposing in landfills.

It not only calls for a big commitment from businesses, but also from residents.

Organic waste like kitchen scraps must be separated from the rest of the trash.

Local jurisdictions are responsible for outreach and educating residents. Businesses are also to start donating edible food that was intended to be trashed.

As for penalties, courts will be permitted to suspend a driver’s license between 90 days and six months. That part of the law is effective July 1, 2025.

In middle and high schools that already have a health education course, part of the curriculum must now be dedicated to mental health.

The aim of the bill is to teach mental wellness in young people, but also to help them identify when then need to ask for help.

Gov. Gavin Newsom signed multiple police reform bills into law, including not allowing police to use rubber bullets or tear gas unless other crowd control methods have been used, and officers have no recourse.

Another such bill, SB 2, aims to stop officers from transferring to other departments once they've been found to have committed serious misconduct.

It also makes it against the law to charge a customer a purchase price higher than what is listed on the website at the time of order.

If you order for pickup, the gratuity will go to the restaurant -- not the app.

For all the bills signed into law, see this page.

A few bills, including decriminalizing jaywalking and allowing bicyclists to roll through stop signs, were vetoed.

Year in Review: Southern California 2021 Images in the News