An apartment in the 2800 block of Artesia Boulevard was on fire.

As investigators sifted through the rubble Thursday after a fire gutted an apartment complex in Long Beach, displaced residents were reeling from the devastation.

When smoke and flames erupted around 1:30 p.m. near her apartment on East Artesia, Natalie Salerno was at work three miles away. 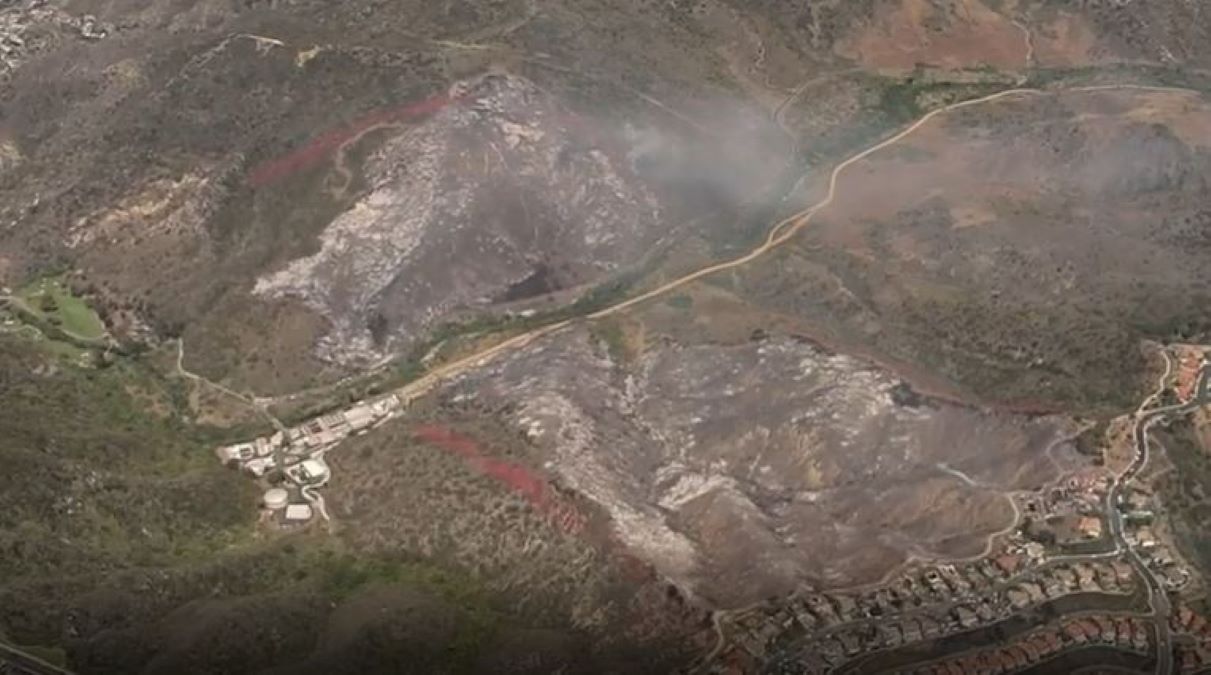 She got home in time to hear a roof collapse inside her North Long Beach community.

"We heard when this fell," she said. "It was like a big thump. So we could hear when it fell."

Lakita Elliott and her family were not so lucky.

"All the groceries are gone," Elliott said. "All the food is gone. Like, all my pictures. Anything I ever had is gone. My TVs. My Smart TV. That stuff cost money. It's just mind blowing."

Firefighters from across the region pounced on the three-alarm incident with multiple roof collapses: their battle complicated by brisk inland winds.

"We did have significant progression of the fire throughout the building," said Long Beach fire Capt. Jake Heflin, a spokesman. "We're dealing with a wind condition right now. Obviously that is a contributing factor to the spread of the fire."

No one was injured escaping or fighting the fire but at least a dozen apartments were destroyed.

"I don't know how many people are without a place like me," Elliott said. "This was our home. Where we gonna lay our head down now?

"I feel bad for my neighbors. We're all a good community here. And I feel bad that anybody lost their apartment you know?"

Fire officials say the Red Cross and the health department will try to help victims get back on their feet.