Councilman Gil Cedillo's office said the goal of the rehabilitation project is to make the park safe and clean for residents of the dense neighborhood.

The lakeside portion of MacArthur Park has closed for "much-needed deferred maintenance," closing that area of the park to unhoused Angelenos who have taken up residence there during the pandemic.

The park appeared to be devoid of people and tents after 10:30 p.m. as fencing was installed in anticipation of the rehabilitation project.

The area of the park between Alvarado and Park View streets and Wilshire Boulevard and Seventh Street, will close for 10 weeks. Councilman Gil Cedillo's office said it began offering shelter options to people living in the park starting in January, and as of Wednesday, 257 people had been moved indoors.

Teams with the Los Angeles Homeless Services Authority and People Assisting The Homeless have been handling the outreach operation, and the park's residents were offered Project Roomkey placements in hotels and motels in the mid-downtown area, according to Jose Rodriguez, Cedillo's deputy district director.

People living in the park would not be stopped from relocating to the north side of the park, across Wilshire Boulevard, during the south side's closure, and the city will continue outreach and trash collection to those unhoused residents, Rodriguez said. 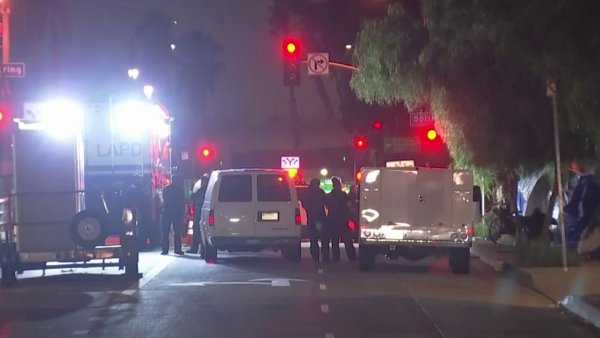 Cedillo's office said the goal of the rehabilitation project is to make the park safe and clean for residents of the dense neighborhood, many of whom don't have other outdoor space. The park's maintenance has been deferred for more than 19 months due to the COVID-19 pandemic.

"We want to provide a safe, clean and secure park for all people that come to MacArthur Park to play, relax and enjoy this precious open space that lies in the heart of our low-income neighborhood of Westlake," Cedillo said.