Police arrested a 20-year-old man Thursday for allegedly using Twitter to make shooting threats, actions that the man's friends claim were part of a prank that got out of hand.

It had captions with the quote, "100 RT's (Re-Tweets) and i'll shoot someone walking."

Police learned of the case on Wednesday and were able to then determine the location of the photos and the identity of the Twitter account user.

"We do have officers who are assigned to kind of like monitor social media," LAPD Officer Nuria Vanegas said.

NBC4's Kate Larsen spoke with some of Mcanuff's friends who wished to remain anonymous. They said the whole thing was "a joke", "no harm was done to anyone" and that "LAPD completely overreacted."

Two additional photos of staged crime scenes (right) were tweeted after the rifle photo, according to Mcanuff's friends. One showed a man on the ground with the caption "man down mission complete" and the other showed a photo of Mcanuff acting like he had gotten arrested, sitting in front of a cop car. All three photos were part of a Twitter prank, Mcanuff's friends said. 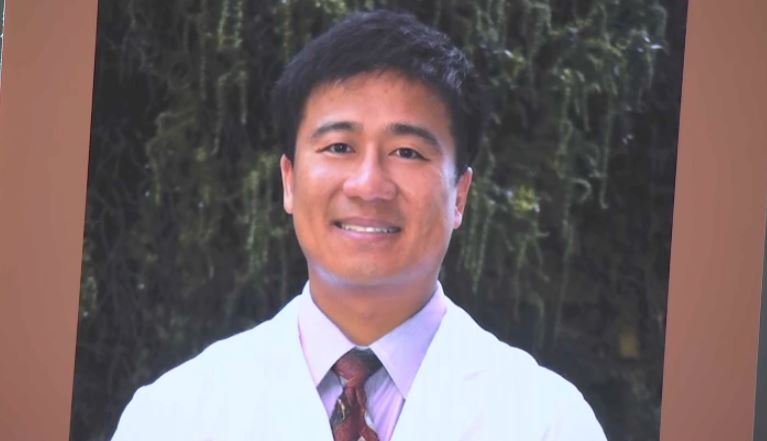 Police arrested Mcanuff at his home and recovered an air rifle. He was booked into jail on a charge of criminal threats. His bail is set at $50,000.

"Knowing that someone even with an air rifle has the thought to put in this kind of stuff in the internet, without any disregard for public safety, it’s a scary thought," Vanegas said.