The DA said it was a "night of terror,'' and told jurors that the crime scene in the apartment "looked like a scene from 'The Shining.'''

A man who videotaped his stepchildren opening Christmas presents with their dead mother propped up on the couch was convicted Wednesday of beating her to death at their apartment in Anaheim.

William Wallace, 39, who is scheduled to be sentenced June 4, was convicted of second-degree murder for the Christmas Day 2011 death of 26-year-old Zazell Preston. Jurors began deliberating Tuesday and reached a verdict the next morning.

The victim's 3- and 8-year-old daughters from a prior relationship and the couple's 7-week old baby were in the apartment at the time their mother died. 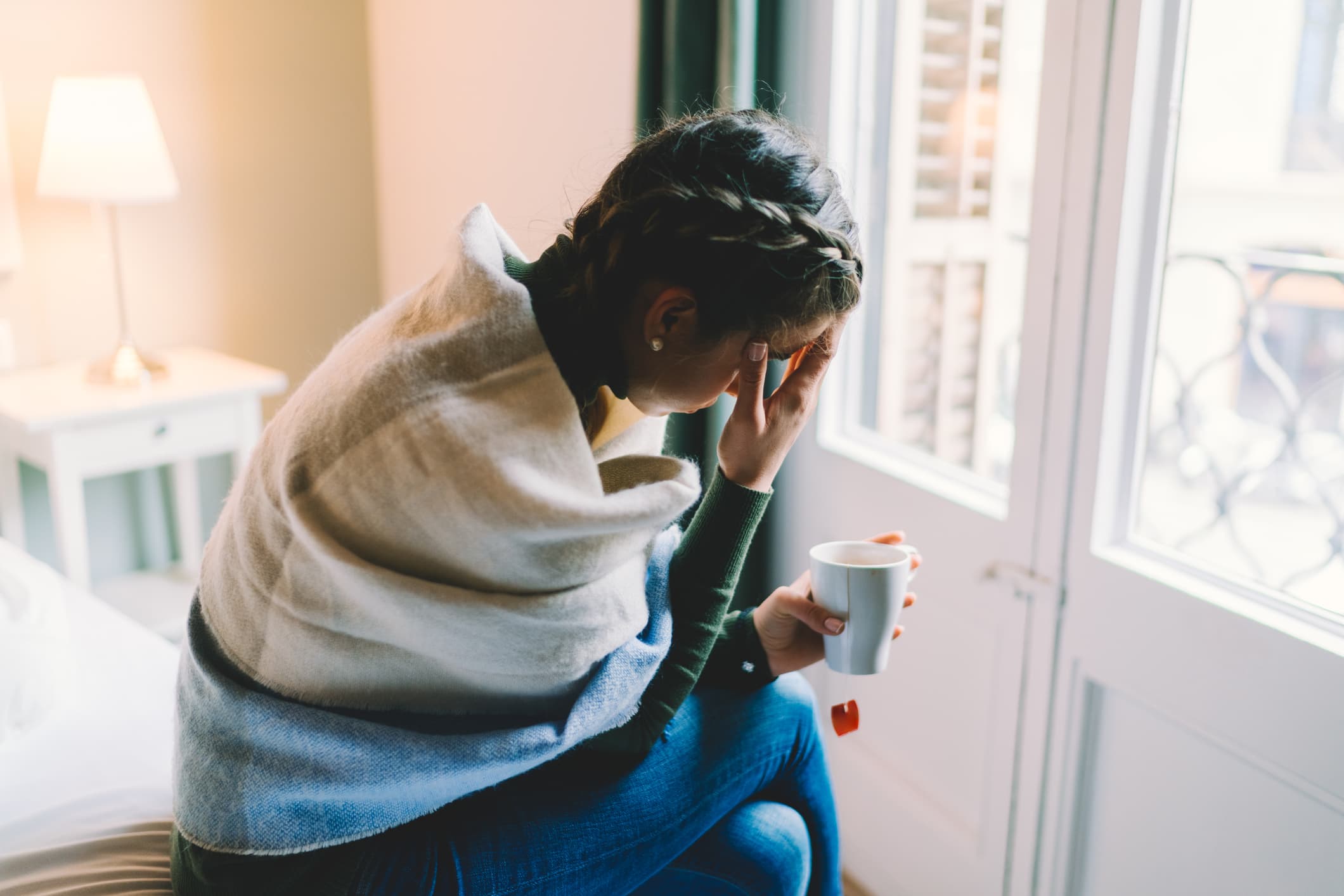 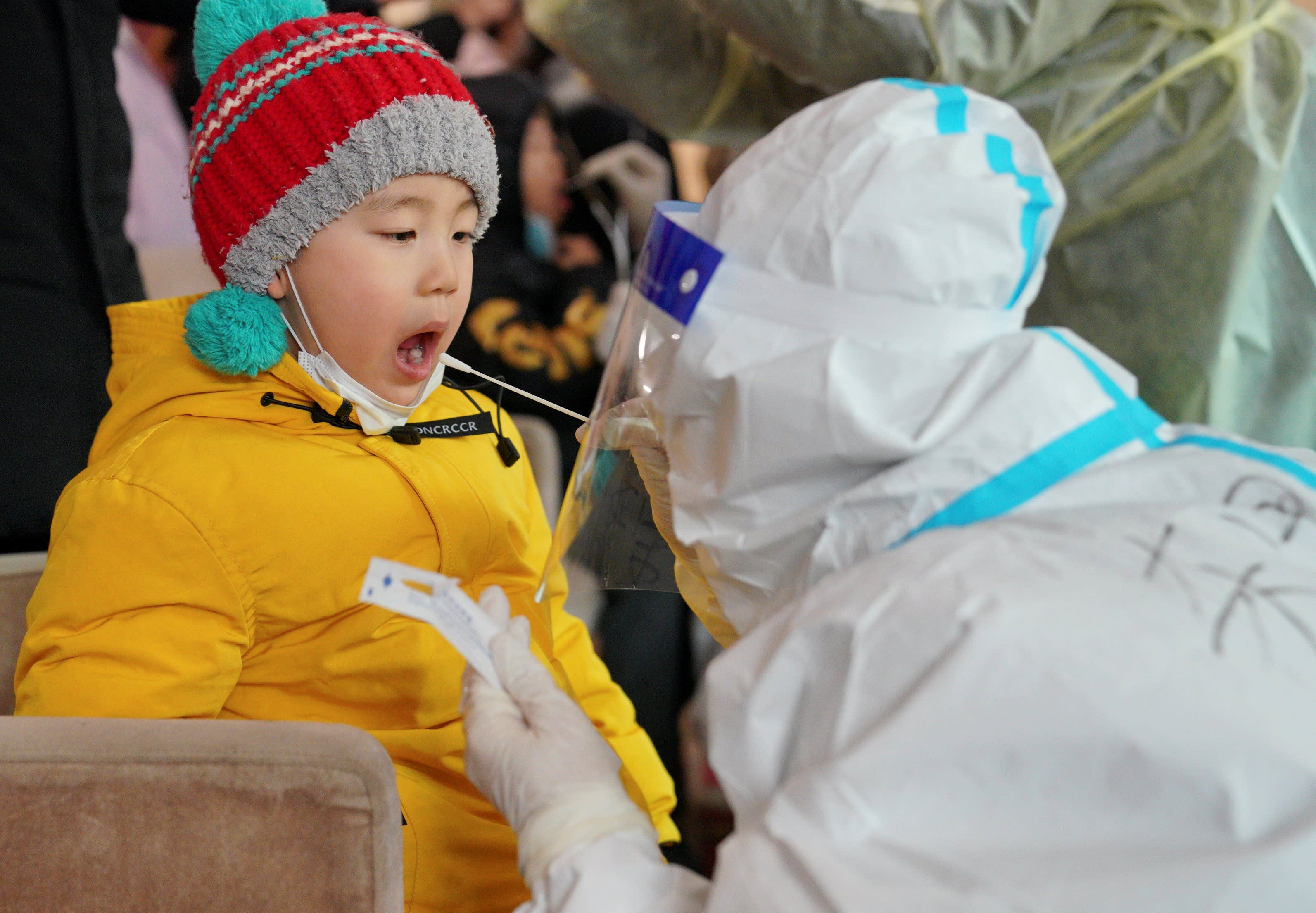 Authorities determined Preston died about 1 a.m., but Wallace propped up her body on the couch while he videotaped the girls opening presents later that morning, according to Senior Deputy District Attorney Heather Brown.

Wallace called 911 about 9:30 a.m. that Christmas morning to report his wife needed medical help, according to police.

"He repeatedly threatened to kill her,'' Brown said in her closing argument.

Wallace was "beating her in the head -- that's the kill zone,'' Brown said. "That's why she's dead. He hit her in the head over and over... all the injuries to her head killed her.''

While many are posting questions and concerns about coronavirus vaccine side effects, it's important to remember that many people have no side effects from vaccines at all, NBC News' Dr. Natalie Azar explains.

Brown characterized it as a "night of terror,'' and told jurors that the crime scene in the apartment in the 200 block of Laxore Street near Lincoln Avenue "looked like a scene from 'The Shining.'''

Jurors were instructed to consider first- and second-degree murder as well as voluntary and involuntary manslaughter in their deliberations.

Brown dismissed any suggestion by the defense that Preston may have fallen down and hit her head because she was drunk.

"Even if you believe this was an accident, his failing to get medical attention is implied malice murder,'' Brown said, referring to evidence that suggests the victim died around 1 a.m., but the defendant did not call police until later that morning.

Brown also discounted a suggestion that the defendant was also drunk from a Christmas Eve gathering with neighbors.

"There is so much evidence to indicate he was not drunk that night,'' Brown said. "He carried a 114-pound woman up a flight of stairs at 1 a.m. He wasn't too drunk to repeatedly punch her in the face, and call her horrible names.''

A neighbor also saw the defendant pick up the victim's shoes and heave them up a flight of stairs as he was taking her to their apartment, Brown said.

The prosecutor also argued that Wallace "wasn't too drunk for a clean- up job'' of the victim, telling the jury that the defendant changed her clothes in the bathroom.

When paramedics arrived, they saw no blood or evidence of a beating so they tried to perform CPR to revive the victim, Brown said. A 911 dispatcher had tried to instruct Wallace on how to revive her as paramedics rushed over to the apartment, but he hung up, Brown said.

"He wasn't too drunk to call his brother around midnight and tell him that his wife wasn't moving,'' she said. ``He had the wherewithal to dial his brother's number.''

Wallace pleaded guilty to beating the victim and threatening to kill her in 2008 and did 18 days in jail, Brown said.

Three days "before this brutal beating,'' Preston had confided to family while on a holiday shopping trip that she wanted to leave Wallace, the prosecutor said.

"Perhaps he learned she was making plans to leave him,'' Brown said, adding that the defendant was "so insecure'' that he would beat his wife if she "was at the store too long.''

Brown said that Wallace told Preston's then-8-year-old daughter to lie to police, which is why she gave inconsistent reports of what happened to her mother. Wallace had been in and out of jail and the girl didn't know whether she would remain in his custody, Brown said.

If Preston had suffered a debilitating accidental fall, "innocent people call 911,'' Brown said. "He told her, 'If you leave me I will kill you,' and he made good on his promise.''

Wallace's attorney, Heather Moorhead, said, "Did Mr. Wallace intend to kill his wife? And the answer to that is an emphatic no.''

Moorhead argued that the couple had both gotten drunk that night and that "Ms. Preston fell down more than once... at the bottom of the stairs, against a glass table, in the bathroom. By accident she fell ... The whole situation was horrible, but it was not murder.''

Moorhead said the bleeding in the brain was so widespread that "it was impossible to determine which injury to her head caused the bleeding.''

The defense attorney added, "If you believe this was from an accident then Mr. Wallace is not responsible for her death ... We can't say which injury caused the death. There is absolutely no proof.''

Moorhead argued that the couple had their ups and downs and times when they were happy together. She said Preston at one point in August 2011 moved to modify a stay-away order so they could be together again.

"This case is about what Mr. Wallace intended,'' Moorhead said. "He wasn't perfect that day, but he did not act with any intent to kill ... and because of that you cannot find him guilty of murder.''