The shooters were wearing masks and dark clothing.

A 55-year-old man was killed Tuesday after he pursued the SUV of two men who had shot at him in Long Beach.

Jaime Perez, of Long Beach, was inside his parked vehicle in the 3500 block of Eucalyptus Avenue, near Magnolia Avenue, about 7:25 a.m., when a dark-colored SUV with two men inside pulled up next to him, according to the Long Beach Police Department.

The two men exited and approached Perez's vehicle, and Perez accelerated from the curb, police reported.

One of the men immediately fired gunshots at Perez before getting back into the vehicle and fleeing, and Perez turned his vehicle around and pursued the men southbound on Eucalyptus Avenue, according to police.

It was not immediately clear if Perez was struck by the gunfire.

The vehicles crashed near Magnolia Avenue and Wardlow Road, and at least one of the men shot again into Perez's vehicle then fled southbound on Magnolia, police said. 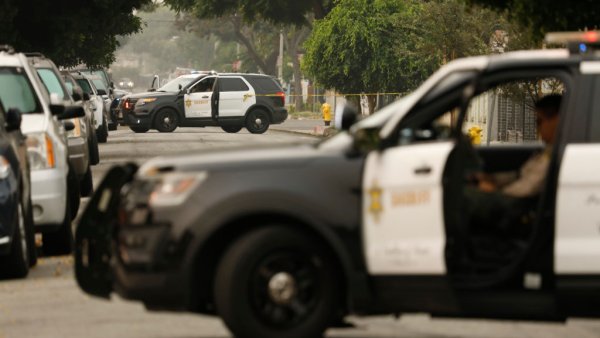 Officers found Perez non-responsive in his vehicle, and he was taken to a hospital, where he was pronounced dead, police said. He had been shot in his upper body.

The shooters were wearing masks and dark clothing. Anyone with information about the shooting was urged to call LBPD Homicide Detectives Don Collier or Leticia Gamboa at 562-570-7244. Those wishing to report anonymously can call 800-222-TIPS.