Man With Body Armor Killed by LAPD in Hollywood Identified

The coroner's office has identified the man killed on Sunset and Fairfax as 34-year-old Richard Solitro.

The man who was shot and killed by the Los Angeles Police Department in Hollywood Saturday has been identified, and may have had previous run-ins with law enforcement before coming to the Los Angeles area.

The coroner's office has identified the man killed on Sunset and Fairfax as 34-year-old Richard Solitro.

Police were investigating at a nearby hotel Sunday morning, where guests say the suspect’s car was spotted. 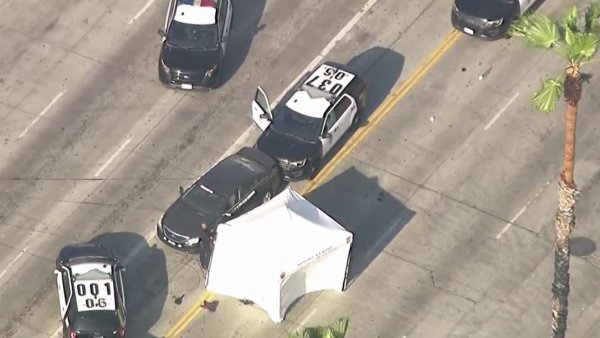 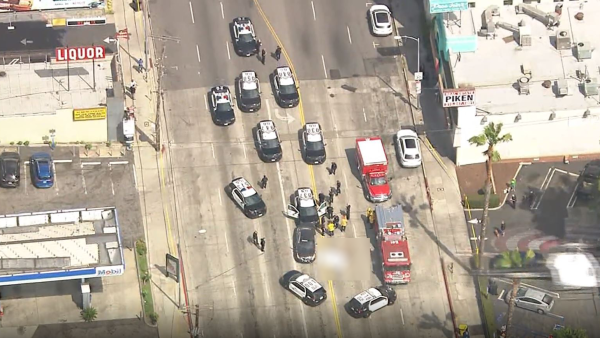 LAPD says their officers were confronted on Sunset Boulevard Saturday, when a driver cut them off, hit reverse and backed into their patrol car. They say the man got out, confronted the officers while wearing a bulletproof vest and had his hand behind his back.

The LAPD say they ordered the man to show his hands several times, before he started counting down, and they opened fire.

Solitro died at the scene, but police say he did not have a weapon.

His black sedan had words written on it, including “King Satan 666,” references to government deception, new world order and the Bible.

The car stood out so much that a guest at the Quality Inn Hotel on La Brea Avenue reached out to NBC4 letting us know the car had been parked there and Solitro had been a long term guest.

Richard Solitro's father says his son was visiting California from Rhode Island and that he was also involved in a police shooting there in 2018. Kim Tobin reports for NBC4 News at 11 p.m. on April 25, 2021.

The front desk could only confirm to NBCLA that detectives were there over the weekend, but they could not comment further.

NBCLA reached out to family members of Solito’s in Rhode Island and talked to his mother, who asked for privacy at this time.

A man with the same name was shot by North Providence police in Rhode Island in 2018, after they say an officer doing a mental health check at the home was confronted by a man with a replica gun.

NBCLA contacted police in Rhode Island who said they are aware of the incident in LA.

They would not confirm if it was the same Richard Solitro killed by LAPD officers Saturday, but they said they could release more information as soon as Monday.