Watson was sentenced to death in October 1971, but his death sentence was reduced to life in prison after the California Supreme Court overturned capital punishment statutes in 1972.

For the 18th time, parole was denied Friday for Charles "Tex'' Watson, who was convicted along with Charles Manson and other Manson followers for the 1969 murders of seven people during a two-day crime spree.

A Board of Parole Hearings panel heard Watson's case Friday at Richard J. Donovan Correctional Facility in San Diego. Watson, now 75, will be eligible for another parole hearing in five years.

In an excerpt, Tomorrow Coast to Coast interviewed Charles Manson 20 years after the Tate LaBianca murders.

Watson, a native Texan who turned to religion after the killings, was convicted along with Manson and followers Patricia Krenwinkel and Susan Atkins of first-degree murder for the Aug. 9, 1969, deaths of pregnant actress Sharon Tate, Abigail Ann Folger, Wojciech Frykowski, Steven Earl Parent and Thomas Jay Sebring at a Benedict Canyon home.

The four also were convicted along with Leslie Van Houten of the stabbing deaths of wealthy businessman Leno La Bianca and his wife, Rosemary, in their Los Feliz-area home the next day. 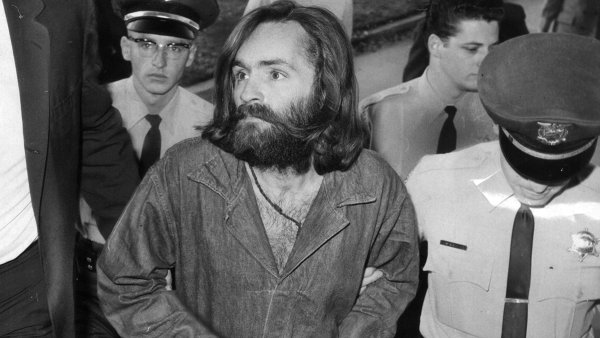 Arrest After Man's Body Found in Car Trunk in 2019

Watson was sentenced to death in October 1971, but his death sentence was reduced to life in prison after the California Supreme Court overturned capital punishment statutes in 1972.