Showers are expected in most areas of the Southland on Monday and a winter weather advisory is in effect for the mountains.

A brief cold system is expected to move through the SoCal Monday, bringing rain, snow and gusty winds.

Showers are expected in most areas of the Southland on Monday before dry weather returns for the rest of the week, with a warming trend beginning Tuesday.

"This is going to be a quick-moving storm when it comes to the rain," said NBC4 forecaster Belen De Leon.

Wind gusts of 45 mph were expected late Sunday and Monday in the high desert, with gusts of 40 mph in the mountains.

A winter weather advisory is in effect for mountain communities through Tuesday morning. A cold weather alert was also in effect through Monday for the mountains and the Antelope Valley, where temperatures will drop into the 20 and 30s at night.

Light to moderate snow and gusty winds are expected, with total snow accumulations of up to 6 inches and winds gusting as high as 50 mph. Snow
levels will fall to around 3,000 feet.

Plan on slippery road conditions and possible road delays or closures. Light snow accumulations are expected on the 5 Freeway over the Grapevine, Angeles Crest Highway, and Highway 33 and Lockwood Valley Road in northern Ventura County.

In addition, a wind advisory is in effect from 11 a.m. to 7 p.m. Monday for Los Angeles and vicinity, with gusts to 45 mph, strongest at the beaches. 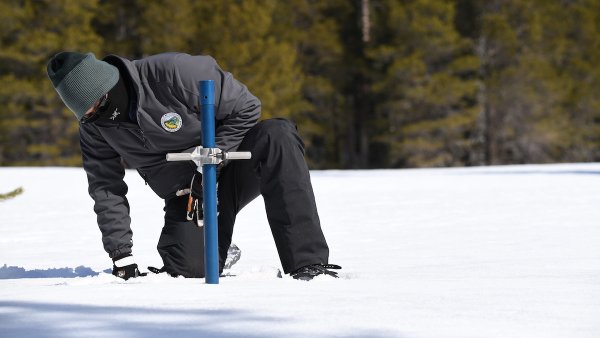 The late-season storm also is brining snow to the Sierra Nevada Mountains. California’s overall rain and snow totals have been running well below average because of a largely dry winter that persisted through February.

A key indicator of water supplies will come with a Sierra snow survey on April 1, the date when the snowpack is normally the deepest and has the highest water content.