The blaze destroyed the rooftop and most of the interior of San Gabriel Mission, which was undergoing renovation to mark its upcoming 250th anniversary celebration.

Mass was celebrated Sunday on the grounds of an historic Catholic church in Southern California that had been heavily damaged by fire a day earlier.

The blaze early Saturday destroyed the rooftop and most of the interior of San Gabriel Mission, which was undergoing renovation to mark its upcoming 250th anniversary celebration.

Photos: The Aftermath of an Early Morning Fire at the Historic San Gabriel Mission

Archbishop Jose H. Gomez presided over Sunday's service at a chapel near the burned sanctuary.

Liccia Beck said she was saddened by news of the fire at her home parish. She was among a crowd of worshipers which arrived early to pray the rosary before the Mass.

“I’m hoping that more people will show up throughout the day,” Beck said. “We need to pray for our churches and our people that they’re safe.”

Parishioners wore masks and kept a distance from each other because of the coronavirus epidemic.

Nobody was hurt in the fire.

Gomez said in a statement that historic paintings and other artifacts had been removed as part of the renovations.

Firefighters entered the church around 4 a.m. Saturday and tried to beat back the flames, but they had to retreat when roofing and other structural materials began to fall, San Gabriel Fire Capt. Paul Negrete said. 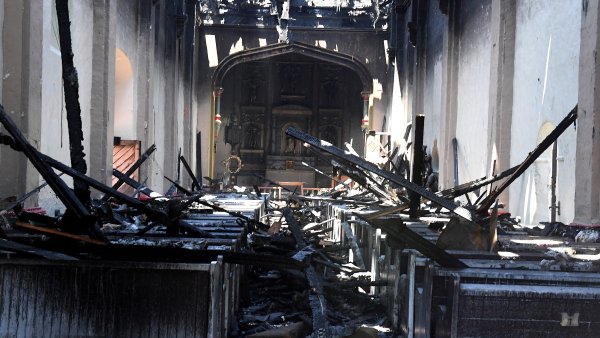 Photos: The Aftermath of an Early Morning Fire at the Historic San Gabriel Mission 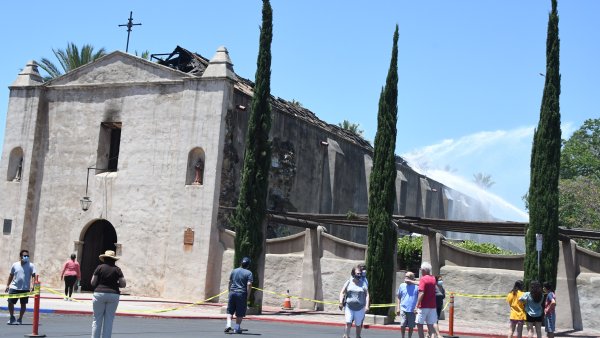 The cause of the fire was under investigation, Negrete said. He said the recent toppling of monuments to Junipero Serra, the founder of the California mission system who has long been a symbol of oppression among Indigenous activists, will be a factor in the investigation.